Djunn, Djunn, Djunn! With Two Suns And Many Moons, Even Tanglewood isn’t Safe After Dark

Tanglewood is out now on Steam in PC, Mac, Linux AND Mega Drive ROM formats, the last of which may be loaded onto an Everdrive type flash cartridge, plugged into a SEGA emulator or similar console, and played for its warm fuzziness as per Big Evil Corporation.

Be a little patient however and you’ll soon be able to purchase an original boxed cartridge of the game compatible with the Mega Drive, Genesis and similar; pre-orderable too. But why would you want to do that?

For the warm fuzziness, like I said before, since Tanglewood takes parts off The Lion King and Sonic The Hedgehog, mixes it with the likes of Limbo and Ori, before throwing in some Abe’s Odyssey and Heart of Darkness for taste.

It calls itself the real 16-bit deal, a 2D puzzle-platforming adventure programmed with languages, tools and processes of the 1990’s even, and a successful Kickstarter campaign backing its claims. It all takes place on a distant planet where despite its two suns and many moons, isn’t a very hospitable place after dark.

Folks like Nymn, a member of the Djunn species and our protagonist here, have learnt to survive by living in packs, underground, only to emerge during daylight. But when he separates himself from the clan one sunset, he ends up giving Big Evil Corporation an excuse to develop an entire game based off him.

Now Nymn must contend with the setting sun; we’re talking terrors, traps and plenty of trickery on your part as he attempts to get home before night falls. Those dogs with massive jaws you see in the trailer? Those are Djakks. Expert trackers and absolutely nuts although legends speak of tribes once being able to ride upon them for a game of Djunn hunting. 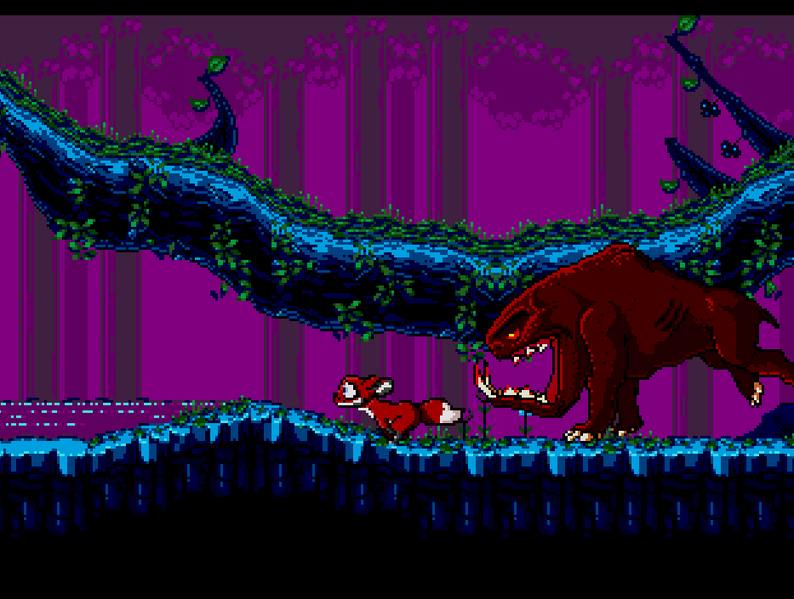 Not that Nymn’s going to be able to do much with that piece of Djakk lore except climb farther up a tree when he sees one, but at least he can roll around those colored balls of fluff called Fuzzls. And he’d actually be doing himself a favor by rolling one all the way back to its nest, as they render Nymn their thanks by sharing colors and abilities.

Which is important because color is at the heart of Tanglewood’s gameplay it seems; not only do different colors cause the world’s species to react differently to Nymn, but some might even allow for invisibility/time manipulation like special powers. 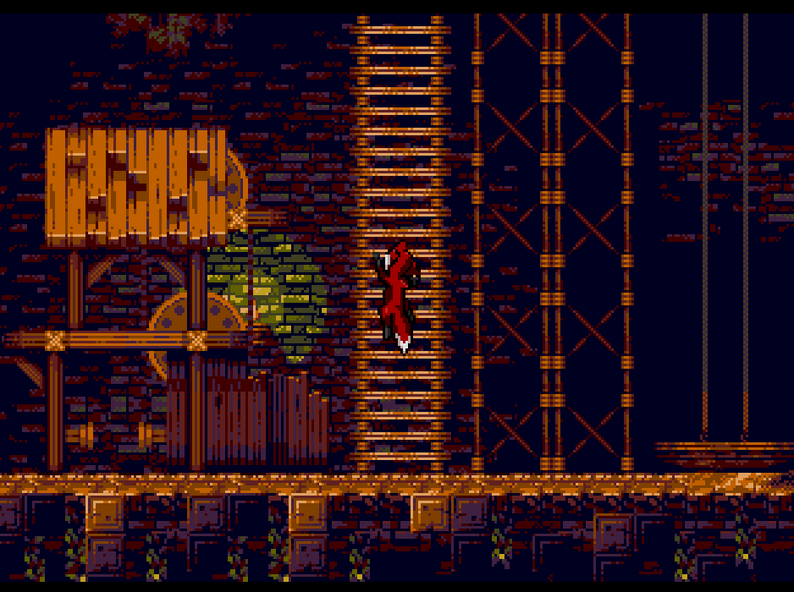 Nice, yeah? Go try the demo then instead of reading me ramble.