A puzzle game that awakens the mind and quietens the soul? That’s like trying to pat your head and rub your tummy at the same time.

But I’m willing to give Evergarden the benefit of the doubt. It claims that its rhythm is of such a calming sort that you probably won’t realize when you’re hypnotized into wandering deep within a forest, combining plants to make strange things and unearthing its many secrets.

It might seem familiar at first but you haven’t played it before; you might not also notice the gramophone sitting in the garden or your meow-like creature guide, Fen, for that matter.

Evergarden is both puzzle and 3D adventure; on one hand is a hexagonal system that’s equal parts deep and strategic, luring players to grow gardens, combine plants and creating valuable items within a turn limit.

Or that’s at least what the game will lead you to believe, for hidden beneath this simple goal are hidden rules/strategies that can only be discovered by extended game-play and a community of other players to trade notes with.

There’s not much hand holding either, it seems, enticing players to find their own pace as per skill and degree of contemplation. On the other hand Evergarden offers a mysterious jungle with nearly 8 hours of exploratory content, its own assortment of puzzles, and a daily procedural challenge to commit to. 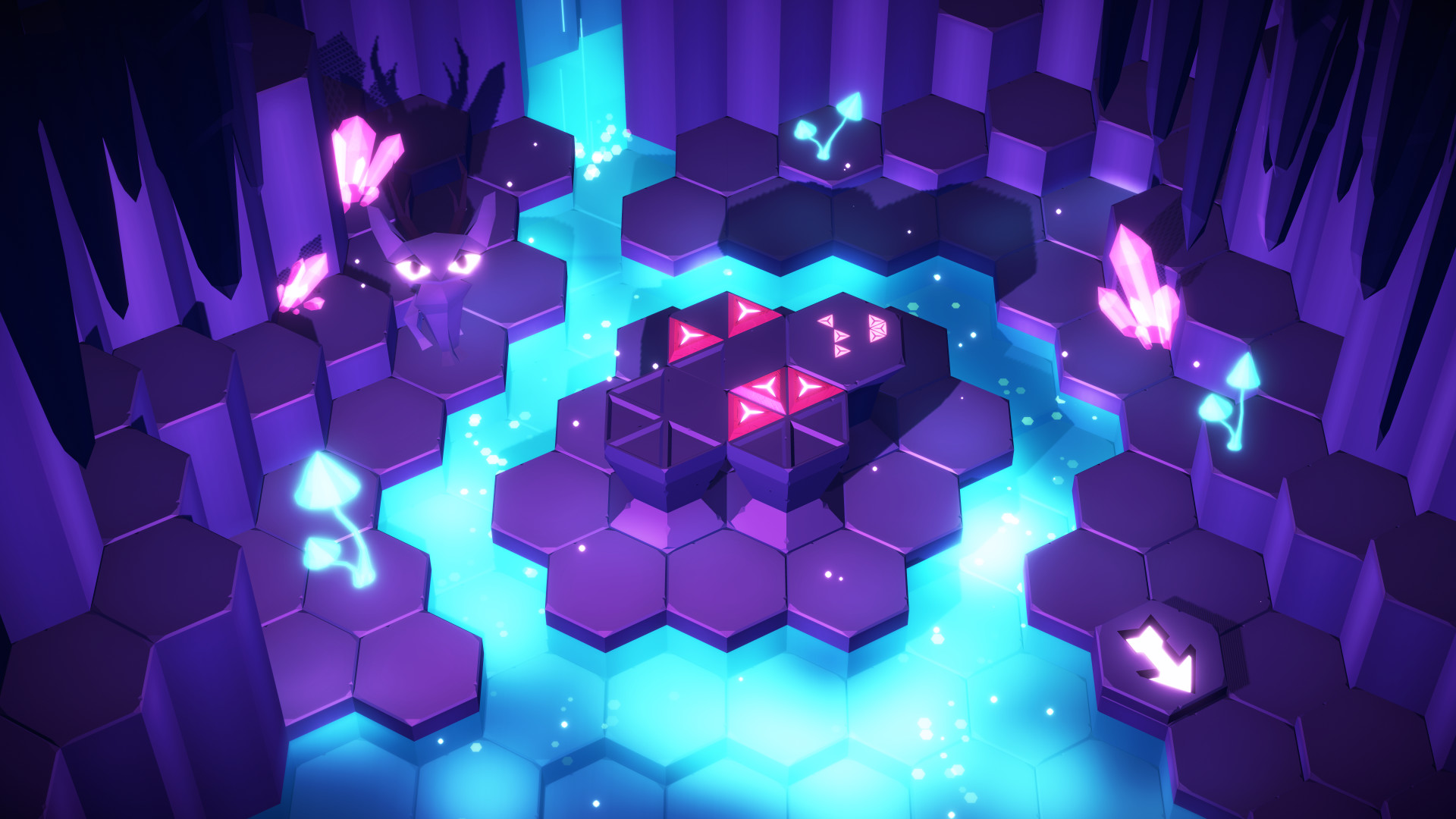 It’s not too odd a combination considering the adventure segment serves as a tribute to developers Aaron and Forest San Filippo’s mother, who’s unfortunate demise occurred during the game’s 4 year production cycle, and who also happened to foster a deep love for all things in bloom and peace.

The puzzle aspect of Evergarden in contrast will take time to master, can be played repeatedly, features leaderboards and in this sense, never truly ends.  Try it on either of Steam or the App Store this August, 16th.