Now here’s a neat little project from Knife Entertainment. It’s called Reborn and it’s about a hunter trapped in a world of the occult and mysticism. It’s a little bit like a cross between Supernatural, Silent Hill and Blood.

Players take on the role of a hunter who travels to a region that has seemingly been taken over by the spirit of occultism. Armed with a three-barreled shotgun, a revolver, and other practical weapons, it’s your job to defeat the horrors you encounter, and uncover the truth behind their presence.

Knife Entertainment’s title doesn’t have narrative girth surrounding its description, but instead the developers have focused on building out a world with a more realized world and a haunting use of atmosphere and lighting to create a survival-horror title that actually lets you fight back.

You can check out the gameplay trailer below to get an idea of what the combat and level design is like.

I have to say that the environmental designs are fantastic. The lighting and ambiance is perfect.

I never would have expected that this was running on the Unity 3D game engine. There’s a lot of natural lighting emitters used to create such a stunning and atmospheric presence for both the outdoor and indoor levels. The physically-based rendering with the directional light-casting also helps illuminate objects in ways that make them appear eerier than what they might have been under brighter circumstances.

The use of orange and flesh-colored hues gives the game a nice gory presentation. This also fits in nicely with the way the damage system appears to work, where players will have to be mindful about the way enemies attack. 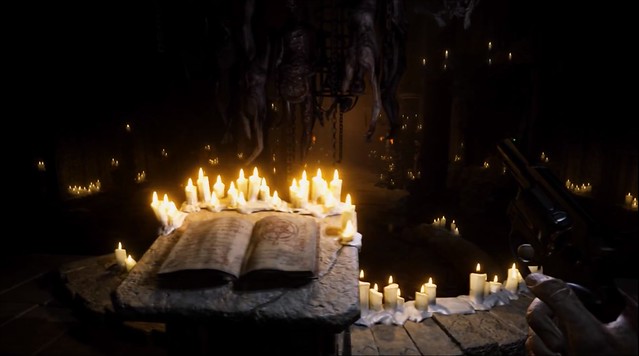 Reborn could definitely end up being a sleeper hit of 2018 if it’s more horror than action. I think a well paced, immersive experience where the ability to fight back is always an option, but the engrossing elements of terror and occultism could really help carry the game a long way. Almost like Outlast, but with guns.

A lot of the gamers in the discussion threads are really looking forward to this one, so we’ll see if they can hammer out something worthwhile when Reborn launches later this year on Steam for PC.

If you’re planning on picking up a copy when it does launch, you may want to look over the system requirements first by giving it a look-see over on the Steam store page.