Whilst I understand how the various Telltale series became popular thanks to their unique art style and use of very popular IP (like The Walking Dead and Game of Thrones, among others) but personally I never considered them to be games, as such. Interactive experiences, yes, but more the kind of thing that would work well on mobile devices rather than consoles or gaming PC’s. Whether I’m right about that or not doesn’t matter, but it does serve to explain why I was excited about the idea of The Council as soon as I heard about it.

Essentially a mix between the purely narrative adventures that Telltale make and a more traditional point and click adventure, The Council places us in the shoes of deadpan protagonist Louis de Richet. Following a rather dramatic opening in which we learn that Louis and his mother (Sarah de Richet) are in a spot of bother, we find ourselves transported back in time to an opulent mansion owned by a mysterious benefactor, with Sarah missing and Louis rather confused about who or what he’s going to need to deal with. 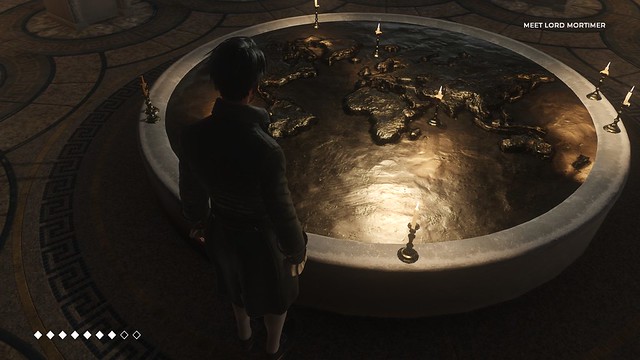 There are three episodes available now (with two more to come) so it seems the ideal time to dive into Louis’ adventure, although clearly the relevance of this review will diminish once the fourth and fifth episodes are released. What I don’t expect to change materially are my comments on how the game looks, sounds and plays, because those things have been fairly consistent across the initial three episodes, except where I’ll specifically call out features to the contrary within the body of the review.

My first impression of The Council wasn’t brilliant, if I’m honest, mostly because it uses an ambitious “ultra realistic” graphic style that it can’t quite pull off. Faces and hair, for example, look pretty gnarled and crazy, especially in the case of some of the older characters (including Sarah) who look as if they are borderline members of some kind of undead cult. It might sound an odd thing to call out, but the inclusion of moving eyeballs is particularly disconcerting in some characters, since they seem to be animated in such a way that makes them appear absolutely terrifying. 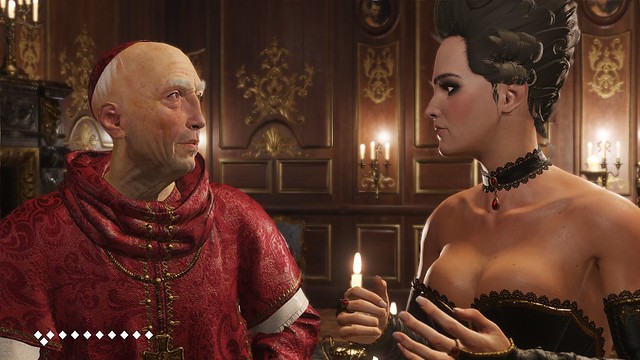 I also found that the voice acting was a little bit off to begin with, but I quickly realised that it’s only Louis who is particularly poorly handled. Both his script and the actual delivery of his lines seem a bit offbeat – I kind of get that during the opening episode at least, he’s still new to the secret cabal of world leaders, politicians and luminaries into which he is thrown, but still, he comes across like a clueless muppet a lot of the time. As in many narrative games, The Council has characters like George Washington indirectly praising the player (through Louise as their avatar) for doing entirely mundane things like interrupting a conversation with some inane comment.

Focusing back on what’s good – many of those world leaders are well delivered and interesting to engage with. Washington is one of the best, but the rest of the cast is also interesting and includes the likes of Napoleon Bonaparte as well as a number of fictional or embellished individuals. It’s worth noting that the cast is a complete whitewash (which is undoubtedly in the interest of historical accuracy, however given that the subject matter is rather fantastical, that’s tenuous) but there are several female characters that are generally interesting and well represented. Arguably the most (or at least second most) powerful character in the game is Sarah, who appears to be by far the most competent in several areas. 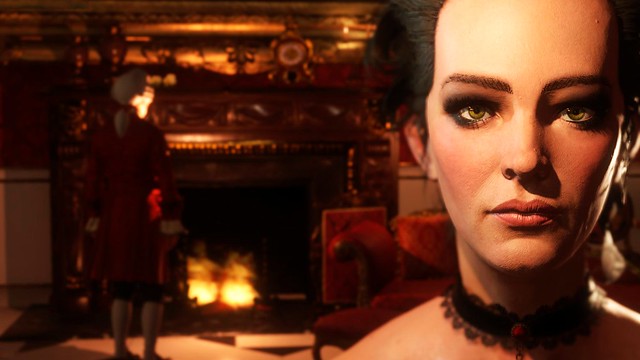 On that note, the game itself is really a classic “fish out of water” story in which Louis must familiarise himself with an uncertain environment in which he is compelled to remain because his mother has gone missing. We learn quickly that the man who brought Louis, his mother and the illustrious cast of characters to his private island is rather elusive and enigmatic, so much of the game is spent uncovering secrets through conversation, exploration and basic puzzles. What excited me about The Council when I first saw it revealed was the promise that choices would have real consequences and that the game truly would feature several paths.

In addition to a branching story (which I think The Council handles fairly well and certainly much better than any Telltale game) the game features an RPG-like skill tree. The overwhelming majority of the skills on offer relate to dialogue choices and in turn, how easy it is to influence characters. Everyone has weaknesses and resistances when it comes to what affects them and understanding them (which is kind of handled for you by an in game journal) is important because Louis is such a dullard that almost all complex conversations sap his energy forcing him to eat tons of, erm, Royal Jelly. Yes, from bees. Whatever. 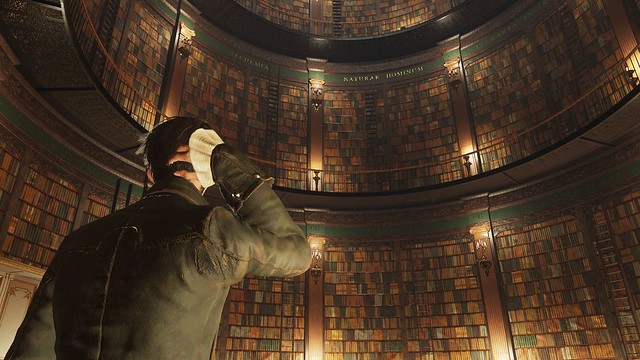 In practice, what this means is that every conversation will feature one or two opportunities to use a skill in order to drive a narrative outcome. For example if Louis is fluent in etiquette, he might be able to make a joke or observation about how another guest has no place at such a fine table. Similarly, he might be able to comment on science or politics if he has the right skills, whilst those he doesn’t have will appear, but won’t be available. Many of these options result in the same outcome albeit with different dialogue, but occasionally the game triggers a confrontation, in which Louis must avoid entirely wrong answers in order to achieve a good outcome.

Louis’s skills can be upgraded periodically by spending XP earned over the previous chapter, as well as by choosing to read books that he finds around the mansion, which usually convey an automatic bonus to the related skill, albeit not until the end of the next chapter. I mentioned earlier that Louis can use Royal Jelly to replenish his energy, but he also has access to a few other elixers that allow him to use skills for free, or to remove the negative effects that certain encounters can place on him. 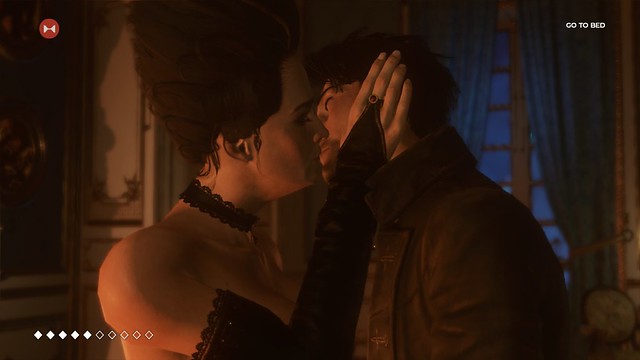 Ultimately, you’ll be playing The Council for the story, which personally I quite enjoyed. In the first episode, Louis is an unlikable, uninteresting individual who is carried by much better characters like Washington and Cardinal Giuseppe Piaggio, who turn in an excellent shift from both a voice and narrative perspective. By the second chapter, the game offers more interesting locations to visit and perhaps a bit more of an actual game – the first is restricted mostly to set pieces that offer little room to explore. The third episode is the best and whilst I don’t want to say too much about it, it takes the mantel of being the midpoint of the series and runs with it, which certainly leaves me feeling positive for the remainder of the content.

Considering that the story started out interesting and has only become more compelling and because the dialogue is almost always interesting, I’m still enjoying The Council. I like that there are both pivotal conversations that can really change things, as well as the skill based outcomes that present merely a veneer of choice in some conversations, which has always been lacking in other narrative adventures. The Council also has outright missable scenes, should you fail to explore diligently enough, so it makes a good case for replayability in several areas. Louis himself is a bit of a sop, but by episode three both his character (and the actor that plays him) appear to have gotten into a decent stride.

Given that you can buy the first episode in isolation to get a taster of what The Council is all about, I think you should: