Asmodee Digital and Polish development outfit The Knights of Unity graduated their digital board game Scythe: Digital Edition from Early Access on September 5th, 2018. The game had been receiving a lot of positive feedback and support from the Eastern European gaming community leading up towards its release, but when the release day came the playability of the game fell short of expectations.

The coronation of graduating from Early Access was undercut by the launch day patch that actually made the game somewhat worse than when it was in Early Access, as evident with the user review scores that took a major decline from “Very Positive” while Scythe: Digital Edition was in Early Access, to “Mixed” when it launched in full.

So what happened? Launch day woes.

“Thumbs down is what you get when your customer can’t even reach the main menu due to the bugs the game is riddled with and the support doesn’t answer his email for 5 days.

“Refund and so long, Asmodee.”

Another user going by the handle of ShadowDanncer had similar qualms, stating that the server stability isn’t reliable and resulted in a lot of dropped online games, as well as a lack of quality of life features for setting up lobbies, the lack of private games, and a disjointed setup for organizing online play, in addition to several other UI-related bugs…

“On the whole, the game isn’t worth $20, or $80-$100 to play it with 4-5 friends remotely, which is sad, because Scythe is a good board game. Hopefully quality of life updates will be made and the game will be better, but I do not recommend it in its current form.” 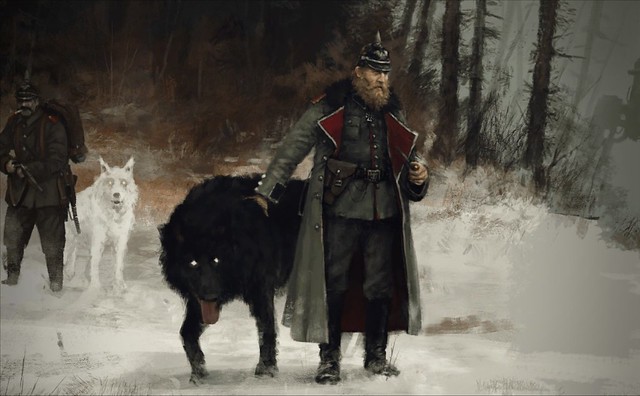 Anachrodragon also had the same complaints, stating that the “unintuitive” options for setting up faction play or even casually playing online with friends made it a hassle and impossible to play with their husband…

“I purchased this primarily so I could play Scythe with my husband, but there doesn’t seem to be any way to make a private game for online play. I don’t see any way to invite friends to your online game either, and there is no LAN option. The solo play options seem nice, but the multiplayer is unintuitive and lacking the basic options found under “Play” (offline). You can’t even choose a faction in online play. I’d really like something I can play casually with friends.”

Now keep in mind that this doesn’t speak at all to the quality of the gameplay or the depth of the strategic mechanics that make up the core of Scythe: Digital Edition.

A large multitude of gamers have all praised The Knights of Unity for fleshing out a worthwhile, interactive experience based on the real life board game of the same name.

The title is based around an alternate history of Europa where five major factions themed around Eastern European cultures clash in a World War I-style battle involving war animals, resistance fighters, and diesel-operated mechs.

The premise is very similar to Iron Harvest, but instead of it being a real-time strategy game, it’s set atop a hexagonal board featuring turn-based gameplay.

You’ll have to acquire resources, take control of key locations, and attempt to battle against the other factions for dominance.

So far there haven’t been any new major updates for Scythe: Digital Edition since its launch, which is quite the shame because it sounds like a faithful recreation of the board game, it just needs a little bit of tender, love and care for the quality of life features.

If you want to keep an eye on the game or follow any of the developmental progress, be sure to pay a visit to the Steam store page, where Scythe: Digital Edition is currently available for $19.99.