Pathfinder Games wants to bring gamers a historically accurate depiction of World War II by focusing on the elements that draws players to the conflict of the second World War without disgracing the brave men who fought on the frontlines to secure victory and fight against the oppressors of the free world. This is the complete opposite of what DICE and Elctronic Arts are trying to do with their fantasy-oriented game Battlefield V, where they called their fans “uneducated” for not buying into their historical revisionism.

Also, opposite of DICE and EA, Pathfinder Games have designed their game to appeal to people who respect history and are educated about the actual events of World War II, instead of the Leftist agitprop that DICE is peddling with Battlefield V that features black samurai and bionic British women on the frontlines.

Vanguard: Normandy 1944 is currently seeking funds over on Kickstarter, as they are looking to secure $13,000 to launch the game. The good part is that the game is already content complete, and they just need funds for licensing, server, and middleware costs.

You can see what they have so far with the Kickstarter pitch video below.

As you can see, the game is a multiplayer first-person shooter. It’s set during the events of D-Day and you play either as the British 6th Airborne or as the German infantry.

The game is designed around realism, and uses painstaking detail to bring the real-life weapons, equipment, and tactical realism that was present back in 1944.

As mentioned in the pitch video, Pathfinder confidently proclaims…

“We all have a passionate interest in the historical events of the second World War. And we believe that it’s important to keep these events in the past in the memory of all. Gaming is quite a powerful and interactive way of doing so.”

So essentially, opposite of DICE the developers at Pathfinder Games want to retain the legacy of history by representing it as close to real life as possible, as opposed to rewriting history for the purpose of pushing the Leftist agenda. 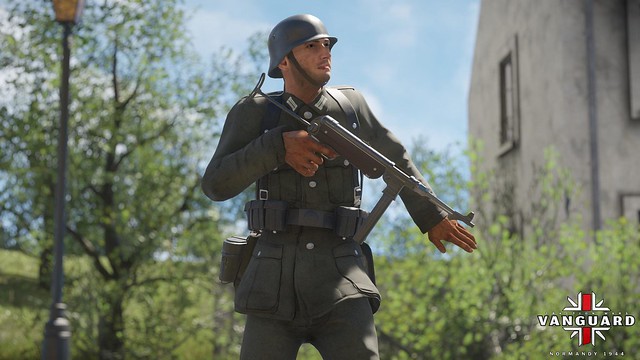 The game has been in development since 2015. The developers have been moving through the development process in a steady way, and now they’re looking to publish the game on Steam through Early Access. The Kickstarter funds will allow the developers to implement middleware for anti-cheat software, as well as covering the costs of servers, and covering licensing costs.

If you think this is the sort of World War II game that you feel is worth supporting and seeing brought to fruition on Steam, you can learn more by visiting the official website or by pledging some support via Kickstarter.