Narrative adventure. Walking simulator. First person adventure game. Whatever you choose to call games like Call of Cthulhu, the genre is only increasing in popularity. Regardless of the reason for this upturn, it’s a style of game that seems to link perfectly with horror and mystery games because of how helpless it tends to make the player feel. Just as importantly though, it’s a slower paced style of game that seems to suit smaller studios with limited production budgets and a real focus on story and dialogue.

In Call of Cthulhu’s case, the studio in question is Cyanide Studios, an outfit that produced both of the Styx games, as well as Blood Bowl 2, which remains a favourite of mine. Call of Cthulhu centres around the story of Edward Pierce; a failing, drunk private detective who is down an on his luck and in need of a break. Pierce soon finds himself heading for Darkwater Island, just off the coast of Massachusetts. Darkwater is home to a community of whalers and their families, but thanks to repeated years of poor hunting, the island (and its inhabitants) are in a poor state. 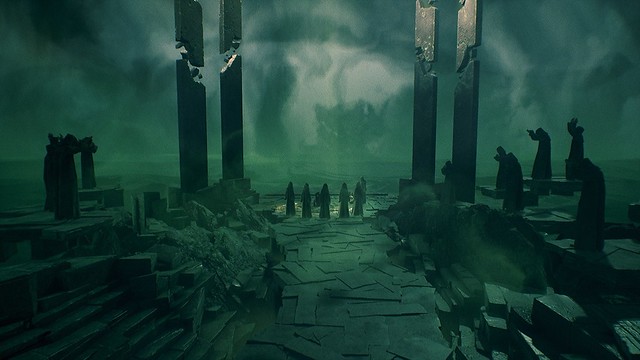 Pierce is enlisted to solve the mystery surrounding the deaths of the Hawkins family, following a fire that engulfed their mansion and was deemed to be an accident. All, of course, is not what it seems and the player soon finds themselves plunged into a story of madness, desperation and even local politics. A cast of varied and sometimes unexpected characters supports him and believe it or not, Darkwater has its fair share of interesting locations to visit, considering its apparent size.

The first thing you’ll likely notice about Call of Cthulhu is that it is on the more interactive side of games in this genre. There are lots of things to explore in its environments and a fair array of objects to pick up and examine. This approach ties in nicely with some of the puzzles in the game, which are rarely surprising but occasionally quite demanding. Exploration is also relevant to the RPG features in Call of Cthulhu, which enable Pierce to become more proficient in a couple of skills through reading from books. 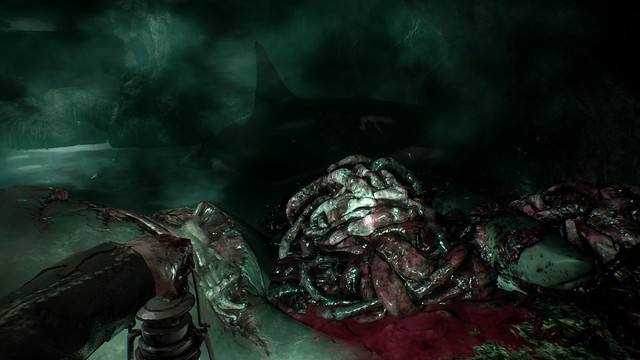 Where the RPG features come into play is primarily related to skill tests during dialogue or when exploring. As an example, Pierce can test his knowledge of medicine to examine the anatomy of a dead creature, or he can test how physically imposing he is against a group of thugs standing guard. Literally none of this is rocket science, but it is a way to explore the game from different perspectives and have a subtly different experience over multiple run-throughs.

Another feature in Call of Cthulhu is the puzzle mechanism, which sort of comes in two forms. There are traditional sorts of challenge, such as one in which the player takes on the role of someone other than Pierce and must locate a few items around a hospital, eventually turning on a water tap and drawing a hostile NPC out of the way. Then, there are more abstract ones, which generally come in the form of hidden items that may or may not progress the story, but will almost always expand the lore or open up new areas that provide further interest. 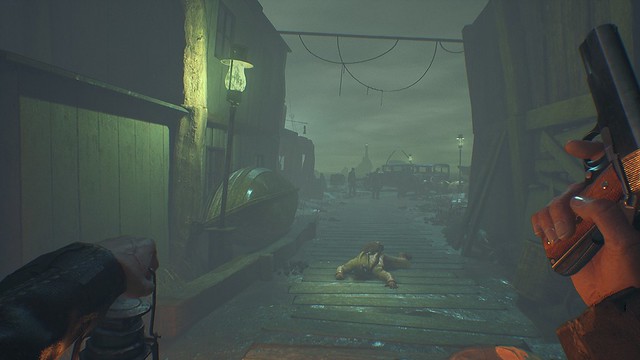 There are also a number of memory sequences during which Pierce must examine clues in order to effectively reconstruct an important scene. The first notable example of this comes in the events that led up to the fire that kills the Hawkins and like most others, it features Pierce examining items or parts of the scenery one by one, with each new clue revealing a ghostly figure in a key location.

These immersive exploration and puzzle elements increase the level of involvement with Call of Cthulhu’s story considerably and turn what might have been a decent but straightforward narrative adventure into a very engaging one. Pierce’s exploration of Darkwater takes him to some surprising places, but each of them fits into the story that centres around madness, in particular when faced by the horror of meeting The Ancient Ones face to face. 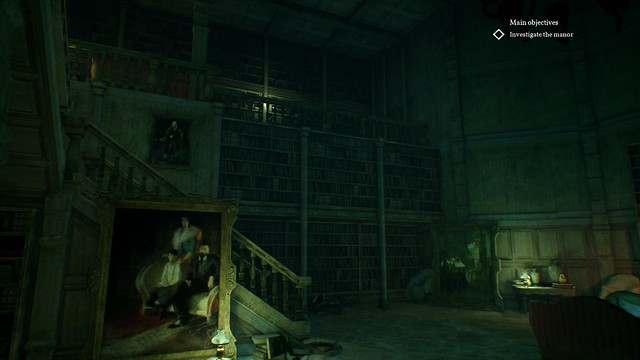 Actual encounters with enemies are infrequent but frighteningly effective. Pierce feels completely defenceless in the face of these deadly creatures, which means he must run, his and make smart decisions if he wants to survive. The first encounter of this kind is hard to finish without a walkthrough and there are elements of frustration thanks to an unforgiving system for hiding, which limits how long Pierce can stay inside a closet (or similar) before he panics. Whilst occasionally frustrating, such sequences offer a welcome change of pace in an otherwise very steady and cerebral game.

Overall, Call of Cthulhu is perhaps one of my favourite walking simulators to date. It’s fairly long and very involving, with more locations and sequences to work through then you might imagine due to a couple of false endings. It’s also very engaging and often rooted me to the sofa as I worked my way through it. Whilst it is occasionally visually clunky, the voice acting more or less makes up for any loss of immersion and the story does the rest. All said, a solid effort.