Pixpil and Chucklefish’s Eastward is a gorgeous hand-drawn adventure game set to come out soon on Steam for PC. The game is an isometric throwback to classic JRPGs like Secret of Mana and Secret of Evermore, but with an art-style and aesthetic flavor similar to games like Earthbound and Eden Industries’ Citizens of Earth.

Eastward is filled with a lot of visual ingredients lifted from Eastern culture, with some of the city designs and stylings that seem to capture the kind of emphatic architecture featured in Rintaro or Katsuhiro Otomo’s works.

The high-quality artwork and obvious inferences to Eastern culture should come as no surprise given that Pixpil is based out of Shanghai, China. 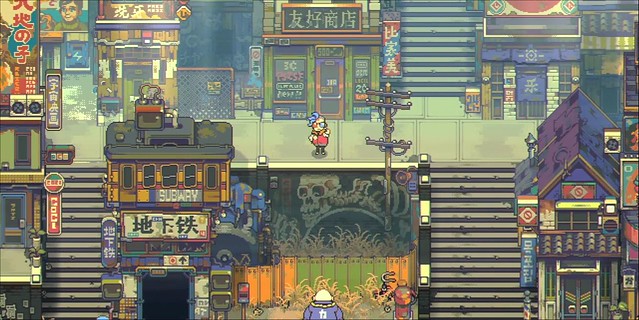 The game itself is themed around a near-future, post-apocalyptic society where the human population is on the verge of extinction, and a common miner named John happens upon a young girl named Sam who came from a secret underground facility. The two manage to escape from the mine and get out of town as they head eastward to discover Sam’s origins and possibly save the world from some deadly creatures who have been ravaging the scant remains of human civilization.

To further help bring the game to life Pixpil brought in Joel Corelitz from Hohokum and The Tomorrow Children to craft a soundtrack that ties the audio into the visual imagery. You can check out the hypnotic trailer below, which will easily draw in anyone looking for a true throwback to classic isometric role-playing.

The game isn’t just another retro-inspired nostalgia trip. There are trappings of newer-school elements at play, as well. For instance the combat takes place in real-time, and it requires players to acquire various melee and projectile based weaponry in order to fend off John and Sam from nefarious villainy and uncouth scoundrels.

The combat reminds me a little bit of Klei Entertainment’s Don’t Starve or Pixwerk’s Tower 57. You’ll have to keep your wits about you as you battle against a number of enemies, either using a frying pan, a flamethrower or other contraptions to avoid meeting an uneventful fate. 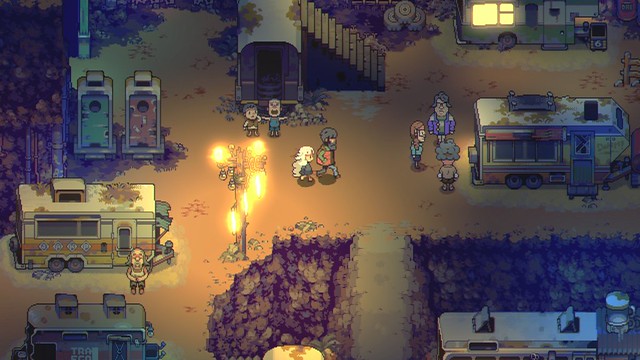 But it’s not just combat and exploration that’s afoot, you’ll also have to solve puzzles ala The Legend of Zelda, or interact with townsfolk, or partake in recreational activities ala Earthbound. There are a lot of layers to Eastward that are bound to make it a smash hit in today’s era of sociopolitically-charged games and low-effort indie titles from hipster outfits out of San Francisco.

You can learn more about Eastward by visiting the Steam store page, where you can wishlist or follow the game. Pixpil’s title is due out soon for PC, courtesy of Chucklefish.

(Thanks for the news tip Mark Kern)