As I mentioned in my review of last years installment of Football Manager (Football Manager 2018) I’ve been playing Football Manager games since the outset – since before they were called Football Manager, even. As such, I’ve begun to notice certain patterns in the way that FM games develop from one year to the next. Sometimes, the changes are radical and as a result, the way that the game plays changes to such an extent that it has to be re-learned. FM 2018 was one such release, thanks to a raft of new introductions including Squad Dynamics, a new approach to tactics and tons more.

FM 2019 is more closely aligned to the other kind of FM release; the sort that feel like an iterative upgrade or an evolutionary step, rather than a fundamentally different experience. In this years edition, there are a raft of cosmetic changes including colour palette, skin, the box art and so on, none of which I give two hoots about. There are also relatively few fundamental changes to the way that matches look or function. Yes, I’ve no doubt that there’s a “new graphics engine” or similar, but broadly speaking FM 2019 looks and feels similar to how it has for years now. The more far reaching and important changes can be found in yet another new tactics builder and in the training module, which takes a large step towards practical use. 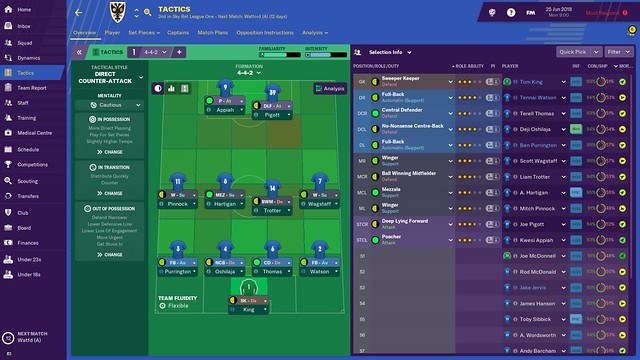 Before I dive into too much detail about what is new in those areas, I should also mention that FM 2019 does feature a large number of changes that affect relatively small areas, universally for the better. One of those, for example is the inclusion of a colour coding system to show player performance in match – this means that a player operating at over a seven rating will be shown in increasingly bright green, whilst poor performance will show as amber or closer to red. There are subtle changes elsewhere – the way that the manager can communicate with his team is now a bit more feature rich as is their ability to make changes like resting or dropping players based on a bit more flexibility – ie for a single match, rather than permanently. There are lots of these small changes and whilst I’m not sure I’ve registered them all, those I have spotted were all good.

The new approach to tactics is easily the most exciting addition for me. Managers now have a very easy to understand and configure interface that allows them to provide their team with different instructions depending on whether they are in possession, transition or on defensive duty. This can result in some really powerful and flexible tactics that will play out based on your actual instructions, rather than a combination of the settings that the game used to offer and the imagination of the player, which I guess is what had always happened in the past. It’s now possible to create very tight, defensive teams that counterattack rapidly, for example, or teams that pass often and retain possession, then press hard to regain the ball when lost. 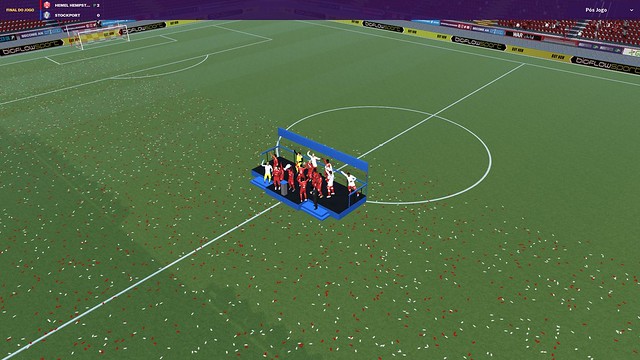 Similarly, the new training model is far more engaging than it used to be. Despite my experience with Football Manager, I’ve always frowned upon managing training myself since I felt that it was fairly uninteresting and better off left to a good team of backroom staff. Now though, it’s much more straightforward to plan each training day and to directly control what the players would be doing in training, as well as to understand what the outcome (either positive or negative) might be. There are a myriad of things that players can be set to do (including community outreach) which perhaps make this change feel a bit more “gamey” than it should, but in any case it’s a welcome addition if you’ve looked at training as I have in past versions.

Elsewhere in FM 2019, I’m left to scour for more minor changes that arguably could be considered patches or updates in other games. There’s a new medical centre report that makes it even more clear which players could get injured and why, then there’s a more detailed set of assistant reports (which I really like.) Other areas remain unfortunately as they were, for example press interviews remain the most boring and underutilized feature in the game. Transfers and contract negotiations are not entirely unchanged, but for the most part there is nothing revolutionary introduced in this new version – just more minor tweaks. 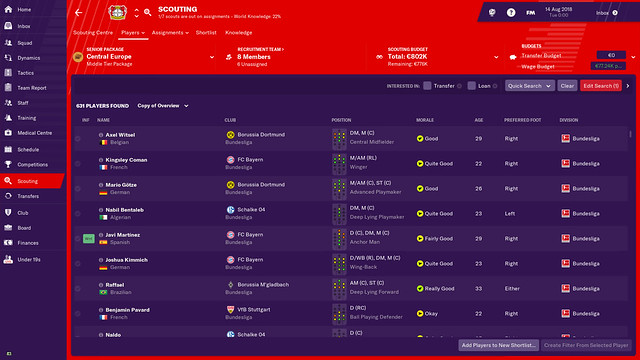 I remain an avid fan of FM 2019 and of the Football Manager franchise in general, but with the price rise that came with last years edition, it is becoming increasingly important that fans understand what they are buying into with each upgrade. There’s no doubt that FM 2019 is the definitive version, but it is isn’t a dramatic upgrade on last year, nor is it anything more than a comprehensive and well done feature upgrade. If you think you’ll get hundreds of hours from it (as I know I will) then you should invest without hesitation, but if not, this is an edition of the game that you can get away with skipping. As a result, I’ll call it a: