Square Enix quietly released Human Head Studios’ The Quiet Man on November 1st for the PS4 and on Steam for PC. The game is a short action-drama experience that combines full-motion video with actual in-game play. For those of you curious about the gameplay or need help with a few things, there is a gameplay walkthrough guide available for The Quiet Man.

YouTuber Lacry has a video walkthrough playlist available covering the game from start to finish, which you can check out below.

The game starts with Dane, a straight white male, buying some food from a corner vendor, and he gets warned about savages being out at night. It would probably be a much more ominous forewarning if he lived in Sweden.

Anyway, the game up to this point is a full motion video cinematic.

The androgynous looking hero then gets into a fight and begins to beat up the Mexican thugs.

How To Play: Controls

The face buttons control grabbing, punching, and dodging. You’ll need to use the attack button to perform melee moves and the dodge button to dodge incoming attacks.

Square is to do standard attacks. Triangle is to perform kicks. Circle is to grab opponents. And ‘X’ is to dodge attacks. Pressing ‘X’ to dodge an attack and pressing Circle or the other face buttons will allow you to launch a counter-attack.

Hold down the left trigger for special moves and the right trigger to run.

Dane will go inside the Mexican thugs’ hideout and beat them up. 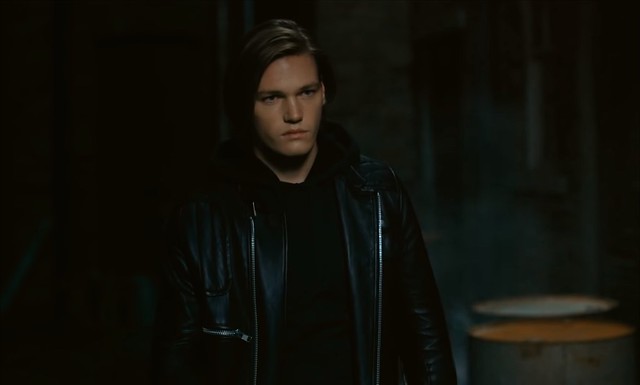 There’s another cinematic where the main character go meets a drug-dealing black guy, but it’s all muted so we have no idea what he say or what’s going on. Something happened where Dane was involved in some incident where the black guy was involved with robbing someone with a gun for their shoes and apparently Dane was involved somehow when the gun went off.

There are no subtitles for anything so you have no idea what’s being said and there’s no way to interpret any of it.

After the lengthy FMV sequence with the black guy, you’ll get to control Dane again in the dressing room. There is no HUD so you have no context on what to do or where to go. Head over to the flower bowl and pick up the voodoo doll.

Go over to the vanity mirror and look at the pictures – it appears as if miscegenation may be taking place between the black guy and the singer at the club.

Dane will leave the club and go to the subway where some more Mexican thugs will attempt to fight him. Beat up the four thugs.

A flashback sequence will occur and a few more Mexican thugs will need to get Dane’s hands.

Another lengthy cinematic will play, as Dane will go stalking outside the apartment of the chick dating the black guy.

Since the black guy is a drug dealer, the singer chick is kind of distant toward the black guy, which gives Dane time to move in.

In another flashback sequence we learn that during the shootout with the black guy and the other kid over the shoes, Dane’s mother was shot and killed.

Just then, the Mexican thugs invade the club and Dane gets into a fight while the man in the bird mask takes the singer chick. 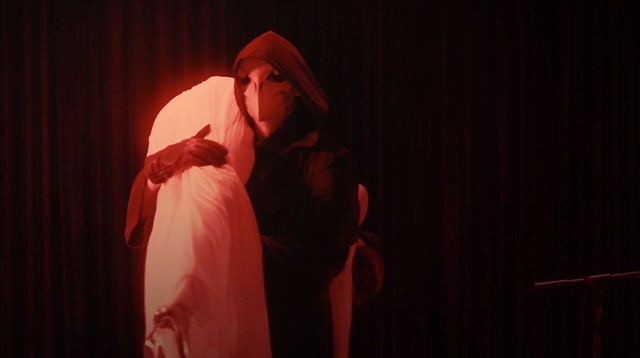 In between the cinematics you’ll need to fight three more Mexican thugs.

After beating up the thugs the man in the bird mask will fight Dane using an electric stun prod. Beat the snot out the guy using kicks and punches and special moves. He’s not particularly hard to defeat.

After a cinematic, the bird-masked man will flee with the singer chick in a white window-less van.

Chsae the van out of the alley and into the parking lot of the gas station where more Mexican thugs will come out. Beat them up, as usual.

Dane will cut through a laundry mat and use the head of an Arab to take a short cut back to the street. Outside you’ll need to beat up more Mexican gang members.

During a hallucination, Dane will get bopped on the back of his head by one of the gang members, but one of the black man’s guards will show up to save him.

After another cinematic, Dane will head back to the alley where the Mexican gang members hang out. There are five of them in the alley, though.

Be sure to take out the two thugs working on the car as fast as possible because two more will attempt to sneak up on you from behind.

After you defeat the handful of gang members, run to the far right of the screen and head through the wooden gate that’s open, which will lead into the next alley.

There are several more gang members to beat up before you’re subjected to yet another short full-motion video sequence.

Unfortunately, after the first intro scene where you can actually hear, everything else is still silent.

Dane will end up in a rundown apartment complex where he begins searching for clues by beating the mess out of the gang members getting in his way.