Fans of X-COM and Wasteland 2 style games rejoice, for a new saviour walks among us. Yes, Mutant: Year Zero is a tactical role-playing game in the most classic sense, but it comes with its own rich, post-apocalyptic IP that reinvigorates the bog standard “after Earth” scenario. Not only that, but the gameplay switches between traditional, real time exploration (and to a lesser extent stealth) and tactical combat freely, which makes it feel much more as though it takes place in living world than most other turn based games.

The game centres around a community known as The Ark and in particular, upon two characters that are in the players party from the outset; Borman and Dux. Mutants, in this world, are common and Borman is literally a humanoid warthog, whilst Dux, you may have guessed, is a five foot tall duck. Other characters such as Selma and Magnus soon join the party and with the exception of one, their mutations are less visible yet nonetheless present. Each character is aligned to a class of sorts, but what really sets each one apart is their personality, which will make the player warm to them and adds an additional wrench should any of them be put down in battle.

On that note, Mutant is a very, very hard game at times and if you play at a difficulty level above normal, with permadeath features switched on, you better be prepared to go through some heartache. In the harder modes that do allow multiple save games, you’ll be juggling reloads frequently, which is a good or a bad thing depending on your perspective. Personally, I found myself compelled to drive right through Mutant until I reached the very end, which is something I don’t always feel a great desire to do.

One of the reasons for jockeying save games in this way is, as usual in tactical games, because every shot counts. Sometimes, that seventy-five percent chance to hit just doesn’t land and in a game as tough as this, that can result in a fatality that you can’t afford to allow. On other occasions, reloading can help the player change the odds because of the way that Mutant allows the player to choose when the turn based battles begin at the click of a button. This means that there are opportunities to isolate enemies, gang up on them and kill them with silent weapons without alerting a wider audience. 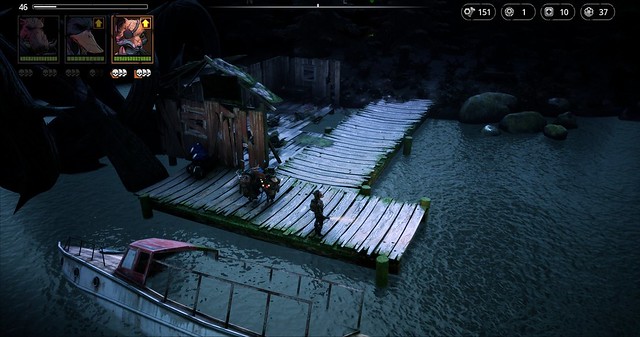 Skirting the edge of enemy encampments and picking off stray guards or isolated pairs is an absolute must in some sections of the game. With this sort of approach a common theme, there are also tactical advantages to be gained by working the party to high ground or behind definitive fortifications, for example. One memorable scene that’s fairly early takes place at “The House of Bones” which we would recognise to be a hospital. Powerful enemies group around the final objective, but most of their support troops can be eliminated without alerting them – as long as you’re careful. Later in the game, the lessons will be learned and the need for reloads will actually become less frequent, such will be your familiarity with the gameplay loop that Mutant requires.

Kitting out the squad (of which a fairly meagre three combatants can be active at any time) with weapons, items and abilities is also interesting and allows for a fair amount of specialisation. Borman, in general terms, is good at tanking and close quarters damage, with abilities that allow him to move twice and shoot, or to knock down an enemy for a round or two. Dux is clearly an expert sniper, whilst Magnus is the equivalent of a rogue or possibly a mage, with some powerful and unique abilities (including mind control and stealth) that give him some interesting tactical options. 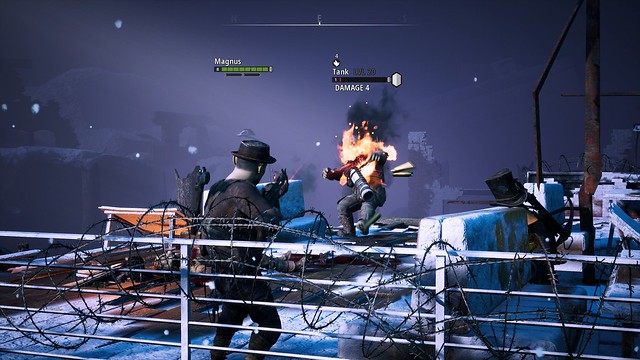 The world of Mutant is an interesting one to explore, too. It’s far from visually spectacular, but it is detailed and varied, with little copy and paste among the broken buildings, upturned cars and thick woodland. The backdrop also switches from verdant forest to cityscape and into snow, then back again, quite impressively. There’s a real sense of progress as the party moves from one location to the next. It’s also worth exploring these places, with the most interesting items all found in relatively out of the way places.

Mutant: Year Zero is a game that I had hoped to enjoy and which I found to be every bit as good as I had hoped. From the interesting mythos that surrounds it to the engaging characters, there are lots of reasons to keep players driving through the occasionally brutal missions. There is no multiplayer mode, but the campaign is relatively long and the need to keep pushing through some adversity will mean that it’s necessary to replay some missions several times. Fans of X-COM and similar games will feel right at home here.