Studio Fawn’s Bloom: Labyrinth has launched on Steam. The game is currently available for $12.99 over on the Steam store. It features a top-down gameplay setup inspired by old-school arcade-RPGs like Gauntlet, where you attempt to discover new powers, traverse through a deadly labyrinth, and attempt to complete the story mode or battle through the gauntlet mode featuring 60 different levels across six different floors.

The hook for the game was that it’s designed by a trans developer who decided to make the main character trans. The developer explained what the rationale was behind the character and the story, writing in an e-mail…

“Besides making the games, I also just so happen to be trans.

“So, when I began, I obviously I wanted to created a character like me in my games… and that’s just what I did. Naming her Ilana (the protagonist of Labyrinth).

“The thing is, as I was making my RPG (Bloom: Memories) I also needed to create a promised prelude chapter… and that’s when I decided to take the opportunity to tell a bit more of Ilana’s story…. only, before she transitioned. ((Btw did you know there aren’t any prominent trans characters in RPGs?! Or action games?! I wanted to change that too))

“So I modeled, rigged, textured a younger version of her for “Bloom: Prelude”…when her name was “Alon”.”

This was all part of a much larger universe themed around the concept of the fantasy world Bloom, which eventually culminated in the six years of work that went into what became Bloom: Labyrinth. 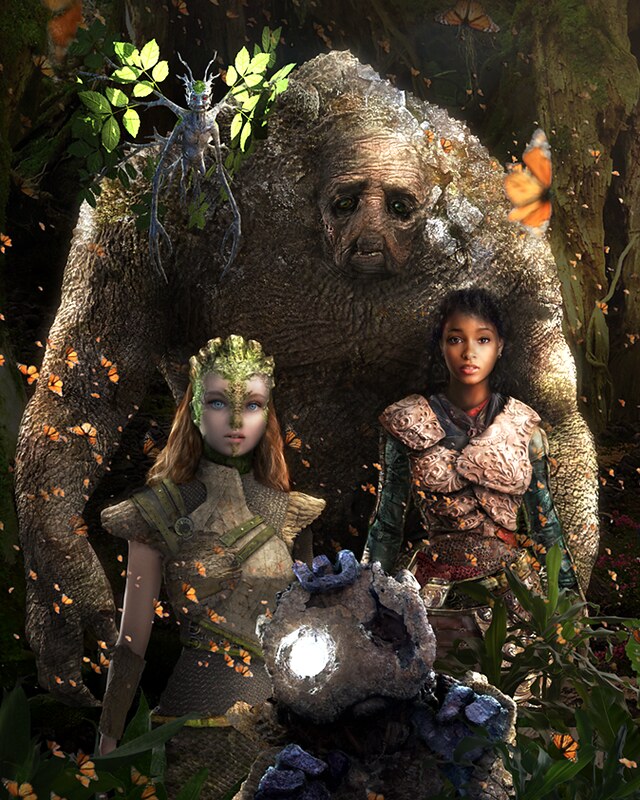 The developer has been completely upfront about using the game as a conduit for their personal politics, and makes no qualms about it in discussing the development and characterizations.

Additionally, this is a brand new intellectual property. It’s not replacing Gauntlet, nor is it hijacking an existing license; it’s its own story, game, and universe.

In this way, I can’t fault the developer for going about making the game they wanted to make with their own time, their own means, and their own vision. So if you were interested in a Gauntlet style game but featuring a trans character, Bloom: Labyrinth exists.

The real shame is that other developers don’t seem to take kindly to criticism and feedback when they take existing properties and then attempt to use it for their own sociopolitical agenda. They should take tips from Studio Fawn and develop their own IP with their own characters and their own money, and make the game they want to make by putting whatever sort of personal or cultural politics they see fit to add to the game. At that point, no one would have a problem with them or their game. But sadly, companies like DICE, BioWare, and Volition feel it’s better to take established properties and drag them kicking and screaming through the fires of the culture war, netting them a solid spot on the Get Woke; Go Broke Master List.