Babtiste Miny’s The Blind Prophet is currently on Kickstarter at the moment. The point-and-click adventure game is set a visually distinct cyberpunk universe. The game was recently put onto the crowdfunding platform, and it currently has an entire month to go as of the writing of this article. Miny is seeking just $11,000 to help get the game brought to life.

The game centers around an apostle named Bartholomeus, who is tasked with uncovering a mystery involving the corruption of the Earth by demons. Bartholomeus is specifically tasked by God to weed out the corruption, kill the enemy and save what remnants of humanity that haven’t given themselves over to reprobate minds. 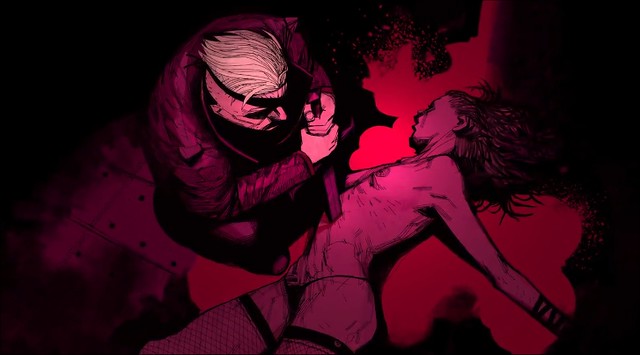 The hook for the game is that it’s a gritty, Gothic-style cyberpunk adventure that has a story that unfolds like a classic graphic novel from the 1990s.

While the narrative unfolds through dialogue boxes and interactions with other NPCs. Much like the other classic adventure games where you can examine the environment, pick up items, and make choices throughout the game that will affect the outcome of various characters you encounter.

You can get an idea of what the art-style and gameplay is like with the Kickstarter pitch video below, which reminds me like a mix of The Witcher meets Deus Ex.

I love the use of the colors, and the comic-book backdrops. It’s such a unique fusion of art-styles and visuals that mix together the neon hues of what we’re used to from cyberpunk lore, with the Gothic influence of European architecture and villages.

The combination of techno-drudge and medieval weaponry also helps give The Blind Prophet it’s own unique appeal. If you like the way the game looks and you’re interested in playing more, there’s a free demo you can pick up and play from over on the GameJolt page.

Alternatively, if you’re interested in supporting the game and its financial quest to become a real, quality-made product, you can support Miny’s efforts by visiting the Kickstarter page.