Bandai Namco’s Ace Combat 7 is currently getting pelted with the infrequent posting of negative reviews for the Steam version of the game. Why? Because it has a list of problems, including the inability to change the resolution, no flight stick support other than Thrustmaster’s expensive new HOTAS Flight Stick, and lack of proper mouse support.

However, despite the mixed reviews peppered with complaints about quality of life features currently not implemented into the PC version of the game, there are some cheat trainers made available to help accommodate your adventures into the fictional war that Project Aces brought to life through Ace Combat 7.

The first trainer is available for free to download from over on the Mr. Antifun forum.

The trainer sports six rocking options, which you can check out below:

There aren’t any special requirements to make use of most of the cheats, other than the infinite MRP, which requires you to first spend at least 1 MRP after activating the cheat in order for it to take full effect. 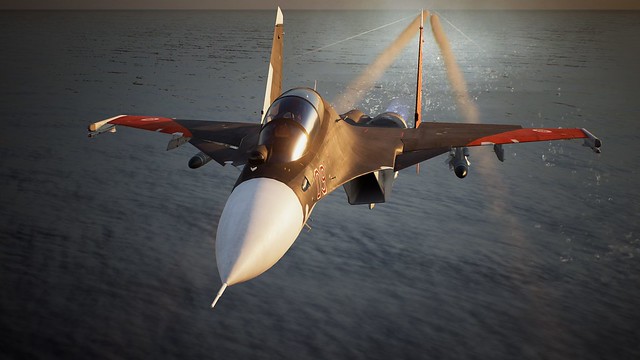 If you’re looking for even more cheat options, there’s a premium trainer that you can get your mitts on over on CheatHappens.com.

The trainer contains the following options:

Basically, instead of just having unlimited missiles, health and flares, you also have access to no missile cooldowns, no flare cooldown, the ability to make use of score multipliers, and both super speed – so you can fly really fast – or slow motion – so you can slow down time and make some precision tactics during combat.

You can also freeze or change the mission timer in case you find yourself in a mission that’s just too hard due to a lack of time or the requirements being too hard.

Ace Combat 7 has been generally receiving a lot of positive review scores, other than the PC version being in the pits.

There’s also an Ace Combat 7 gameplay walkthrough that gives you a heads-up on how to play the game and what to expect from the story.

The game is currently available over on the Steam store, along with being available on the Xbox One and PS4, for $59.99.