Asobo Studio and Focus Home Interactive dropped a 22 minute gameplay video for the upcoming third-person, stealth thriller, A Plague Tale: Innocence. The demonstration came out a couple of weeks ago but it was in French, and not many people saw it. However, if you were interested in in what the long form gameplay is like beyond the snippets and clips that we see in the trailers, you might want to check out the near half-hour video.

YouTube outlet Gamersyde uploaded the 22 minute gameplay video to their YouTube channel, showcasing some of the game’s cinematics, the exploration, the stealth, and the puzzle-oriented gameplay. You can see what it’s like in the gameplay preview below.

The video starts with players taking control of Amecia, one half of the main characters in the game. It starts with Amecia and her father going out hunting in the woods, where players learn how to use the slingshot.

Since the build of the game is still a ways off from the final version, there are some obvious performance issues, but that’s to be expected from an unfinished version of the game. It does look good, though, and Asobo did a fantastic job of capturing the French noble countryside during the middle ages. The attention to detail and depiction of this particular time period reminds me of how Warhorse Studios captured 15th century Prague in Kingdom Come: Deliverance.

While escaping through the courtyard, players will learn how to distract enemies to move around the environment. It’s a lot of the typical stuff you would expect from a stealth-oriented game; using objects to distract foes to sneak past them.

Later into the video we see how the slingshot can be used to solve simple platforming puzzles, such as shooting down boxes and pushing them around to get to new areas.

The duo spend a good portion of the early parts of the game fleeing from the Inquisition. 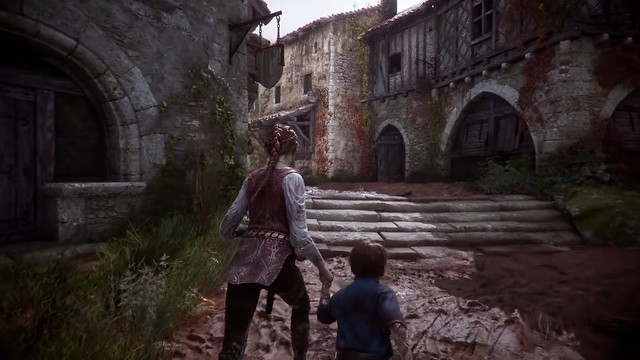 Later on we see the game’s upgrade and crafting features in play, where you can add more equipment slots to Amecia’s gear, or improve her slingshot.

We do see that Amicia can permanently incapacitate people with the slingshot if they’re completely unarmored and she gets a direct headshot. However, the slingshot is far less effective against armored foes.

Later on we see Amecia and Hugo being surrounded by the rats while they have to find ways around the swarming horde of flesh-eating rodents.

The glowing eyes of the rats in the dark is a very nice aesthetic touch.

There are a a lot of traversal puzzles to solve, and environmental obstructions to overcome. A lot of the puzzles involve both Amecia and Hugo, as the two have to work together to get through various areas, either to escape from the Inquisition or to avoid the rat swarms. 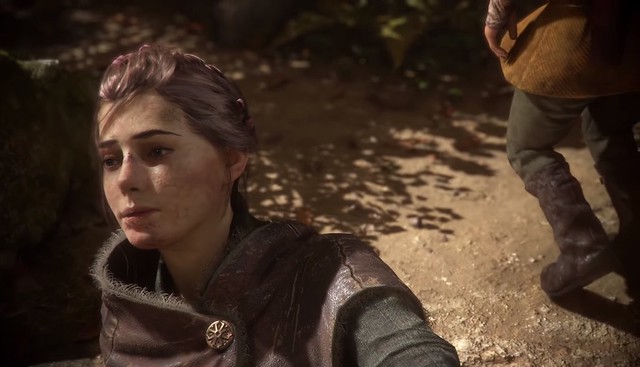 Many of the early parts of the game look pretty linear, and the puzzle solving is straightforward.

Later on we see that it looks like the areas open up a bit more, but we don’t really get to see much as the scenes cut back and forth between some of the puzzle solving, crafting new items, and escaping the rats.

The gameplay loops looked diverse enough during the 22 minute demonstration, but a lot of it will depend on how it stretches across the rest of the game beyond the early tutorial phases. I’m curious if the stages will get broader and offer players more multiple choice options in solving the puzzles or if it will be linear all the way through? More options and variety means more replayability.