Even though Bitchute.com has been removing videos of the massacre that took place in Christchurch, New Zealand, the site is still reportedly being blocked from access by New Zealand residents, along with sites such as Kiwifarms, Liveleak, 8chan, Dissenter, and Archive.is.

The news comes courtesy of some frequent visitors of One Angry Gamer who informed us that they were unable to view certain content on the site from Bitchute. They shared images indicating that all of the embedded videos from Bitchute on One Angry Gamer no longer show up for them, and they provided screenshots as well. 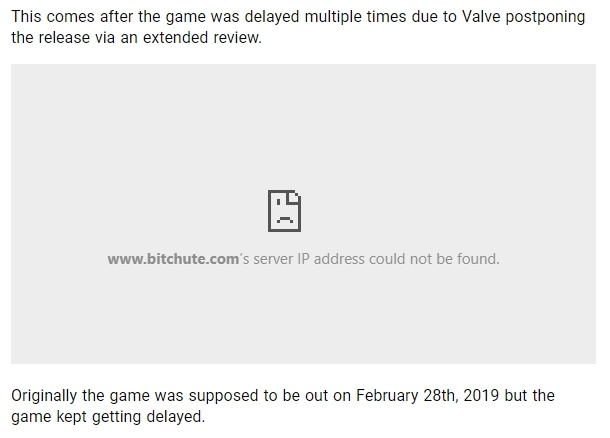 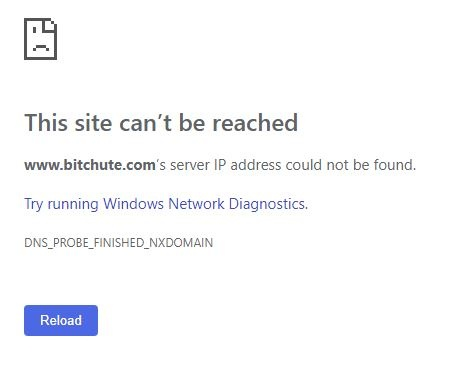 Access to the Archive.is website that archives content and information, typically used for when the media or government attempt to censor or suppress information, has also reportedly been blocked to New Zealand residents. 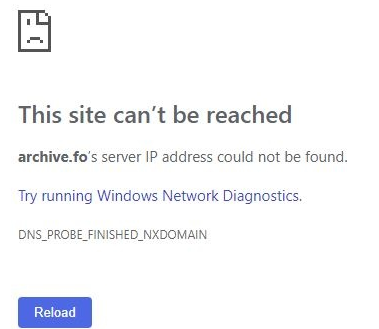 I reached out to Bitchute to confirm if it was true that access is being blocked, and they did note that users have been informing them that they are unable to access the site in New Zealand, stating…

“We’ve been told the same by several parties, it seems to be done at the DNS level by [New Zealand] ISPs”

Bleeping Computer is also reporting that 8chan, 4chan, Liveleak, and similar sites are also being blocked by New Zealand internet service providers at the behest of authorities.

According to Bleeping Computer, the telecommunication providers in New Zealand have worked together to block access to the aforementioned websites…

“Spark NZ, Vodafone NZ, and Vocus NZ agreed to work together to identify and block access at DNS level to such online locations. 8chan and 4chan are currently unavailable to New Zealanders trying to load them through a connection from the three telcos.”

Managing director at SparkNZ, Simon Moutter, corroborated Bleeping Computer’s report with a tweet on March 15th, 2019, informing customers that access to the sites are being blocked temporarily until all of the material that they don’t want shared or distributed is removed.

Update on site blocking 1/2. My cyber security team at Spark has done its best overnight to stay on top of the sites distributing the horrific material from the terrorists. Where they find it, they apply temporary blocks and notify the site, requesting they remove the material.

Update on site blocking 2/2. Once the material is removed we reopen access. Apologies to any legitimate internet users inconvenienced. This is an extreme situation and as concerned NZers, we decided to help protect our children and vulnerable people from these awful images.

Additionally, journalist Nick Monroe is reporting that New Zealand Police have actually arrested and charged an 18-year-old resident for distributing the 17 minute video of the Christchurch shooting.

🚨IT’S HAPPENING 🚨
“A 22-year-old man will appear in court today accused of distributing the live stream of the Christchurch shootings.”

In COURT.
BECAUSE HE SHARED THE LIVESTREAM. https://t.co/ehxxjhpzWi

Back on March 16th, 2019 the New Zealand Police did confirm they arrested someone unconnected with the shootings, but in relation to the evidence gathering that they were doing.

I can also confirm that due to evidence collected during the investigation we have taken another person into custody.

There is no information to suggest this person is linked to the attacks.

Sites like YouTube has also been filtering search results, censoring feeds, and even removing old videos as a way to stifle conversation around the topic matter that isn’t coming from mainstream news media.

“REMOVE KEBAB (perfect loop)” was a YouTube uploaded JULY 30th 2012. Had 9 million, 259 hundred thousand views. No problems with it being on YouTube for ALMOST SEVEN WHOLE YEARS.

“This video has been removed for violating YouTube’s policy on hate speech.” https://t.co/NCLeev1yTu pic.twitter.com/HGDZ1UfUaZ

Meanwhile, news sites are continuing to play into the role that the shooter wanted by creating division, sociopolitical divides, and increased racial tensions among the populace, even going as far as blaming YouTuber PewDiePie for the shooting because the shooter said “subscribe to PewDiePie” in the video”, and games like Fortnite because it was sarcastically mentioned in the 74-page manifesto.

Professor of psychology and director of the IR laboratory at Villanova University, Patrick Markey, has been spending his time attempting to debunk some of the more outrageous claims being made by the media.

Now this is just getting insane. Have these people never even seen Fortnite!
RESEARCH: ✅Mass shooters play games 3x LESS ✅When people are playing games violence decreases. ✅Vast majority of scientists do not agree games are a risk(references in thread)https://t.co/ZUL6ULFo2F

Equally important to point out the killer (who really we should not be quoting in the first place so I hate doing this) does ends his claim that “Fortnite trained him” with the work “no.” He is being sarcastic here and this report purposefully misleads the reader. pic.twitter.com/uBgATvPwlQ

Markey links to various reference threads pointing to research studies from Michael R. Ward and Scott Cunningham (among many others) that reiterate the fact that video games don’t turn people into violent killers.

The misinformation running rampant through mainstream media sources is uncanny. However, it’s all part and parcel of what the shooter wanted, whose main intent was to sow discord and division by baiting the media into raising tensions high enough to start a race war.

(Thanks for the news tips Lyle, Nick Monroe and EvaUnit002)