Deep Silver and Nine Dots Studio have released more footage of their upcoming, open-world, single-player (or cooperative) survival RPG called Outward. The game is like what a naturally evolved version of The Elder Scrolls should be, featuring some pretty cool magic systems, combat mechanics, and split-screen play.

There’s a near 15 minute gameplay demonstration featuring all new footage of Outward, giving gamers a look at the upcoming action-RPG and how the systems work, what you can do in the game and what you can expect from the basic functionality. You can check out the video preview below courtesy of YouTuber ESO – Fallout & Elder Scrolls Guides.

As explained in the video, the game doesn’t feature traditional level grinding like in other action-RPGs. Instead, you have to go on a pilgrimage in order to acquire the ability to utilize mana, which will then unlock the ability to use magic.

In order to further unlock certain upgrades or abilities, you have to acquire them or learn them from specific NPCs scattered across the open world. So it’s more of a traditional, hardcore, sandbox RPG rather than the theme park RPGs where you can just kind of grind out your character in different areas until you’re strong enough to beat the final boss. 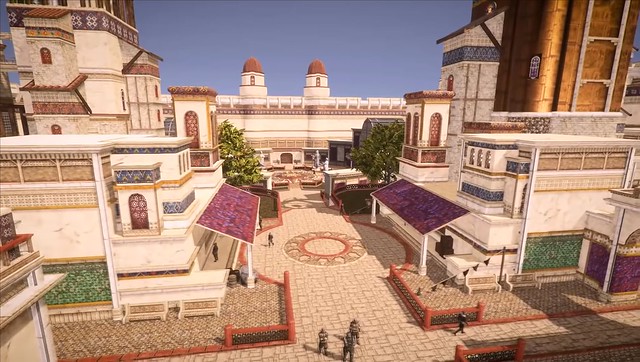 The game utilizes a give/take system, so that you have to balance what you want your character to learn and how they progress. You’ll also learn how to craft new and better gear, as well as learn new recipes to cook food that will give your character different effects, not unlike Monster Hunter.

Additionally, the game has very realistic mechanics insofar that your supplies will wear down and your food will rot. However, you can use things like salt wrapped in linen to preserve your food supplies. Alternatively, you can boil a stew, lace it in poison, and then rub it all over a linen that you can then wrap around a blade so that it adds a poison effect to your weapon. Yes, the game is steeped in emergent player mechanics.

There’s also a micromanagement element where your backpack will determine how much you can carry. However, the bigger the backpack and the more items you carry the more encumbered you will become, making it difficult to dodge-roll or maneuver during combat. So for some fights it might be best to drop your backpack and fight without until the battle is over.

One of the really neat aspects of Outward is that when you die it’s not game over. The game has a unique random system setup where depending on where you die depends on what sort of event will transpire for your character. In the video above an example is shown where dying in a cave results in a side-story playing out where your character is captured, stripped of their goods, and taken prisoner by bandits. This results in a quest where you have to stealthily sneak out of the cell, knock out the guards, reacquire your gear, and escape from the dungeon.

In some cases you might wake up stranded on an island, disease-ridden and hungry, or you might be held captive by pirates with all of your gold gone. 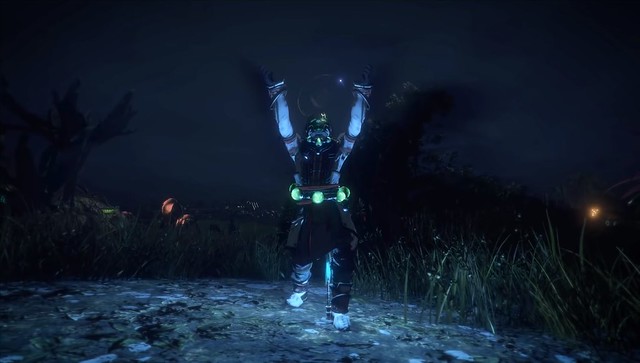 It’s a great way to subvert the traditional game over screen and force players to avoid dying so they don’t lose all their gear. It’s not quite as punishing as the permadeath features in some survival games, but it’s also not as lenient as just reloading from the last checkpoint.

You also can’t save-scum like in most other open-world games. You only have one saved game, and it’s constantly overwritten whenever you make a decision, acquire an item, or contract a status effect, ailment, disease, impairment, or condition.

Diseases can be cured with potions, sleeping, or tea, but if you don’t cure a disease it will affect your character’s damage output and health depletion. So you have to be careful when eating certain foods that might be spoiled, or fighting enemies that are disease-ridden.

All of this can play into how your character can interact with the world, and how effective they are completing quests. For instance, some quests are time dependent, and you will have to complete them within a specific amount of time. This can also be affected depending on the season in the game. Yes, the game has seasons, and each season comes with its own pros and cons. If it’s too hot out your character will dehydrate quicker, so you’ll need to dress light in arid locations. If it’s too cold out you’ll need to bundle up, otherwise if you’re not warm enough you could catch a cold and become less effective at adventuring. 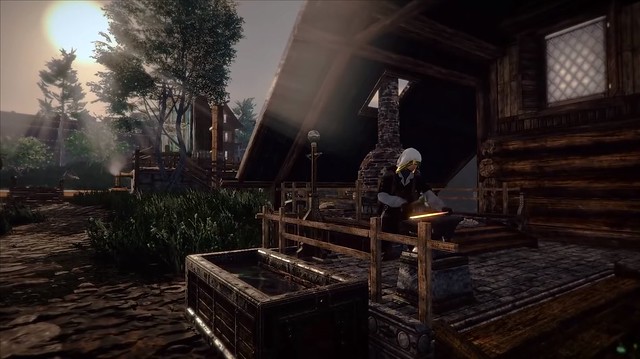 There are a myriad of variables that affect your character and their performance. Things are definitely made easier with the online co-op or the split-screen co-op where a second person can join in on the adventure. It’s rare that we get split-screen co-op options in games like this, but it’s cool to see that Nine Dots has added it to Outward.

Some naysayers attempted to talk negatively about the game’s hardcore survival features, saying that all of the hardcore elements should be made more casual otherwise they might lose their audience. Nine Dot had the balls to tell it like it is and ensure that gamers who are tired of piss-poor, hand-holding, AAA “cinematic” experiences need not apply because this is a real game made for real gamers, mentioning in the Steam forum…

“Outward isn’t the game for you. You are clearly not our target audience and the reason why we are so transparent about the nature of our systems is to make sure people know what they are getting.

“You know we have weapon durability, you know we have inventory management, you know our combat will be more convoluted, and you know our game mixes coop and story. If you think you won’t like it, don’t buy it. I prefer if gamers don’t waste their money on something that wasn’t designed for them, even if it means less sales. I want our players to be happy with their purchase. There are so many games out there, you are free to pick something that fits your taste.”

You can look for Outward to launch on Xbox One, PS4, and PC – and all three versions support split-screen co-op, by the way – starting March 26th, 2019. You can learn more about the game by hitting up the Steam store page.