Belgium development team Helios Games has announced that they’re working on a creepy new horror game based on the real life Isle De Las Munecas located off the coast of Mexico City. The game is called Pavor, and it sees players taking on the role of five different characters across five different time periods, a little bit like Silicon Knights’ Eternal Darkness.

The game is about different explorers making their way to island in order to piece together the mysteries of the dolls that haunt the isle and the evil spirits that posses those dolls.

As mentioned in the press release, players will have to face off against various “morbid monstrosities”, each with their own quirks and idiosyncratic horrors that will surely terrify and haunt the dreams of players. Helios let loose a bit of test footage of one of the monsters that players will encounter on the isle of dolls, which you can check out below.

The monster is definitely creepy. The attention to detail also really helps bring the monster to life. The only thing they need to really focus on is the AI behavior and movement. If there’s one thing that can completely destroy the immersion of a horror game it’s bad AI where the monsters get jammed on geometry, where they float over objects because their collision box is too big, or worse yet they begin to clip through objects.

Procedural animation would bring the monsters to the next level, as seeing something like the monstrosity above moving dynamically across various topographical surfaces would be ace. However, since it’s a small team I doubt that we can expect to see such a thing from the small outfit. 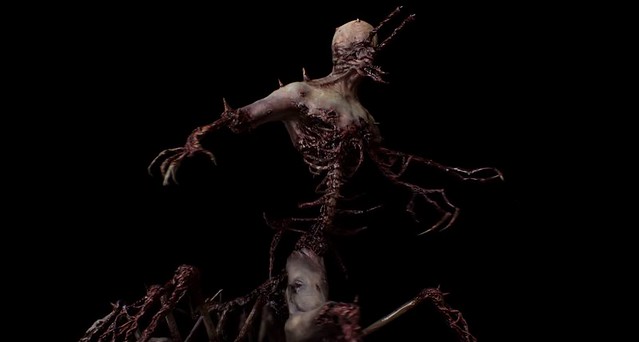 Nevertheless, one of the interesting things about Pavor is that depending on how players interact with the world and depending on the narrative choices they mack will depend on how the gameplay will unfold and what sort of challenges they’ll face in each of the five segments.

The game is currently scheduled to make its debut on PC along with a Kickstarter, but they also have plans on releasing Pavor on PS4 and Xbox One as well.

You can learn more about the upcoming horror title by paying a visit to the official website.