Cloud Imperium Games released the latest Around The Verse. They had a ton to cover, including an overhaul of the Star Marine mode with a new Last Stand game mode, a new deathmatch mode, and an overhauled respawn zones so that you won’t spawn in front of another player or behind another player. They improved the visual awareness so that spawn points are more even. 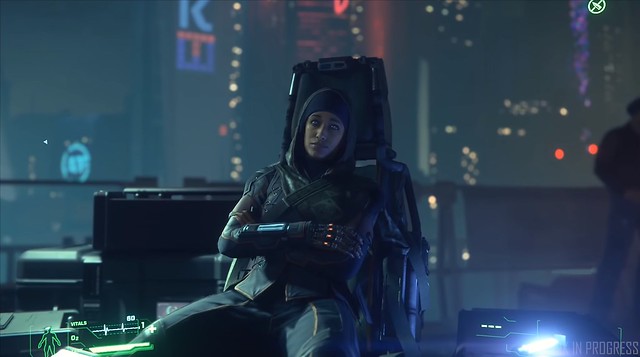 They also briefly talk about the new morality system that’s being implemented as well, along with the new NPC quest-giver, Twitch. The morality system will see players triggering local enforcers if they violate the law. If you keep violating the laws, say killing civilians or violating landing protocols, you’ll have the space navy coming after you, and beyond that you’ll have to deal with bounty hunters.

It’s basically like a galactic version of Grand Theft Auto.

What’s also pretty cool is that the bounty hunter missions are being implemented into the Persistent Universe, so players will be able to take on jobs to hunt down other nefarious evil doers scattered throughout the galaxy in certain sectors, giving the procedural mission generator more variety.

The meat of the Around The Verse episode is themed on the female character customization and the all new character creation suite for both the males and the females. They’re using a new three-tiered DNA mesh blend that allows for players to pick up to three different heads or features and use sliders to tweak and change the way they appear. This includes modifying the tangent updates, the blend shapes for the physiognomy, and the ability to change the eidonomy for the skin tone, eye color, ear shape, nose shape, and mouth shape. 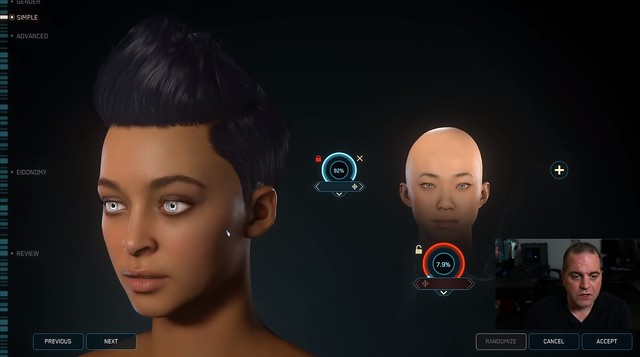 All of the animation rigging stays intact as you mix and match your Frankenstein monster.

Since the character data is so hefty, instead of storing each created character and randomly generated NPC in local files, it utilizes a matrix database pulled from a pool that can be amalgamated and rendered from the GPU on the fly.

The character creator isn’t quite as robust as say Black Desert Online, but it’s definitely a step up from what it was during the earlier iterations of the alpha. You can look for Star Citizen alpha 3.5.0 to launch within the coming weeks as the team preps to start work on the next milestone release. You can learn more about the development of Star Citizen by visiting the official roadmap page.