Bigben Interactive and Frogwares’ The Sinking City is one of the only few games this year that has some gamers excited… or at least it did before it became an Epic Games Store exclusive. Nevertheless, Bigben has been rolling out new trailers for the game detailing the locations, combat, and investigative aspects.

The new trailer focuses on the different locations in the game and some of the areas you’ll visit as private investigator Charles Reed.

You can check out the minute and a half trailer for the game below.

Reed isn’t a typical detective, though. He has been experiencing debilitating visions and the ability to peep through the fabric of reality into extra dimensions. He’s eventually led to the sinking city of Oakmont, which is slowly being devoured by the sea.

The Lovecraftian tale sees Reed attempting to solve various cases throughout the open-world environment where you can freely move around and talk to people, investigate locations, and discover the secrets behind the Cthulhu-infested location.

The trailer isn’t just a retread of everything we’ve already seen, it also delves into some things we didn’t know about, like putting on an old scuba suit and going diving in the water. I was unaware that part of the game existed. 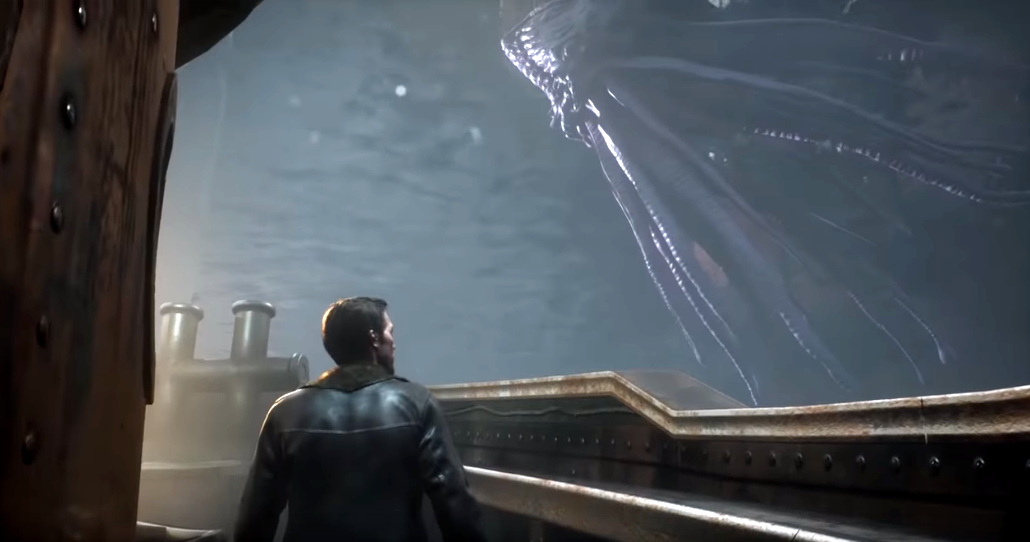 We see that there’s underwater combat, some squid-like monsters players will be facing off against, and more discovers to unearth regarding Oakmont’s fate.

This looks like a game that plays it pretty close to the source material in terms of not pulling punches. Hopefully Frogwares doesn’t inject any kind of blatant sociopolitical agitprop in the title. From what I’ve experienced of their Sherlock Holmes games they’ve all been pretty straightforward and free of ideological subversion.

We’ll see if they can keep that up with The Sinking City when it launches on June 27th for PC, PS4, and Xbox One.