At this year’s E3 THQ Nordic revealed a remake for Pandemic Studios’ 2005 third-person shooter, Destroy All Humans. The upcoming remake from Black Forest Games attempts to rekindle the nostalgia from the 14-year-old classic. After announcing the game at the start of E3, THQ demonstrated some footage on the show floor featuring 20 minutes of gameplay. They also talked about the available platforms, and didn’t completely rule out the Switch but at the moment it’s not confirmed for Nintendo’s console.

YouTube outlet Meteorite Games dropped the 21 minute video onto YouTubers this past week, which you can check out below in all its unedited glory. Enjoy.

As for the Nintendo Switch is concern, since the game is graphically demanding it’s not on the slate for launch on Nintendo’s hybrid console but it was mentioned that the team is investigating the possibilities of porting it to the Switch. So it’s not completely ruled out. As mentioned in the E3 demonstration…

“We can’t really confirm [Nintendo] Switch because it’s a pretty big game and a very visually heavy game, so we have to see if we can make it work on the Switch as well.”

The Unreal Engine 4-powered shooter has been completely rebuilt from the ground up for PC, PS4, and Xbox, with more cinematics, and motion capture for all of the game’s actor animations.

As noted by the commentary, there are 60 people working on the core game. However, the mo-cap work was actually outsourced.

The game will feature all of the traditional levels from the original Destroy All Humans, but according to Black Forest, they are also adding some new content to the game as well. The level sizes will mostly stay the same, however they are adding a few extra tasks and missions to the game that weren’t available in the original game. 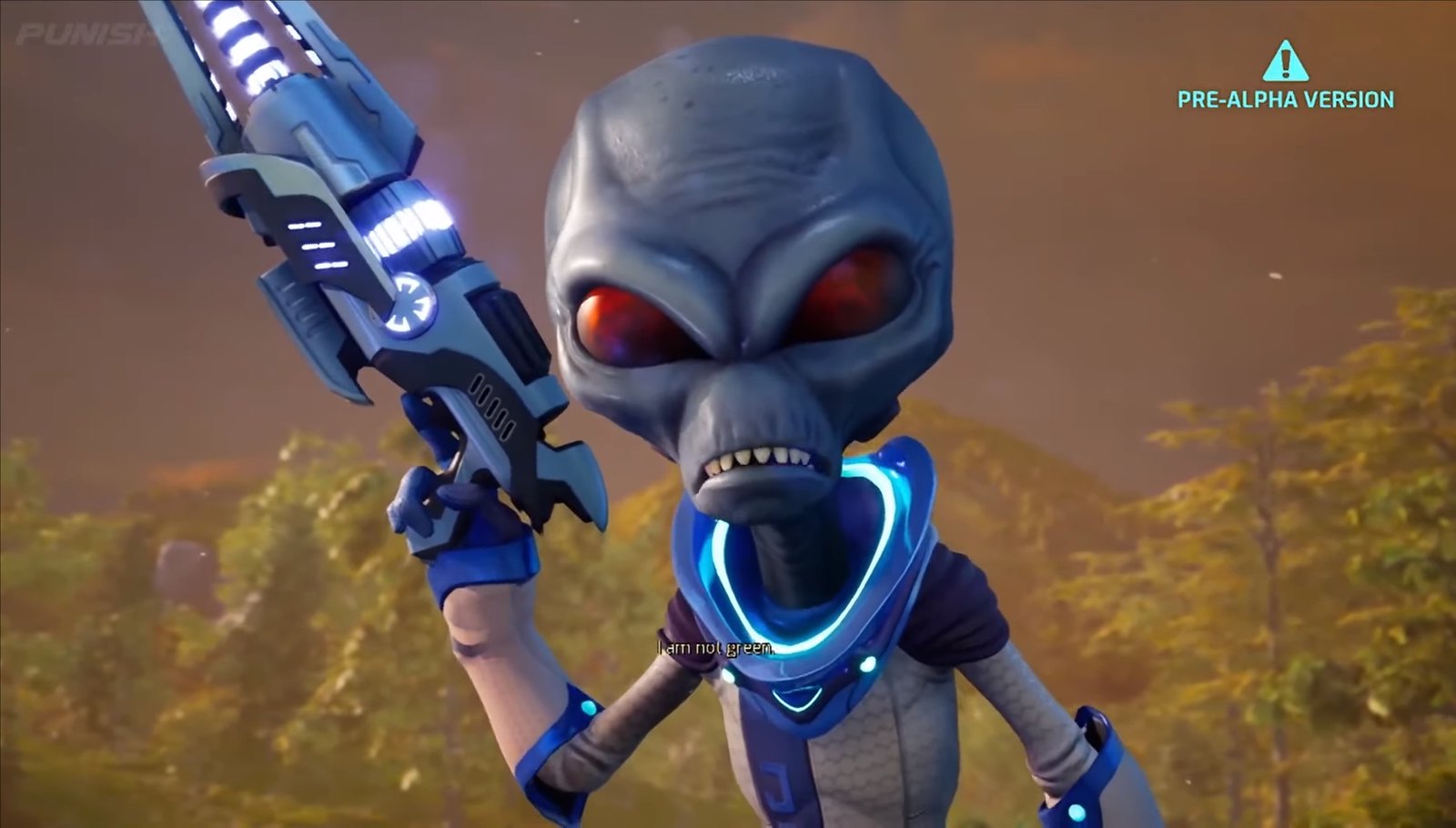 Much like the classic on the PS2 and OG Xbox, you will have six different cities to visit, as well as improved combat mechanics to make use of, which includes being able to fly and use psychic abilities at the same time.

According to Black Forest the game will be available on PS4, Xbox One, and on Steam the Epic Games Store, and Amazon when it launches in 2020. I don’t know if they’re going to stick to this plan but it was mentioned that the Destroy All Humans remake will be mid-tier with its pricing.