343 Industries recently showcased an hour’s worth of footage for the Steam rendition of Halo: Reach. During the stream they revealed that the insider flighting to alpha test the PC version of Halo: Reach would take place after they attend E3 and give the public a taste of the E3 demo build.

During the first few minutes of the Mixer stream that was published on YouTube, the members of 343 Industries revealed what gamers could expect from the Steam flighting test, as well as what would be present at E3. You can see the full hour long video below.

“I think that – and I’ll go ahead and say because you’re probably asking yourself the same question – yeah it does mean we’re gonna be bringing some content to E3 before we’ve actually started our insider flighting. […]

“[…] It’s not ideal. We don’t like that scenario. We know that insiders have been eagerly, anxiously waiting since March to get their hands on the content. I will say – good news is – we’re really close. And we’re gonna start insider flighting in June.”

They note that what they showcase at E3 will be part of the insider flighting tests, but the E3 demo will be limited in terms of the user experience. The UI will be limited as far as the menu options are concerned.

The team was also asked about split-screen on PC, and they explained that since there are 11 different engines operating within a single piece of software for Halo: The Master Chief Collection, split-screen has been a difficult feature to tackle but the engineering team is working on it.

“My understanding of where the team’s head is at, is that it’s not something we’re able to commit to at launch, but it’s definitely something the team is going to be looking into.

“And I think I’ll just say personally I’ve been very surprised at the amount of demand and expectation for split-screen on PC. I’ll admit I’m kind of naïve about the PC space. I play some PC games but I’ve never played a split-screen game on PC, but I think as more and more PC gamers play in their living rooms and on their TVs, split-screen… we know it’s something that PC gamers also want, and it’s a part of the franchise and the legacy of these titles. So I know it’s top of mind for [those] on the engineering team, but I don’t think it’s something we can comfortably commit to having there at launch.” 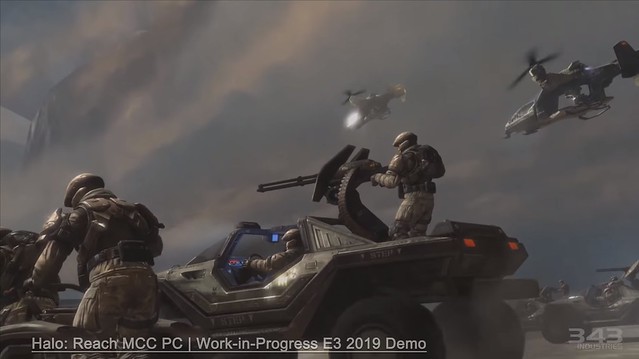 But what’s funny is that Halo’s split-screen had to be built for the ground up, and so it wasn’t like you can just pull down the console command and everything works just like it does in the Unreal Engine. However, it is good to know that 343’s engineering team is working hard to find ways to implement split-screen into the PC version of Halo: Reach. I’m definitely looking forward to that.

They also revealed that they won’t have mod tools available at launch, and cross-play also won’t be present at launch, but they are looking into supporting mods down the line, along with potential cross-play support with the Xbox One family of game systems, depending on demand.