Theodosius’ My Little Angel never had a chance to garner an audience because the game was hit with Valve’s banhammer before it even released. The game was originally scheduled to launch during the summer but it was banned on June 26th, 2019, but no reason was given.

According to the SteamDB entry, My Little Angel was set to launch on August 1st, 2019.

What’s odd is that is that Valve had approved the game’s store page to go live for My Little Angel back in early May, and then later in May they made an announcement indicating that a demo version would be released. They also announced that they were working with Valve to ensure that the game would be available on the Steam. 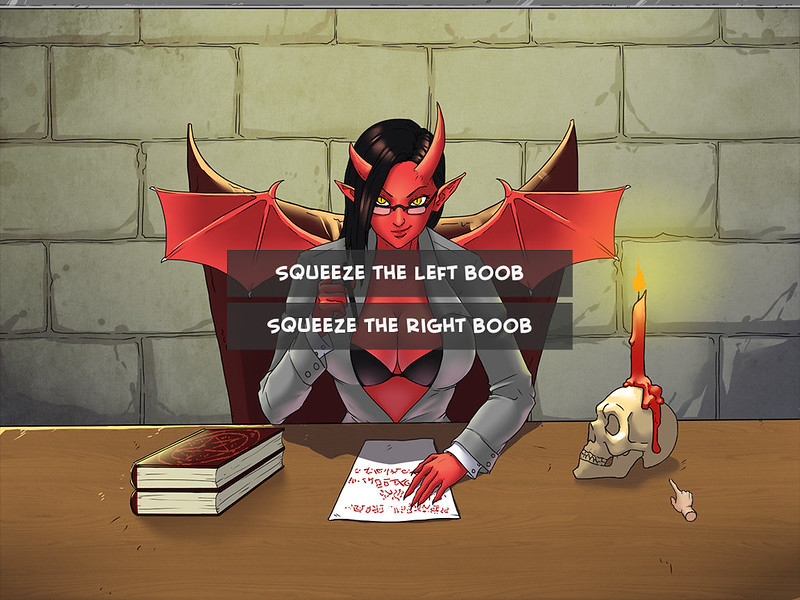 “[…] If you are waiting for a game here, or just stumbled upon it, flipping through Steam, then maybe it will come out a little earlier than indicated. We have already started working to make all the necessary changes to publish the game in Steam and it remains only to integrate the translation.

“A demo version will be available soon so you can evaluate the game and decide whether to wait or not.”

If you check the SteamDB page you’ll note that they were adding additional tags to the page, including the adult filter.

It looked like the game was set to launch on Steam as announced by Theodosius, but for whatever reason Valve banned the game at the twelfth hour.

It’s been speculated that the game was banned because it was set in a school. If you check the archived store page, the objective of the game is that you take on the role of an overseer of the main female protagonist, either influencing her with angelic suggestions or demonic powers, keeping her chaste or turning her into a slut. The game features three different endings and over 40 unlockable CG sequences.

In one sequence we see that the main female protagonist is in a school uniform in a broom closet, so it’s possible she may be in college, and given that Valve has inconsistently banned other visual novels set in college, such as My Girlfriend, the same thing could have applied here.

Of course, since we don’t know what criteria Valve uses to ban certain games, and since they don’t publicly discuss the bans, we can’t know for sure exactly why they targeted Theodosius’ title.