Madmind Studios has yet another game in the works powered by the Unreal Engine 4. The new title is called Paranoid. They released a brand new trailer for the upcoming horror game, which clocks in at just under three minutes, featuring a brief glimpse at the game’s content and setting.

I have no idea what’s going on in the first half of the trailer, which showcases a number photorealistic environments that begin to bend and distort, but it plays into the game’s concept of the main character’s psychological delusions and paranoia.

Later on in the trailer a recording plays of a woman talking to a man named Patrick, where she tells him that everything is connected, and that they’re watching him. I have no idea what’s going on but it looks like it could be one of those minimalist horror-thrillers, which could end up being kind of cool depending on how its handled. You can check out the trailer below.

Details on the title are thin, but we do know that it’s going to be released exclusively on Steam, which almost feels like a deliberate jab at Epic Games.

The press release only reveals that you’ll follow the main protagonist Patrick, who suffers from a deteriorating state of mental illness that becomes progressively degenerative over time. The trauma was brought about by the loss of his family and the disappearance of his sister… just until 13 years later his sister mysteriously up and calls him out of the blue.

The entire ordeal takes place in the late 1980s, so it’s a period piece. Now there are a couple of cool caveats to this horror game unlike other recent entries in the genre. First up, the game does have enemies, which is cool. That means that it’s not just a walking simulator with some pop-out scares like certain other titles. 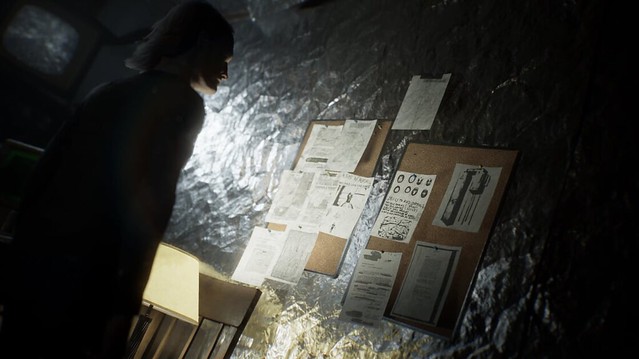 Even more importantly than the enemies is the revelation that the game does have melee combat. So no, you are not some helpless, weak little victim waiting to get terror-raped by some extradimensional entities, nor will you be running and hiding the entire time, which gets boring real quick.

Also, don’t expect this to get approved for physical release in Australia because the game relies heavily on drugs, somewhat similar to The Suffering. There are also three different endings in the game that can be unlocked depending on your playstyle.

Based on the description I’m getting some Get Even and Condemned: Criminal Origins vibes from this game. Keeping it grounded would definitely help with the horror aspects, and hopefully the enemies/monsters/whatever they are aren’t stupid because that would really take away from the overall atmosphere. But the game is still in development so we’ll have to wait to find out more. Madmind has potential but sometimes their games can be a little rough around the edges. Even still, I’ll be keeping an eye on this one.