During the Ubisoft E3 press conference they rolled out some additional details about Watch Dogs: Legion, explaining that the upcoming open-world hacktion title won’t have a standard protagonist like in previous games, but instead gamers will be in control of a multitude of characters who start off as free-roaming NPCs within the game world.

The era is set in a dystopian London, England, almost like a future based on current day London. The only difference is that Ubisoft was too afraid to show it as a fiery hellhole dominated by violent, knife-wielding migrants and terrorists. As is usual with most of Ubisoft’s titles, they pretend to take a middle-ground approach to Watch Dogs: Legion but it still comes off heavily as leaning into supporting Leftist politics.

Ideology aside, the game does have a few interesting mechanics going for it, such as being able to play as any NPC you recruit to the DedSec group. They showcase how this feature works in the E3 demonstration below, courtesy of GameSpot.

So before you recruit someone you have to examine their profile, see what they’re good at and then if they fit the kind of role you need, you can attempt to lure them into the Dedsec family.

In order to get an NPC on your team you have to first complete a series of missions for the character and raise their trust levels of DedSec until they choose to join you. Not every NPC will instantly want to join your team, though. Some of the NPCs will be harder to pull into your anti-establishment hijinks, especially if you’re trying to recruit people from the upper echelons of London’s more bourgeois class.

People from the dredges of London’s lower end will be more likely to join up with you, though, since they have far less to lose.

By the way, the one chick they show walking down the street looks like Ubisoft’s poor attempt at paying a head-nod to Noomi Rapace’s getup in The Girl With the Dragon Tattoo.

Once recruited you’ll gain access to the NPC’s abilities and traits. NPCs are broken down into factions, as mentioned above. Different factions come with different traits and abilities, and there’s also an option to assign a recruited NPC to one of three different character classes.

Once recruited to your pool of DedSec members, you’ll be able to switch between them and play them at will.

However, there are some caveats.

For one thing, if a character dies that’s it… they’re dead. The game utilizes a permadeath feature, so if they get killed in the game they stay dead. However, not all combat encounters will result in death. Sometimes your characters might get incapacitated and sent to the hospital for a while depending on their injuries, or they might get captured and need rescuing, like the drone operator in the E3 demonstration above.

Different character factions also have their own animation sets and behaviorisms, similar to the NPC factions from Grand Theft Auto games. Old people move slow, can barely fight, and are not the most adept at parkour. They do blend into the environment easier and I assume get a boost for disappearing into crowds. 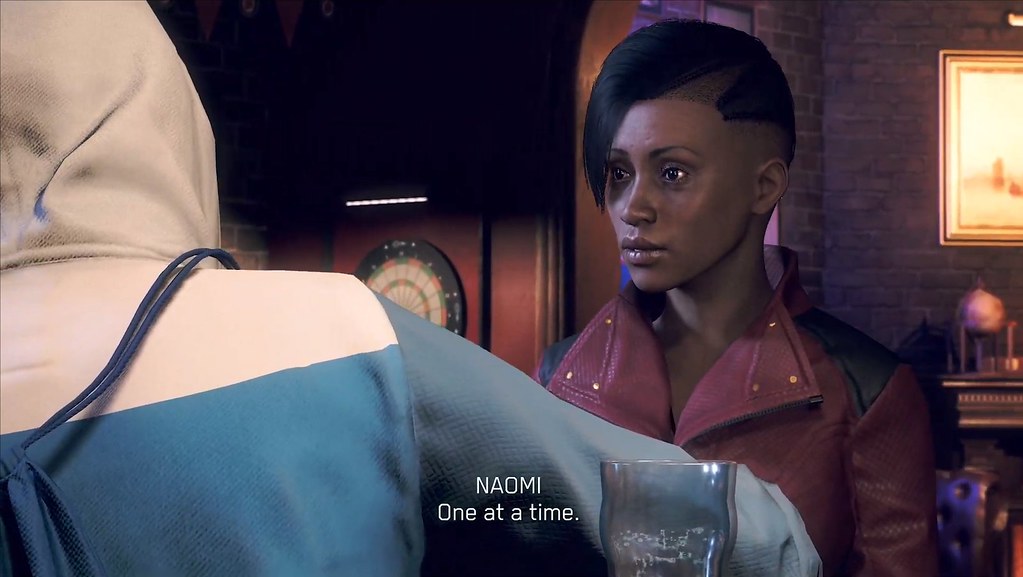 There are others who are more skilled at parkour, making them more reliable for getting into and out of high-security locations. Others are more proficient at melee combat, making them auspicious for close-quarter combat and taking down multiple foes without firing a single bullet.

Oh, and that’s another thing they added this time around: actual melee combat.

In the previous two games you just pressed the melee button and the characters just automatically dispatched their foes. In Watch Dogs: Legion you’ll actually have to fight enemies and the enemies can fight back. So certain NPCs are obviously more useful for certain situations than others.

The melee combat isn’t quite as good as Saints Row 2 or Sleeping Dogs, but it’s definitely a step up from the first two Watch Dogs games.

For me the real highlight is that if you don’t want to play as some annoying, degenerate, hipster freak you don’t have to. Hopefully they don’t force players to have to recruit certain characters to their pool of playable NPCs, though, otherwise that would instantly kill the experience.

I’m curious how the whole permadeath feature is going to work with multiplayer, though? Will it just be co-op or will they bring back the hacking PvP feature from the first game? I suppose we’ll find out more leading up to Watch Dogs: Legion’s release on March 6th, 2020 for the Xbox One, PS4 and PC.