The Memology 101 video that was going around about Vox’s Carlos Maza being a degenerate was removed by YouTube on the grounds of it being “hate speech”. The company then proceeded to strike Memology 101’s account, preventing him from uploading any new videos for a week.

The YouTuber announced this unfortunate turn of events via another channel, Memology 102, where he uploaded a quick minute and a half video revealing that his original video about Carlos Maza had been removed. He showcased the notice that YouTube sent and a quick recap of how it took place. You can check out the video below, which was posted up on June 10th, 2019.

As pointed out in the video, any kind of video or negative criticism about Carlos Maza results in the video being demonetized, basically as a chilling effect to prevent people from speaking ill of the Vox journalist, even though he put a lot of people out of work and cost plenty of other people their livelihoods.

However, propagandists don’t care about the lives they ruin, only the message they can get out.

In this case, even YouTubers simply showing Maza’s past behavior gets them strikes from YouTube and uploading privileges restricted. 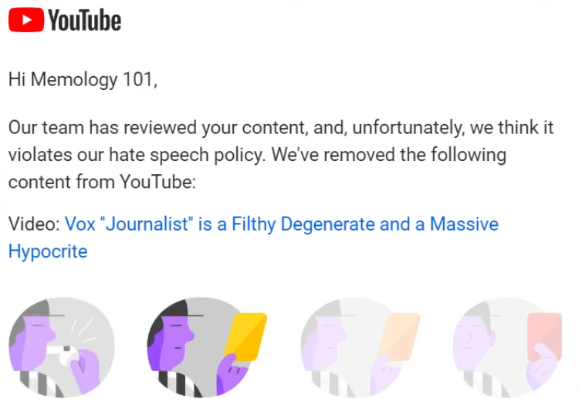 People like Steven Crowder had his entire channel demonetized, along with various others. A few YouTubers like Varg and Xurious weren’t so lucky, and they had their entire channels terminated without notice. Even StreamLabs had their account terminated by YouTube, and they don’t even post any kind of political content to their channel!

Maza initiated the VoxAdpocalypse and now there’s a ripple effect where you can’t even criticize him for the damage he’s causing, nor can you discuss the degenerate behavior of the Vox journalist without being demonetized. 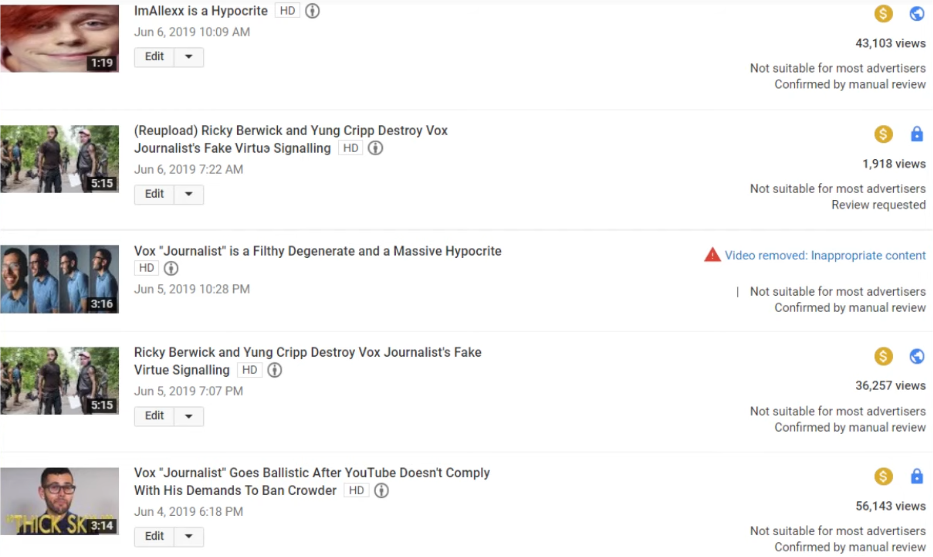 Thankfully the good folks over on Voat managed to archive the video and so you can still see Memology 101’s deleted video over on Bitchute.com.

I’m curious if Memology 101 will keep up with the roasts on the very people trying to destroy the livelihoods of YouTube content creators or will he tone it down? The smart thing to do would be to get all the worthwhile content up and out on BitChute so when the inevitable termination is passed down it’s not a total loss.

Meanwhile, heavy hitters like Keemstar are teaming up together with plans on creating an adpocalypse for mainstream news media. Hopefully they’re able to bring some much needed justice to the intersectional activists who have made it their life’s goal to ruin the lives of normal people.

(Thanks for the news tip Aulia Raihan Hakim)