I know how people feel about crowdfunding anything these days. With all the scams and double-crossing taking place within the industry, no one wants to bat an eyelid at a lot of worthwhile Kickstarter projects because the scumbags ruined it for the true hearts. Well, if you still have a little bit of faith in the independent crowdfunding scene (and I’m pretty sure you don’t), there’s actually a really cool side-scrolling, 2D beat-’em-up game made in the same vein as the Mega Man X titles called FictionSphere.

The game is currently in development by an indie outfit out of Brooklyn, New York called Team Einherjar. The project currently has a goal of just $20,000 and they plan on accruing those funds over the course of the next 31 days. Right out of the gate they’ve managed $3,600 as of the writing of this article on the first day of campaigning, which isn’t bad.

They’ll just need to get some momentum going and maybe they’ll be hitting those stretch goals quicker than they know. And trust me, you’ll want them to hit those stretch goals because at the $24,500 mark they will work on a Switch port. The less interesting stretch goal after that – at the $25,500 mark – there will be a PS4 and Xbox One port. But no one really cares about the other two. The real juice is in the Switch port.

But what is FictionSphere about? Well, it’s a side-scrolling beat-’em-up game like combining Advanced Guardian Heroes with Mega Man X.

In the near future a plague known as Phanteria has taken hold of society and it transforms any living organism into a phantasm.

These phantasms begin to destroy everything in their wake, and only a few brave souls possess the power and ability to fight against these destructive forces. One such individual is Ratio, who almost became a phantasm when they attacked his village, killing many of the inhabitants and nearly killing him. However, he was saved by a woman named Sapphire who trained him up and taught him how to defeat the phantasms. After Sapphire died in battle, Ratio made it his mission to cleanse the Earth of the plague and restore order as a way to honor his fallen mentor.

Art wise the game looks great. The general sprite designs are quite detailed and have some interesting designs. The shading is definitely on point, and the sprite-work looks very professional. It would be easy to mistaken the game for a 2D platformer that Capcom would have made back in the 1990s.

Feature wise, I’m very impressed. It looks like FictionSphere has a lot of the basic groundwork to be a fun, highly replayable game. In some ways the scope reminds me a little bit of a beat-’em-up, grungy, metropolitan version of Freedom Planet, just without the furries or the Sonic inspired stages.

But even more than that, the game sports mini-games. As mentioned, in addition to the shooting gallery segments there are also driving segments, themed after Sega’s super scaler for high frame-rate racing.

The animations for the main character could still use some work, mainly with the kinetic body positioning and the way the character is animated. Using some anatomy reference material for the kinematics would help give the character more believable movements for the basic running and jumping, which might improve the overall visual presentation. But I’m sure that will be improved once they get fully funded. 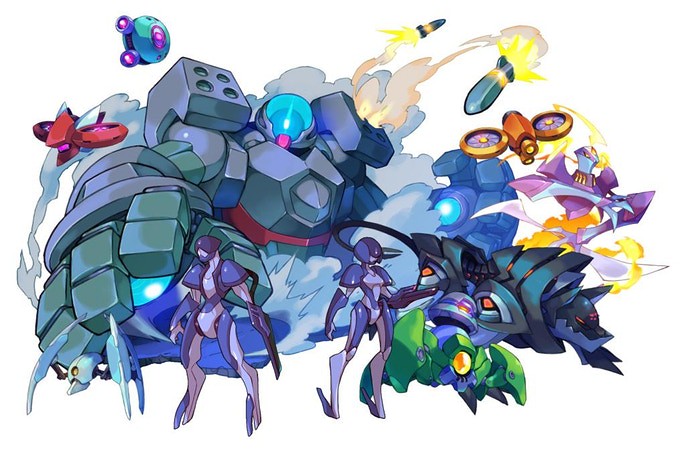 Now as mentioned at the top of the article, a lot of people are leery about crowdfunding projects because there are a bunch of dirty dealers and video game vagabonds looming around every corner where a dollar or a dime can be grifted.

However, FictionSphere definitely looks solid and reminds me a lot of 20XX. Now if you’re not convinced that this is a game worth backing you can actually try out a free demo beforehand by visiting the GameJolt page.

If the demo has convinced you and you feel like this is something that needs to be brought to life, you can commit to the campaign by visiting the official Kickstarter page.

(Thanks for the news tip British Otaku)