Skybound Games and NMC Studios announced that the second season of content has gone live for Notmycar, the vehicular battle royale game for PC. This includes all new playable vehicles, an increase on the player-count, and further fixes and refinements during the Early Access run.

The biggest news of the update is that now 40 players can join a server and do battle on the maps in Notmycar. Back in April of 2019 they revealed that their main goal is to eventually get the player-count up to 100 players per instance by the time the game is ready to graduate from Early Access. They’ve been fine-tuning and adding new content little by little since the game first started beta testing back in December of 2018.

In addition to bumping up the player-count they also added several new vehicles that can be acquired, including Clementine’s muscle car from Telltale’s The Walking Dead. The vehicle will be free for a limited time. 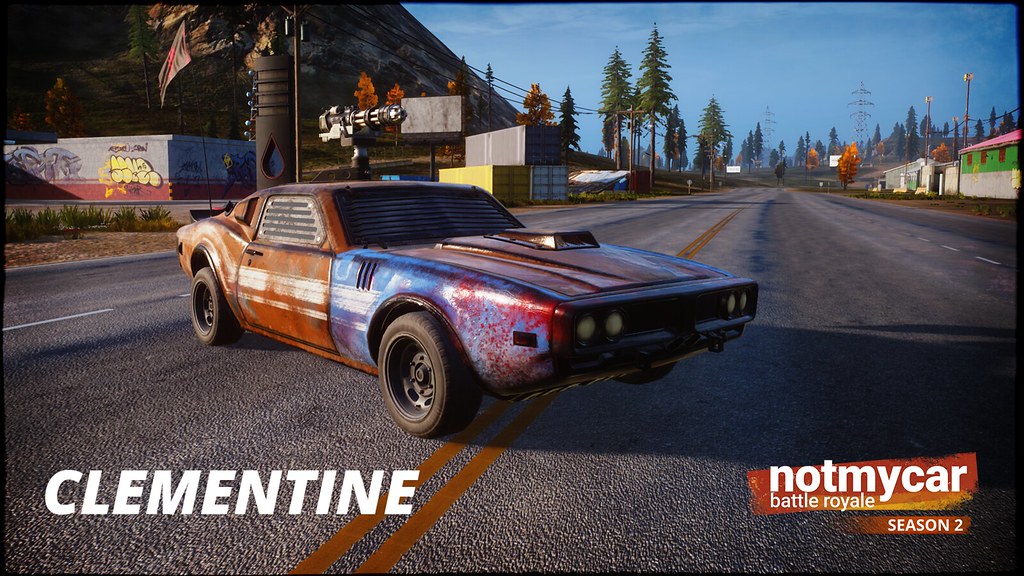 Clementine’s car isn’t the only new addition to the game, four other vehicle classes have also been added to the game, giving motorheads more ways to twist the metal of their opponents with heavy artillery and projectile-based armament.

One of the most prominently featured new classes is the Ligar supercar, which is a roadster based on the Bugatti Veyron.

It’s a speedy addition to the roster that will force the most obstinate of players to adapt to the new style of play, giving the game slightly more breadth in terms of how matches play out and what you can expect from the opposition. You can get a glimpse of the Ligar in action with the Season 2 trailer below.

Improved matchmaking was one of the other priorities that found its way into the latest update, along with improved network compatibility.

You can learn more about Notmycar by visiting the Early Access page on Steam.