WayForward Games announced that their latest endeavor is a hand-drawn beat-’em-up game set within the River City universe called River City Girls. The game was originally leaked a while back April of 2019 when it was rated by Australia’s Classification Board.

Well, earlier today WayForward dropped the official announcement trailer for River City Girls, which features two cute school girls gearing up for fisticuffs in order to save their boyfriends. It features Misako and Kyoko battling their way through town, using a variety of weapons and martial arts to kick butt, take names, and look kawaii while doing it.

The dynamic duo will be able to punch, kick, and combo their way through enemies, while also being able to grab nearby items and use them to help out during the fight, including but not limited to baseball bats, bicycles, swords, and park benches to name but a few.

The game also sports some slick tag-team moves, where players can start a combo, perform an air-launch, and have their tag team partner leap into the air to either finish the beat down or perform an air-grab and shuttle them back to the ground at blinding speeds.

River City Girls looks like it plays smooth enough. The animations are very similar to the Shantae games, unsurprisingly, and they’re designed to capture and retain the impact and grit of the classic River City Ransom games. 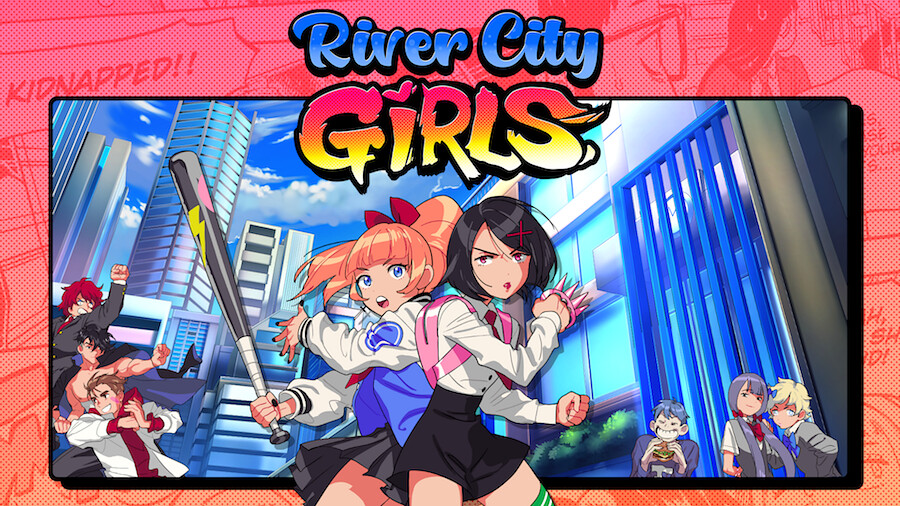 Anyway, the game will retain may of the core features from the River City Ransom series. As noted over on the official WayForward website, you will be able to walk around town, shop for items, interact with NPCs, and grab gear and boosts to upgrade your stats and fighting abilities.

The game managed to escape with an E10+ rating, which is shocking to me because I would have assumed the upskirt shots would have landed it a ‘T’ for Teen rating, but it will be available digitally on the Nintendo eShop, the PlayStation Store, and the Microsoft Store, along with availability on Steam and GOG.com for $29.99. There will also be a physical version made available in limited quantities by Limited Run Games.

You’ll also be able to get a first look at the game ahead of its release according to WayForward.

The gloves are off! We’re excited to finally share the details on our upcoming co-op beat-’em-up, River City Girls, which hits Switch, PS4, Xbox One, and PC this September! You can play it at @ArcSystemWorksU‘s @AnimeExpo booth this week! https://t.co/tD6ARMXDsO pic.twitter.com/peyy4mjB84

In the tweet they reveal that River City Girls will be appearing at the Arc System Works Anime Expo booth this week, so gamers will be able to get a glimpse at the six large city regions and a taste of the soundtrack featuring NateWantsToBattle, Chipzel, Chistina Vee, and Megan McDuffee. The game will also include anime and manga cutscenes to help tell the story and bridge the gaps of plot between the stages.

I’m actually somewhat excited for the release of the game, and will likely get a Limited Run edition for the Nintendo Switch, assuming they don’t sell out rapidly like what happened with Mercenary Kings.

[Update:] In the Japanese trailer it appears as if Riki and Kunio are playable. You can see their player portraits at the 42 second mark in the trailer below.

In the image we see that while the player is at the shop purchasing items, Riki’s player portrait is in the top left hand corner of the screen with a lifebar, indicating that he is a playable character. And, of course, if Riki is playable that also means that Kunio is playable, too. 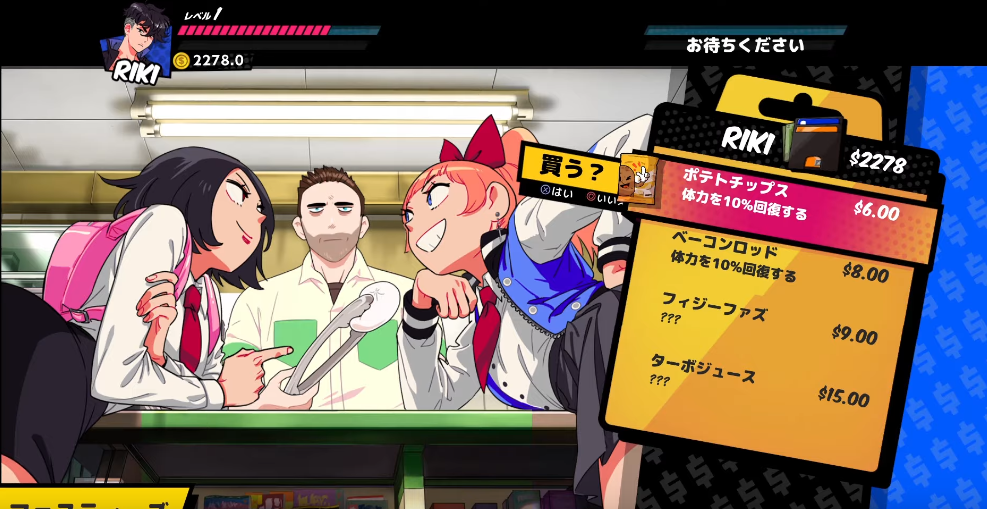 The game is also receiving some help from the same minds who brought you the Kickstarted beat-’em-up, River City Ransom: Underground. Bannon Rudis from Conatus Creative tweeted out that he was helping Wayforward with River City Girls for home consoles and PC.

Ok citizens of River City. Yes, this is what I have been working on at Wayforward. If you are going to @AnimeExpo this will be playable. These girls are ready to stomp some fools into the pavement. Please help them do so.#rivercitygirls #AX2019 https://t.co/T6kcOplsQI

(Thanks for the news tip RichardGristle)