The game sees players taking on the role of an astronaut who returns to Earth only to find that the planet has been overtaken by natural cataclysms. Among the ruins he acquires a mysterious lantern that has the unique effect of being able to transport between the planes of time.

You’ll use the lantern to glimpse into the past and attempt to solve the crisis that led to the cataclysm as well as avoid the apocalyptic monsters that now roam the Earth.

It’s kind of a cool concept and it has a neat aesthetic to it that combines post-apocalyptic scenarios with 20th century Soviet themes. You can check out the teaser trailer below to get an idea of what Caligari Games is going for.

You’ll search through the rubble for clues, attempt to access hospitals for evidence, and wander through abandoned amusement parks to see what once was.

Along the way you’ll have to solve a variety of different puzzles to access new areas and progress the story. There are also a number of mini-games to uncover as you piece together the story from the old and the new.

It’s pretty obvious it’s a social commentary on the dangers of Communism, but I wonder how well anti-American game journalists will embrace that concept since they’re completely delusional in thinking that Communism is a cure for their mental illness? 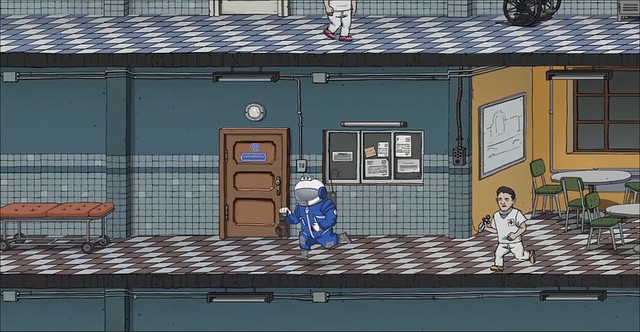 Anyway, The Great Perhaps reminds me, structurally, of Ubisoft’s Valiant Hearts. It has a similar aesthetic to it and the way you play the game is also kind of similar. The big difference is that Valiant Hearts was more grounded in its depiction of World War I and the horrors that all sides experienced, including the Germans.

You can look for The Great Perhaps to go live over on the Steam store starting August 14th. You can currently wishlist the game and follow its development leading up to its release.