Techland rolled out half an hour worth of gameplay for Dying Light 2. The half hour demo was originally put on display at this year’s E3. However, it was made publicly available for everyone recently.

The demo starts with a cinematic and some walking-and-talking segments in a bar, which eventually leads outdoors where Aiden Caldwell is put in a precarious position after a meeting goes south.

You can check out the demo from E3 below.

At the start, as players are moving through the club, a grunge-step version of Metric’s “Help I’m Alive” plays in the background.

Four minutes into the demo we finally get to see some action. The player-character leaps down into the middle of the fray and hack and slash the bad guys.

The next segment looks pretty intense, as Aiden has to either chase down the truck involved with Frank getting shot or stay with Frank.

If you choose to chase down the van, you’ll have to go through a building-hopping excursion across rooftops, through zombie-infested derelicts, and eventually make your way into the van. 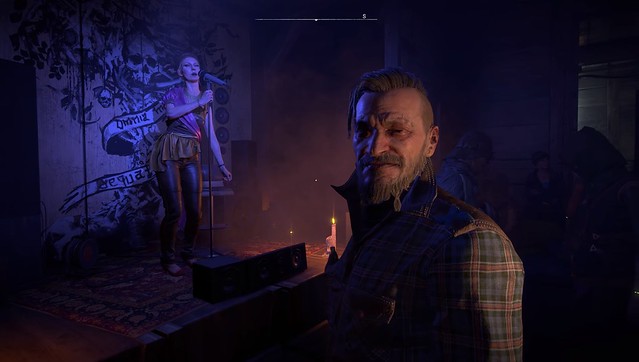 The E3 demo is scripted as crap, but the parkour does look good. They’ve doubled the amount of moves you can pull off, which includes using zombies as stepping stones to get up to higher platforms, drop-kicking zombies to clear a path, or being able to string together combos to scale the environment.

Throughout the demo we see that weapons now have modifications you can apply to them, and there’s also more stealth routes for those who would prefer to doing things covertly.

There appears to be a lot of different choices in the game, and – as Techland has promised – many of the choices actually seem to contain game-changing consequences, which completely alter the story, the landscape, the missions, and the outcomes for certain characters.

If the full game is as robustly rich with player-choices as the demo depicts, then it could be a highly replayable game.

You can look for Dying Light 2 to arrive on PC, PS4, and Xbox One starting spring 2020.

(Thanks for the news tip Jack Thompson)