Polish development outfit Anshar Studios announced that they have a new game in the works called Gamedec. It’s a cyberpunk RPG where you take on the role of a private detective, seeking to solve crimes in the futuristic landscape of the 22nd century.

For this year’s GamesCom set to take place in Cologne, Germany, they let loose the reveal trailer to give gamers a small taste of what they’re working on. So far the game is scheduled to release on Steam for PC, but don’t be surprised if a console release is in the books at some point in the near future as well.

You can check out the announcement trailer below.

Now that’s how you do cyberpunk!

This is what I was expecting from Cyberpunk 2077. A game about a gritty detective in a corrupt world ruled by corporations, greed, and the cybernetic debauchery that governs every waking moment of their lives.

That is what real gamers wanted out of a cyberpunk experience, and not that degenerate bullcrap that we’ve been seeing from CD Projekt Red’s title.

Anyway, Anshar Studios’ Gamedec is far removed from their Polish brethren’s action-RPG. In this game it takes place within virtual worlds within the futuristic setting of Warsaw, Poland. You’ll solve crimes committed within the virtual world that has real world consequences, from child slavery, to murder, to espionage.

This means you’ll venture about through various settings within the pseudo-MMO to talk to NPCs, uncover clues, and immerse yourself in the seedy underbelly of a cybernetically addicted society. 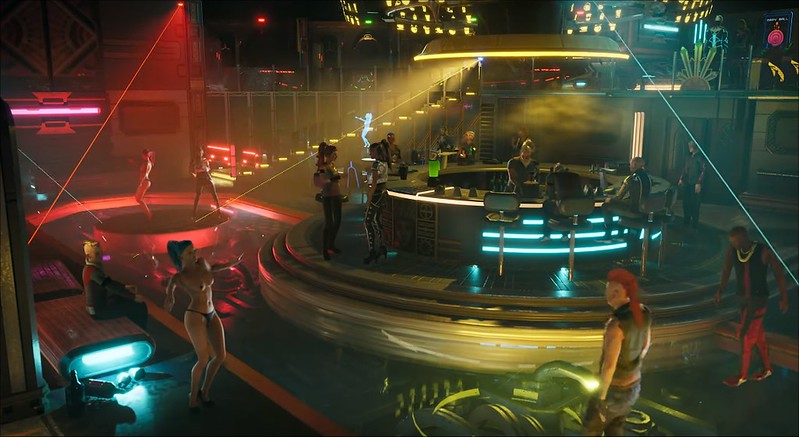 Like real role-playing games you’ll be able to pick and choose how you interact with NPCs, which will determine the outcome of your investigations, and the consequences that are doled out in result of your actions.

We don’t know a whole lot about the gameplay other than that the world itself is adaptive and that the role-playing experience will take place in an isometric view, not unlike Harebrained Schemes’ recent Shadowrun titles, which were surprisingly similar to the originals.

As for Gamedec… the architecture, the design scope, the weapons, the characters, the cityscape, the lighting, all of it looks like the kind of cyberpunk experience most fans of the genre have been craving.

Whether or not Anshar Studios can deliver is another story, but so far their teaser trailer looks like it’s really on-point. I’m definitely looking forward to this a lot more than Cyberpunk 2077.

For more information you can visit the official Anshar Studios website, or wishlist Gamedec from over on the Steam store page. You can look for the cyberpunk title to release at some point in 2020.

(Thanks for the news tip Yanr)