While a bunch of developers in the West are busy trying to find ways to make women look as horrible and as ugly as possible with decade old shaders, hideous haircuts, and unappealing body types, Japanese developers are busy working on ways to actually improve the gaming industry by developing new shader solutions, advanced animation pipelines, and some of the best designed characters in the history of 3D art development. That ethos couldn’t be more apparent with the antipodes design that the upcoming Guilty Gear has when compared to Mortal Kombat 11, the latter of which has some of the ugliest characters rendered to screen and some of the most unappealing females ever designed.

For Arc System Works’ Guilty Gear, the characters are as stylized as ever, and the design pipeline has been improved to take advantage of the per-pixel shading so that it’s smoother than what the art directors put into practice with Dragon Ball FighterZ, and even more refined than Guilty Gear Xrd -SIGN-. The results are a very dynamic, highly detailed rendering solution that makes the 3D characters pop as if they’re hand-drawn, and it depicts the detail on the characters via UHD mapping so that intricate details look as if they were penciled in.

You can see a glimpse of what Team Red at Arc System Works is working on, led by Akira Katano, with the debut trailer below, courtesy of GamersPrey.

So beyond the technical improvements on the engine side, we see that Team Red is sticking with key-framed animation with no frame-filling. Usually when you key-frame an animation you can have the animation tool fill in the frame between the key frames. This creates a smooth flow for the animation without the animators having to manually pull and yank around the kinetic rigging for each frame.

In the case of the newer Guilty Gear games, what the animators do is only save the frames where they want the characters to move, to create the illusion of being animated at 24 frames per second within a 60 frames per second runtime environment. The frames per actual animation are anywhere between four and eight for some of the moves, and much higher for some of the special. It’s not unlike the way animation was done back in the old digitized, hand-animated sprite era where only a few frames were used per move.

This creates the illusion that these 3D characters are moving like hand-animated 2D sprites, which is a brilliant way of capturing all of the detail and intricate designs that you would usually find in hand-animated 2D projects, but render them in a 3D environment. You’re getting the best of both worlds.

A lot of these artistic techniques had to be designed and engineered from the ground up, especially the shader, since there’s no rendering solution like that built into the Unreal Engine 4’s stock library of assets.

Now the cool part about it is that this gives the game its own highly unique look. The downside is that these shaders have to be finely tuned for each character, and at different angles, similar to what they had to do with Dragon Ball FighterZ. 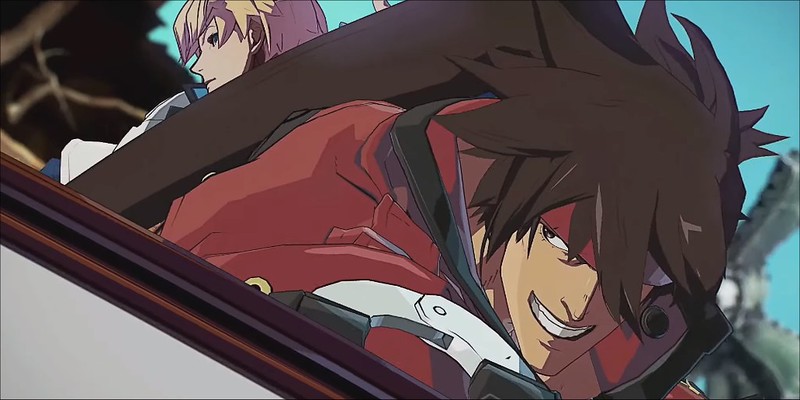 The big difference between the two is that you don’t see the shadow popping from one place to the next whenever the angles change in the upcoming Guilty Gear game the way they did in Dragon Ball FighterZ whenever a character rotated or changed positions within a single camera shot.

We still don’t know much about the new Guilty Gear game, and we’ve only seen a brief snippet of what’s to come, but it looks fantastic. It’s such a shame that we don’t see more games utilizing that kind of artistic technique to design cool looking games within the Unreal Engine 4, but then again there are a lot of diversity hires in the Western gaming industry who just don’t have the necessary skills to make good looking games, and that’s evident with all of the craptacular titles they’ve been shoving out for home consoles and PC in recent years. 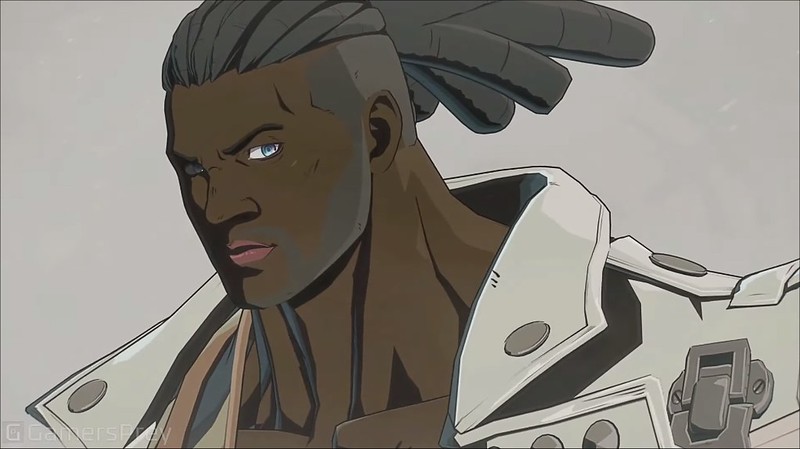 Much like Bandai Namco, Team Red decided to advertise their “diversity” in the character line-up with a new cyborg warrior. I’m not sure what’s up with Japanese developers throwing all these black people into fighting games all of a sudden, but it definitely gets the noggin jogging, you know?

Anyway, I’m definitely looking forward to learning more about this upcoming Guilty Gear, which may or may not be for the next gen consoles. Stay tuned.

(Thanks for the news tip dk max)