The Chapo Trap House sub-reddit — based on the anti-Conservative, Left-wing satirical podcast of the same name — has been hit with a quarantine from the Reddit administrators for having “violent content” that they claimed went unreported.

The administrators sent a notice to the Chapo Trap House moderators on August 6th, 2019. If you attempt to visit the sub you’re met with a message warning you that the community has been quarantined.

The subscribers of Chapo Trap House were quick to point out that other subs to the far Left contained far more violent language than anything in the CTH sub, but those other sub-reddits, such as SRS or /r/Politics/, have been given a pass.

One of the mods, wolscott, explained that they’ve been trying to hound down the administrators and find out exactly what earned them the quarantine, but they haven’t been able to get any coherent responses.

Wolscott did follow-up with a separate thread showing an example of content that the administrators personally removed from the Chapo Trap House sub, which you can view below. 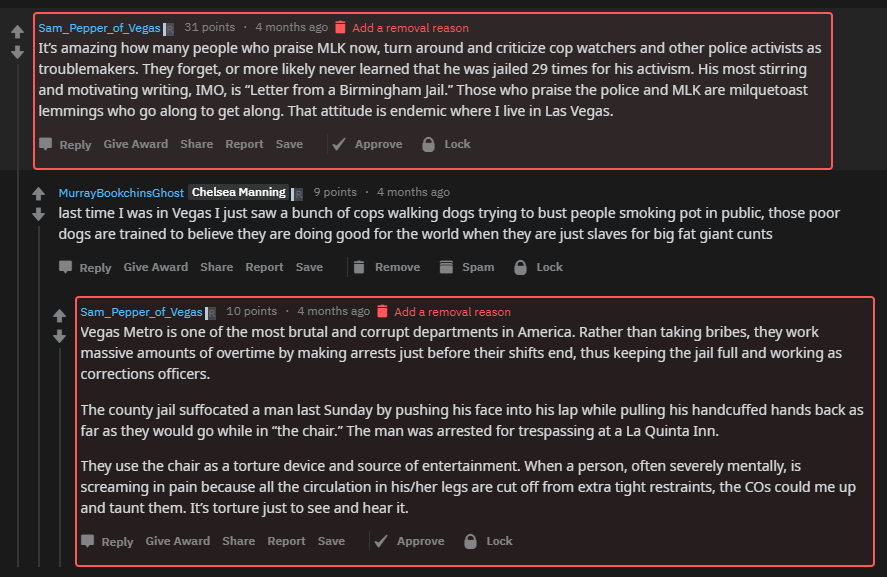 So basically they’re not just coming for those on the Right, but those on the Left, too… especially if you’re not Left enough.

This is a prime lesson for all the Centrists™ out there who think that they’re still safe from the censorship banhammer. Newsflash: You’re not.