CI Games announced that Sniper Ghost Warrior Contracts will release on PC, PS4, and the Xbox One starting November 22nd, 2019 later this year during the fall. The news came courtesy of CI Games’ participation in showcasing their wares at GamesCom this year in Cologne, Germany.

The release date for the game was accompanied by a new trailer as well, which features more gameplay content and a look at some of the locations you’ll be visiting and some of the high-powered rifles that will be at your disposal.

The trailer is very reminiscent of the old Hitman trailers, back when the game series had some clout and respectability. You can check it out below.

I have to say, this is a beautifully done trailer. Absolutely stunning.

A lot of it boils down to how they make use of the lighting, distance, and the field of view within the trailer specifically. As wide open and as expansive as the levels are, the trailer itself stays rather contained and very up-close with the sniper, as if they don’t want you to breathe while watching the action unfold lest you miss something.

Again, the lighting here looks phenomenal in the CryEngine. Despite a lot of the colors and camo blending in with the environment, there’s still a good enough contrast between the surrounding geometry and the characters. It’s subtle but noticeable.

There’s also a lot of gradient light changes in the dynamic shadows based on environmental refractions so that you get splashes of light from the sunset bouncing off the fabric, and the overcast of the mountain towering darkened shades of gray and black from the rock over the objects below. This makes positioning, time of day, height, and light direction key factors in how you setup your kill shots or how you attain visibility for said shots. 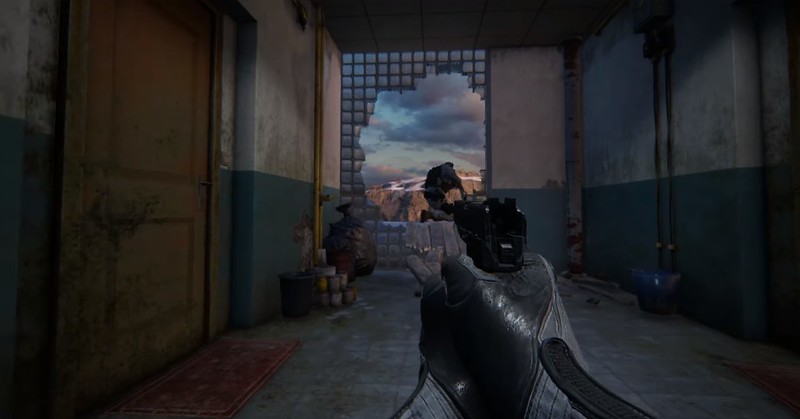 Another thing is that the trailer highlights the AI’s reaction to bodies being discovered. They send out drone patrols, they go on high alert, and essentially even while you’re trying to be stealthy, they’ll still keep an eye out for you.

While the macro-alerts definitely seem on point, I wonder if the micro-alerts will be on point? What happens when the alarm triggers and players are moseying through tight corridors and steely doorways – will the enemies be on the lookout with aggressive intentions or will they default to the low I.Q., status that most AI are known for?

Enemies aren’t the only ones with access to advanced tech. Players will be able to make use of the Dynamic Reticule System to help with bullet-drop, wind, trajectory and distance, as well as pilotable scout drones, integrated binoculars, and the all new Augmented Reality Mask.

The game will feature 25 main contracts for players to complete across a core campaign narrative, with sandbox-maps to play through, along with an accompanying multiplayer mode.