Cultic Games and 1C Entertainment’s Stygian: Reign of the Old Ones is almost guaranteed to become a sleeper hit since it’s one of the more original games coming out this year. The turn-based, Lovecraftian themed role-playing game has finally received a release date after going through the hardships of crowdfunding and independent development, and you’ll soon be able to get your hands on the title starting September 26th, 2019.

The release date was accompanied by a new minute and a half long trailer that delves deeper into the game’s character customization, the magic system, the perils of madness, and how players will have to check and balance their party’s sanity in order to avoid succumbing to the desire of extradimensional disorder.

We get to see a few new scenes involving some of the locations you’ll visit and some of the enemies you’ll face off against, which range from cowl-clad cultists to dangerously deformed abominations from beyond.

So far the themes, characters, and settings seem to stay true to the 1920s aesthetic that they had originally envisioned during the Kickstarter run back in 2016. It’s been a long three years but the finished product is looking quite good, so far.

There doesn’t appear to be any forced diversity, any alphabet soup nonsense on display, or any other ridiculous in-your-face feminism completely taking you out of the experience… so far.

I’m sure gamers will have to comb through every pixel, Flash animation, and backdrop to see if there’s any kind of Left-wing subversion at play. But again, for now it looks clean. 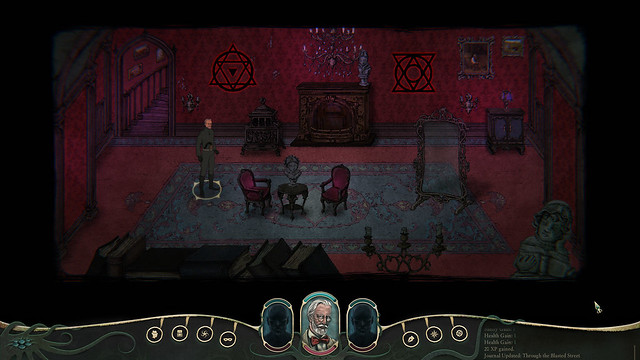 The actual gameplay will allow you to build a main character from one of eight classic archetypes from Lovecraftian lore. You’ll have to navigate through a world being brought to its knees by the blight of madness, and you’ll need to steel your character’s resolve through the Stygian’s Belief System, which will determine how long they’ll be able to hold out before ceding sanity to the warped reality of Arkham.

The sanity degradation also plays a role in how the story unfolds and what new dialogue options are made available when interacting with NPCs. It’s a neat concept and I’m glad to see it being applied in a meaningful way that affects the story in a game like this.

The combat is turn based but it’s more like Might and Magic rather than X-Com. You’ll have to weigh the cost and consequences of the black magic system in the game, where it costs you health, sanity, and possibly more if you rely on its use in a reckless manner. So you’ll have to pick and choose how you employ magic in the game.

You can learn more about Stygian: Reign of the Old Ones by visiting the Steam store page, or wishlist the game ahead of its September 26th, 2019 release.

(Thanks for the news tip Treavor GornintheUSA)