Whether it’s a big, small, or medium account, if you profess Right wing talking points on your YouTube channel, you’re fair game for potential termination by YouTube. One of the latest victims is VDARE TV, a rather small channel attached to a news website of the same name.

Kotaku In Action 2 picked up the news from the dead YouTube channel for VDARE TV, where if you attempt to visit the channel or play any of the videos you get hit with the following message. 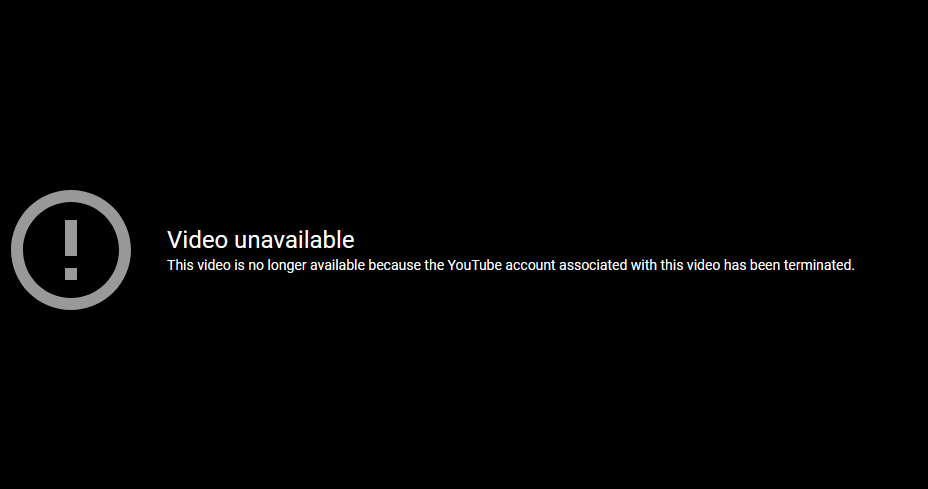 If you visit the video game of the official VDARE website, you’ll note that the last video was uploaded on August 23rd, 2019.

We don’t exactly know what led to the termination other than that the channel was somehow in violation of YouTube’s terms of service. A similar incident occurred with Paypal back in August of 2017, where the company curtly cut off the donation funds to VDARE without any explanation. This led to VDARE organizing a lawsuit against the payment processor back in June of 2019.

Big League Politics provided more context on the situation, referencing a now deleted tweet from VDARE joking about their channel being about alive and as well as Donald Trump’s wall. They did have a second tweet that was a lot more mellow, thanking fans for the support while acknowledging the termination of their channel.

Thanks to all our followers & special thanks to Wilson Hewlett, our intrepid anchor. We won’t go without a fight, but we really need your help.

Big League Politics also referenced a tweet about a blog post that the Anti-Defamation League made on August 15th, 2019 where they requested YouTube to remove a number of channels.

The list consisted of notable names – some of whom have already had their channels terminated – and a few who are likely now on YouTube’s chopping block.

You might notice that James Allsup is on the list, and he was one of the YouTubers that recently had his channel terminated right out of the blue, even though he had no community violations nor any copyright strikes on his channel before the termination occurred.

They’re likely going to target American Renaissance and Faith Goldy next if they haven’t already.

YouTube is on a purging spree, looking to deplatform any kind of voice that might pose a significant threat or raise the attention of the masses in opposition of Google’s agenda to steer the 2020 elections their way.

Average people should be fretful at the censorship escalation taking place but all of it seems to fall on deaf ears, or the average person can’t reach the places reporting about the news because it’s shadow-banned.

We live in scary times, yet people don’t seem to see the irreversible danger looming just ahead of them.