If you wanted to keep your version of Fire Emblem: Three Houses honest, then don’t update the game… ever. Nintendo rolled out the patch notes for version 1.02 that released on September 10th, 2019 for the Nintendo Switch RPG, and it included the mention that a voice actor had been replaced and that some text had been changed.

According to GoNintendo, the text change involved a side character named Bernadetta. You can see the comparisons between the original text and the altered text, thanks to a thread on GameFaqs.

A lot of people were trying to figure out why the dialogue was changed? The alteration actually makes it sound worse than the original dialogue.

It also wasn’t clarified that this was the specific dialogue that was altered in the patch, but the patch list does note that some text were changed. If you head over to the changelog page, you’ll see that near the bottom under the “General” sub-heading there’s a section that reads “some text has been revised”. 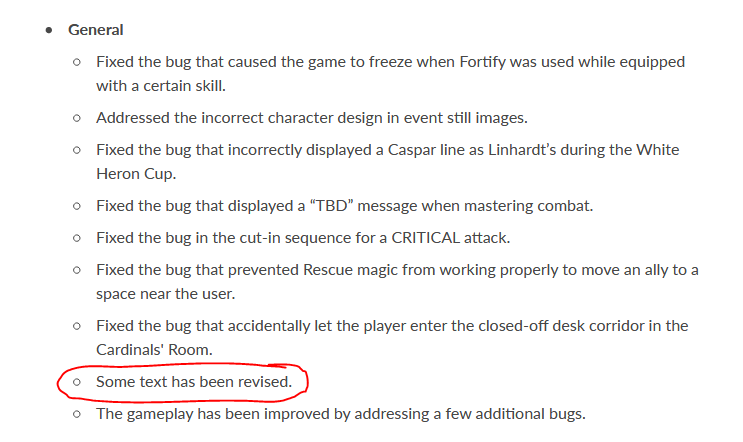 The patch notes don’t explain why the text had to be revised, though.

While gamers were left pondering this change, they were also greeted with the unwelcoming news that former voice actor for the character Byleth, Chris Niosi, had been replaced.

As reported by Nintendo Life, near the top of the changelog you’ll see that under the “New and Updated Features” sub-heading there’s a brief explanation about the voice actor being replaced. 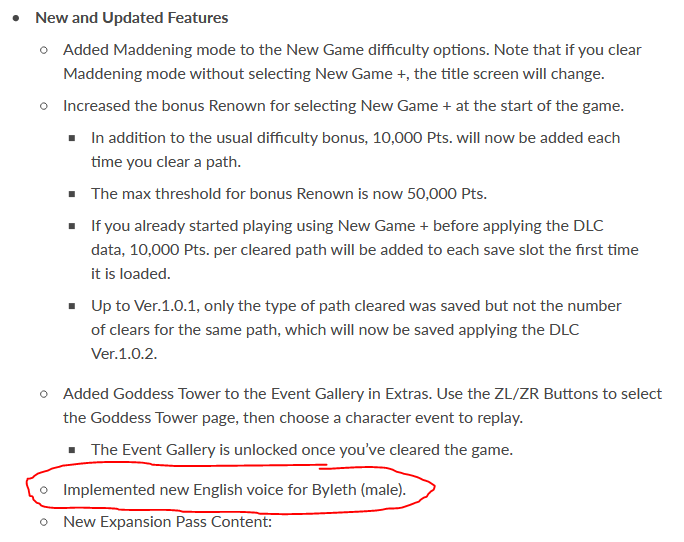 The significance of this is that Chris Niosi was fired based on hearsay generated by ResetEra.

A bunch of millennials and Twitter users have been flooding comment sections, forum threads, and YouTube videos claiming that Niosi violated his NDA agreement, but even that was hearsay promulgated by ResetEra. There was never any substantiated proof that he violated his NDA.

These allegations, however, made their way around the gaming sphere, along with claims that he was “abusive”.

Unfortunately for Niosi, he made the career-killing mistake of apologizing to the rumormongers by publishing a Tumblr blog opaquely explaining how he wronged people, vaguely alluding to some offenses he caused and people he hurt, but without really detailing anything. This was taken as an admission of guilt by the people who wanted to cancel his career, and so the internet broadcast these claims as absolute fact even though Niosi never admitted to breaking any laws nor doing anything unlawful.

Nevertheless, people continued to reiterate what was circulated by ResetEra and it led to Niosi losing his job. It’s another perfect example of Cancel Culture firing first and while never bothering to establish the facts later.

In any case, it’s not a good sign that Nintendo not only altered text post-release in Fire Emblem: Three Houses but also fired a voice actor based on claims spread around on social media.

(Thanks for the news tips Eric and CZ)