Russian developers oftentimes face hardships on Steam similar but not quite in the same way as Japanese, Korean, and Chinese developers. Usually the Asian developers see their games getting banned for “child exploitation” or for featuring characters that Valve deems as “underage”. Russians, however, have their games banned for “trolling”. That’s what recently befell Pitched Peach’s Girls’ Deadly School, a third-person school shooter featuring cute anime waifus.

DTF, a Russian gaming site, picked up the news from over on Pitched Peach’s Vk.com page. The developers shared an e-mail from Valve back on September 25th, 2019 revealing that the company had decided to pass on allowing Girls’ Deadly School on the Steam platform.

You can view the message below. 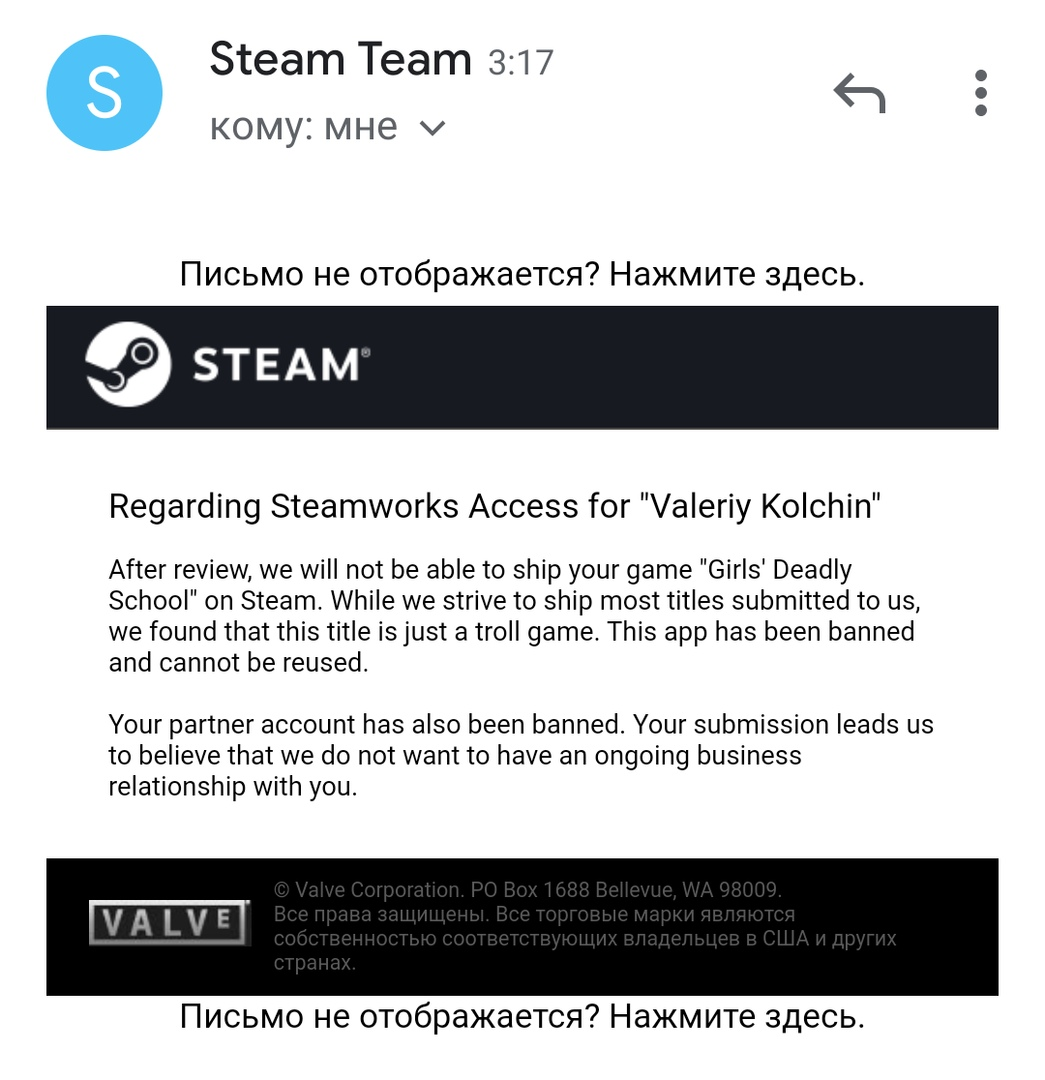 “After review, we will not be able to ship your game “Girls’ Deadly School” on Steam. While we strive to ship most titles submitted to us, we found that this title is just a troll game. This app has been banned and cannot be reused.

“Your partner account has also been banned. Your submission leads us to believe that we do not want to have an ongoing business relationship with you.”

So what made the game so bad and why did Valve not only ban the game but also permanently ban the developer? Well, take a look at the trailer below and judge for yourself.

The game is about an all-girl school being cut off from the rest of the world while a deadly catastrophe turns many of the students crazy.

Players take on the role of an anime chick who must venture through randomly generated rooms across multiple floors of the school, acquiring power-ups and goods in order to defeat the enemies in the dungeon-like school halls and eventually reach the final boss at the top of the school.

While the game is obviously cheaply made and feels like some generic assets were used in the construction, the core gameplay mechanics actually work. The shooting is serviceable and the enemy movements and combat tactics at least work. 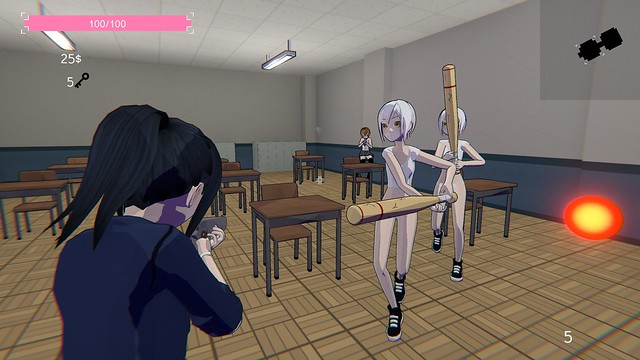 The base game has an element of charm that the developers could utilize for something potentially special. More room diversity, improved enemy AI, varied weapons, and a more ingrained story could actually make Girls’ Deadly School a small but noteworthy rogue-lite in a sea of forgettable rogue-lites.

For the most part, at least the game stands out and it isn’t another faux 8-bit indie clone from a West Coast studio pretending to be retro.

Of course, the ban of Girls’ Deadly School from Steam isn’t much of a surprise. Valve has a hard-on of hate for many anime-themed games, and they really don’t like Russian developers. Combine the two and it’s not hard to see how they came to their decision, even though there are far worse games on Steam at the moment, like Shower With Your Dad.

Whether or not invoking the “troll” card is better than claiming the game contained “child exploitation” is left up for you to decide, but you won’t be able to purchase Girls’ Deadly School from Steam. It’s yet another game added to the ever-growing Waifu Holocaust banned game list.

You can, however, purchase the game from the Pitched Peach itch.io page for $9.99.