P.A. Works and Kadokawa announced that they have a new anime in the works called Appare-Ranman!. The anime sees an eccentric engineer named Sorano Appare and a reluctant Japanese swordsman named Isshiki Kosame teaming up together to participate in a transcontinental race across America.

According to the Animate Times, the two travelers who venture from Japan to America during the early 20th century wind up poor and destitute when they reach Los Angeles. They attempt to make some cash by working odd jobs, but when that doesn’t cut it, Appare and Isshiki decide to build a vehicle and take part in a transcontinental race across America from Los Angeles to New York.

You can check out the debut trailer for Aappare-Ranman below.

The show has a distinct enough art-style, with a color cast of rivals and enemies for Isshiki and Appare to encounter.

The vehicles in the show are mirrored after a variety of racing machines from the early-mid 20th century, ranging from combustible four-wheelers to steam-powered hybrids.

Fan-service of the ecchi kind wasn’t made prominent in the trailer, but there was a hot Chinese racer named Jing Xialian with a huge rack that gets a brief spotlight a minute into the trailer.

The promotional poster for the anime that was broadcast from the Twitter account actually makes it look a lot more compelling than what little was showcased in the trailer. 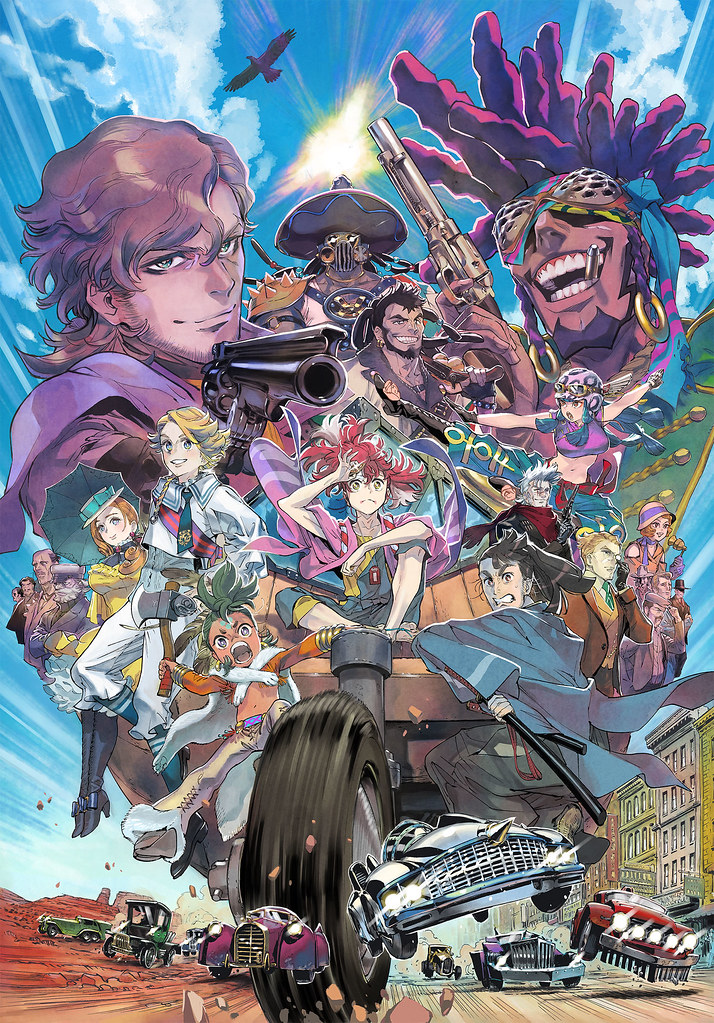 The general story seems to be a Japanese period-piece version of Burt Reynolds’ Cannonball Run series.

I certainly can’t complain about that. There’s certainly a stark lack of derivative works based around Cannonball Run, despite it being as popular as it was.

In any case, you can keep an eye on the show and its eventual release by visiting the official website.

(Thanks for the news tip NoriyukiWorks)