Anywhere between a dozen and 30 employees at Blizzard Entertainment staged a small walkout. The employees are protesting the company’s subservience to China’s totalitarian influence over their own society and international societies as well.

The Daily Beast spoke to one of the employees who was part of the walkout, where they said…

“The action Blizzard took against the player was pretty appalling but not surprising. Blizzard makes a lot of money in China, but now the company is in this awkward position where we can’t abide by our values.”

A user on Reddit posted an image of the small walkout in the Hearthstone sub-reddit. 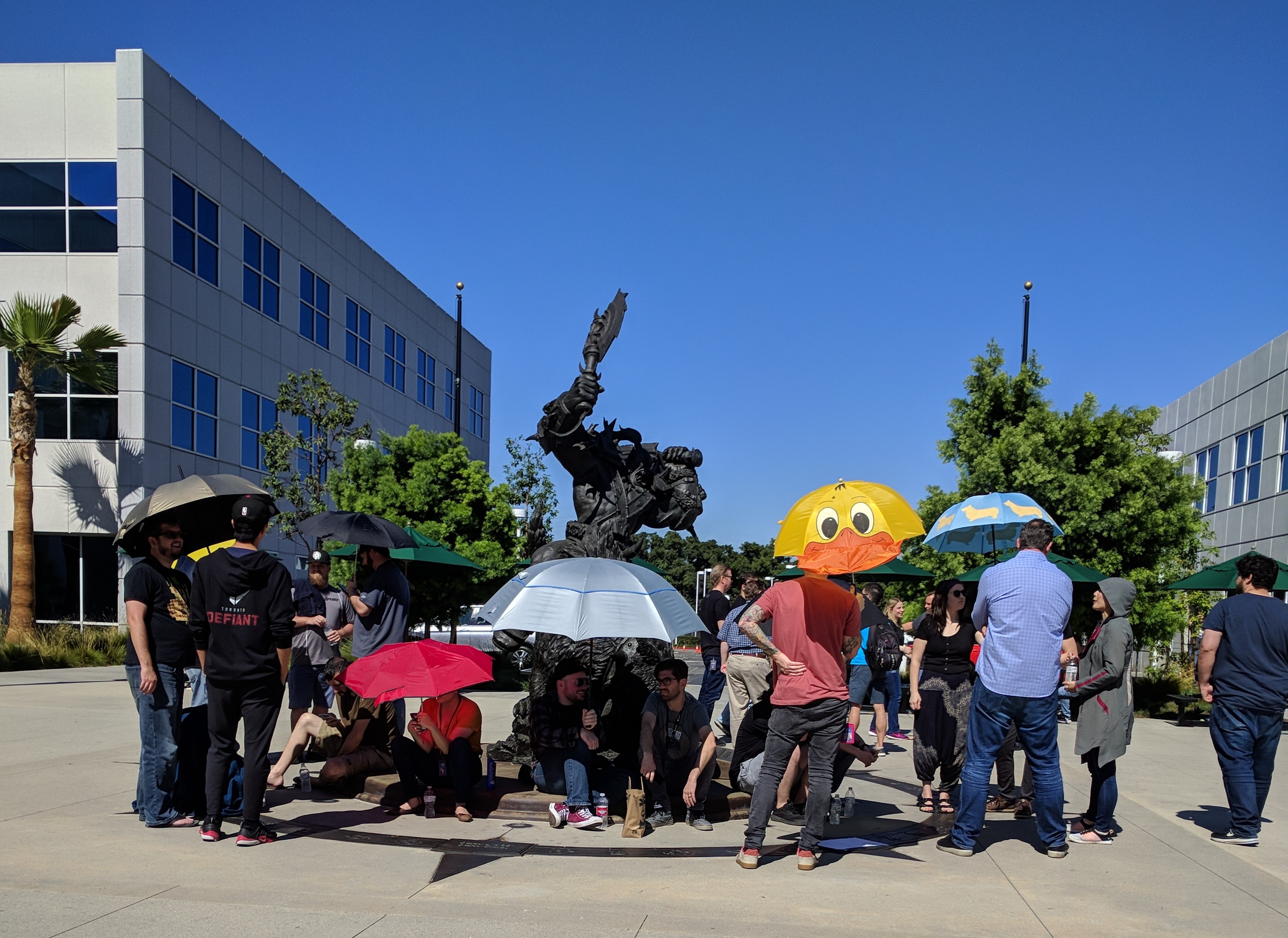 Some people think it’s a hollow virtue signal, others think that it’s the employees’ attempt to try to deflate some of the heat that Blizzard is feeling.

Nevertheless, as noted by Game Objective’s Brad Glasgow, while the walkout might be making some headlines around the internet, it’s important to still keep in mind the scope of Blizzard’s employee pool, which scales up into the thousands.

This issue is pretty darn big, so I would have to believe that a lot more people who work for Blizzard disagree with their decision. They are either scared to speak out or they believe doing so wouldn’t accomplish anything.

The small but notable protest from the Blizzard employees come amidst the company’s decision to rescind all the prize money and suspend Hearthstone e-sports champion Chung “Blitzchung” Ng Wai.

Compounding onto the issue is that China recently banned South Park from airing in the mainland for criticizing the PRC’s censorship policies, and for the NBA partnering with Communists to grow their streaming network. The NBA has also been enforcing censorship Stateside by ejecting fans who show vocal support for Hong Kong’s liberation.

The news was so widespread even a Senator chimed in on how bad it looks that American companies are enforcing Chinese-style censorship in the U.S.

Gamers, meanwhile, recognize that they’re likely in this fight alone, and have been using the power of social media and memes to inform people about Blizzard’s betrayal, mostly using Mei from Overwatch to help spread the word.

Others have taken a more silent but proactive approach by deleting their Battle.net accounts.

Not everyone has been successful in closing their accounts, however.

So now Blizzard have disabled ALL FOUR authentication methods to actively stop people from deleting their accounts. This is beyond disgusting. Spread awareness of this. #BoycottBlizzard pic.twitter.com/AyUiABgMXD

Nevertheless, it looks like Blizzard is holding fast in their decision to suspend Blitzchung and fire the two commentators, as well as to continue to censor content and play up their support of the PRC in the mainland.

The bigger question is: are there enough people to boycott Blizzard globally to make a bigger dent in their finances than what revenue they generate from mainland China?