Fans have been clamoring for a Western release of Rockman EXE4.5: Real Operation, but Capcom never delivered. The sequel to the game, titled Mega Man Battle Network 5, made its way Stateside but not the previous entry. Well, fans put in the time, put in the work, and managed to release an English translation patch called Mega Man Battle Network 4.5: Real Operation for Game Boy Advance aficionados.

The Rockman EXE Zone was quick to broadcast the news and inform gamers that the fan translation was available for download. You can download the complete patch directly from the Rockman EXE ZONE.

YouTuber ShadowRockZX did a 42 minute video covering the English translated patch and showcased some of the gameplay from Mega Man Battle Network 4.5. You can check that out below.

The patch is 15MB and comes with a digital and printable instruction booklet, as well as patches for both the European and North American versions of the game.

You will, however, have to obtain a Japanese version of the ROM first before you can apply the patch. The patch is only 500KB and it also includes the latest updates to the Japanese version along with the English translation. There are also some pre-saved files included for those of you who just want to get to the juicy parts.

Once you obtain the ROM, you’ll need to download a ROM patcher, you can either use ROM Patcher JS or Floating IPS.

Patch the ROM file, boot it up in an emulator or run it on a modified Game Boy Advance.

They suggest using mGBA or GBE+ to make use of the BattleChip Gate emulation for Mega Man Battle Network 4.5. Other emulators can run the game but don’t support the BattleChip.

So what is all this talk about the BattleChips? Well, the highlight of the game was that it utilized real-life Navi Data Chips similar to Amiibos, but for the Game Boy Advance. You would insert the chips into the top of the cart, almost similar to the way certain Genesis games utilized lock-on cart technology… but smaller. 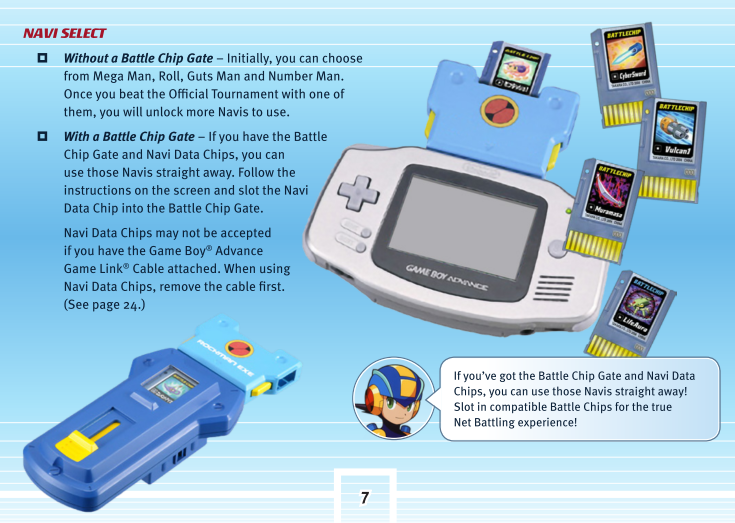 This is now possible via emulation, giving gamers access to the data chips from the Japanese version of the game, but with complete English support.

The team did make some modifications during localization, such as changing some Japanese holidays to Western holidays in order to keep the game’s real-time clock feature consistent with the region.

Since this isn’t an actual ROM release, it shouldn’t be hit with any cease and desist. It’s simply a translation patch and can work with both a dump of the original cart or an already dumped version of the cart from any of the other Japanese releases of the game.

As mentioned, you can download the patch right now and start playing Mega Man Battle Network 4.5: Real Operation in English for the very first time.