The trailer is straightforward and there’s nothing particularly special about it. I was kind of hoping he would have a lot more firepower at his disposal, such as a minigun, an assault rifle, the grenade launcher, and maybe a grenade belt to lob at opponents, but instead he has a rather limited arsenal of weapons he used from the movies, mostly relying on the shotgun, a sub-machine gun, and some future-tech mines.

You can check out the trailer courtesy of GameplayOnly.

It’s safe to say that Arnold is absolutely the best designed character in the entire game. It looks 1:1 like Arnold Schwarzenegger and even moves a lot like him, too.

It’s such a shame that we didn’t get a game where we could play as Arnold looking that badass and having the kind of arsenal we’ve come to love from the James Cameron set of films.

But alas, instead of getting a proper third-person Terminator film we ended up with crap like Gears of Woke 5. But I digress.

The T-800’s finisher is sort of inventive. He blows out the legs of his opponent, sends them through a time orb and lets one of the Terminators from the future blast a hole through them using a plasma rifle. 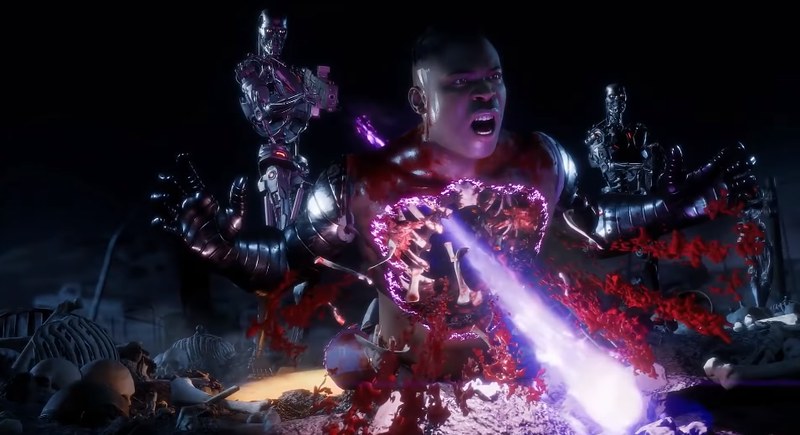 The character is cool, but the game isn’t.

It’s such a shame that a properly designed replica of Arnold had to be wasted on a title that was all about promoting wokeness and postmodern politics. Although, I shouldn’t be remiss in capitalizing on the opportunity to point out that Arnold specifically killed Jax in his trailer, which was the character that really put Mortal Kombat 11 on the map for being woke. So there’s some sweet irony there.

Anyway, the early access phase for the Terminator DLC gets underway on October 8th.