PQube and developer KEMCO announced the official release dates for the psychological horror visual novel, Raging Loop. The game will first appear for the Nintendo Switch and PlayStation 4 in Europe, followed by a release in North America for the PlayStation 4 and Switch as digital downloads, and then that will be followed by physical releases in North America, and finally a global release on Steam for PC.

So the actual dates for Raging Loop are detailed below per platform, per region.

So if you’re planning on getting the game digitally (although I wouldn’t recommend that) you only have to wait a short while to get it on PS4 or Switch. If you’re planning on getting the game physically, you’ll have to wait a month. Now personally? I would suggest waiting a month and getting a physical copy of the game. If the servers ever go down, if your account is ever compromised, or if you lose your Switch or get rid of your PS4, you’ll still have a hard copy of the game you can play.

Hopefully the scattered release date doesn’t scare away gamers from giving Raging Loop a try for the very first time.

KEMCO Corporation’s visual novel originally released way back in 2015 in Japan under the title Rei-Jin-G-Lu-P for iOS and Android. KEMCO later teamed up Dwango Co., in order to later republish the game on PC, Switch and PS4 in Japan two years later in 2017.

Two years after that, PQube managed to score the publishing rights to the game and is now scheduled to get Raging Loop up and out for European and North American gamers. 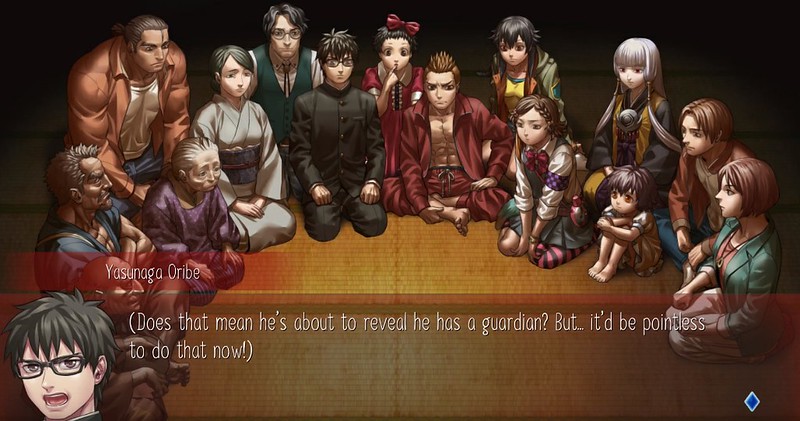 The story of Raging Loop centers around Haruaki, a lone traveler who finds himself lost on the road at night, trekking aimlessly into the cursed settlement of Fujiyoshi Village. A cycle of violence unfolds at the settlement due to a longstanding blood feud between ancient entities and the villagers, with Haruaki caught in the middle.

The visual novel is quite the departure from other psychological horror tales out there because you can only discover the true ending by dying.

Through failure you’ll uncover new mysteries, new secrets, and even new items that will allow you to escape from the raging loop that keeps the main protagonist trapped in a cycle of horror.

It’s a neat concept that definitely promotes a lot of replayability, which is rare from a visual novel. You can look for the game to initially launch in Europe in the middle of October, and in North America near the end of October.