If you haven’t been keeping up with all the drama surrounding Shenmue 3 (and really, why would anyone who wasn’t a backer want to do that? Unless they enjoyed the unbridled giggles and visceral tension that comes along with watching the equivalent of a Kickstarter car crash unfolding in slow motion) then you were probably unaware of the fact that some backers had been requesting refunds for the game. Well, not everyone was able to get their refund as intended at first, and it was reportedly due to an unannounced bug.

Buried in the comment section over on the Kickstarter page, one backer going by the handle Brian had asked about the status of refunds since he hadn’t received his refund.

He was informed that if the survey that was sent out didn’t take him to the PayPal page after requesting his refund, then his refund page was bugged. 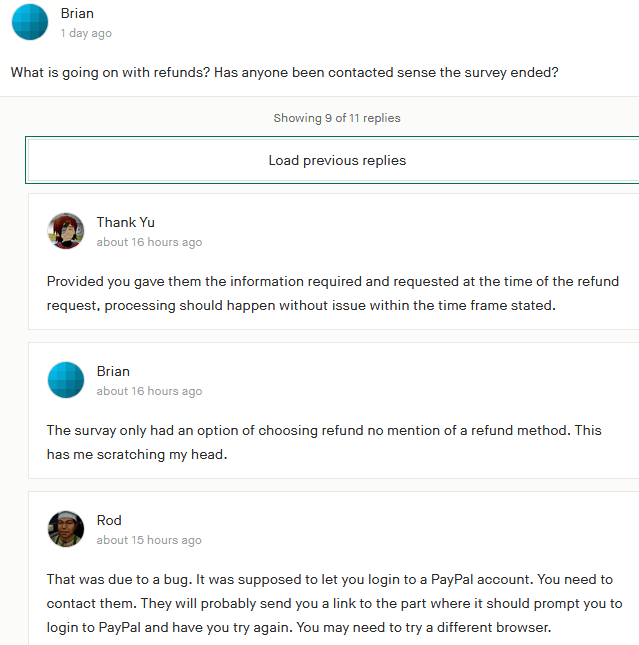 Rod would go on to explain that he had to contact Fangamer, provide them with the information about his order, and his Kickstarter account, and then he was able to get a refund as requested.

Later in the chain he was asked how he found out it was a bug, and he informed another user named Ben that that’s all he was told via e-mail. 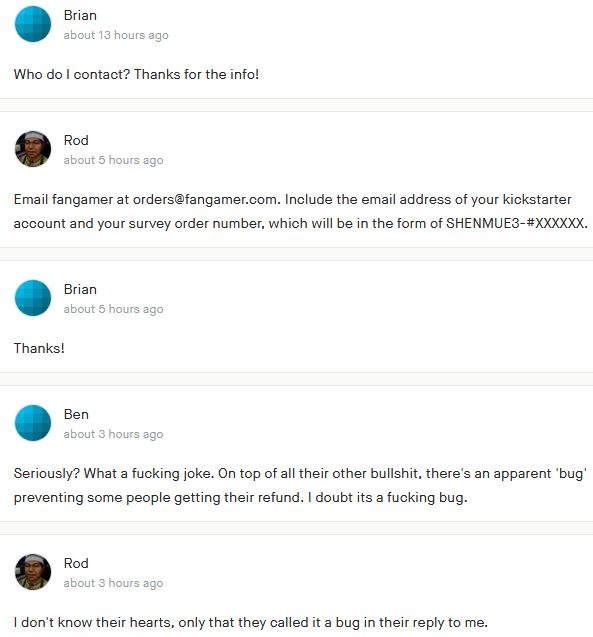 In an e-mail I was informed that after the user had requested the survey again he was given the option to log into PayPal and complete the refund process, writing…

“I then went back to the email where I had to request the survey, requested it again and now suddenly it had an option to login to my paypal to request the refund.”

Various other users have also reported that they were able to successfully refund the game as well, including Alex, who noted that despite having to pay a small fee, the refund was properly processed.

Deep Silver may have made the refund process somewhat cumbersome and inconvenient when they initially sent out the surveys back in September, but users are fumbling their way around the process to get their money back. But the real story here is that Deep Silver didn’t even bother to inform backers that there may have been a bug in the e-mail survey to process refunds. Backers essentially had to figure it out on their own.

If you happened to be one of the backers caught up in the swirl of confusion regarding the survey and the refund link not appearing, be sure to follow the steps outlined in Rod’s comment by contacting FanGamer about the issue and hopefully you can get your refund processed correctly. As Ys Net and Deep Silver mentioned back in early September, refunds can take anywhere between 20 days and three months to process.

(Thanks for the news tip Ben)