Fans of Pokemon have been in an uproar lately regarding various statements made by GameFreak that haven’t quite panned out. Specifically, there were reports circulating that the team had to scale back on the amount of Pokemon featured in Pokemon Sword and Pokemon Shield for the Nintendo Switch due to the art team having to completely redo all of the models from scratch. Fans were disappointed but understood that it requires a lot of work to build hundreds of new HD models from the ground up and animate each and every one of them. However, dataminers who got their hands on leaked copies of Pokemon Sword and Shield are showing images that claim that GameFreak is actually using the old models from the Nintendo 3DS versions of the game.

The leaks came via posts on Twitter by dataminers on November 12th, 2019, ahead of the games’ official release on the Nintendo Switch.

I’ve been going through the returning Pokemon models in SwSh and comparing them to the ones from SuMo, and so far every model I’ve checked has (unsurprisingly) been 100% identical. pic.twitter.com/ehyytH0QQY

Various users took the images to the Pokemon sub-reddit where the news blew up and they decided to start a hashtag called #GameFreakLied, which began to trend throughout the day.

The reason it began trending was because gamers were led to believe that GameFreak couldn’t include all of the Pokemon in Pokemon Sword and Pokemon Shield because it would have been too much work recreating all of the Pokemon in HD. This was reportedly said by both Junichi Masuda and Shigeru Ohmori back in June of of this year, where the duo stated that it would have been too hard implementing all 1,000 Pokemon.

Well, according to YouTuber Arlo, it looks like GameFreak did indeed lie to fans if the data leaks are to be believed.

However, as pointed out in the video, it’s also possible that the leaks are fabricated and that the models actually aren’t the same as the ones from the Nintendo 3DS. Remember, the leakers allegedly got their hands on the game before anyone else, so until additional verification is provided, it’s not entirely confirmed that the leaks are 100% accurate.

If the leaks are accurate, however, it opens up a whole other can of worms. 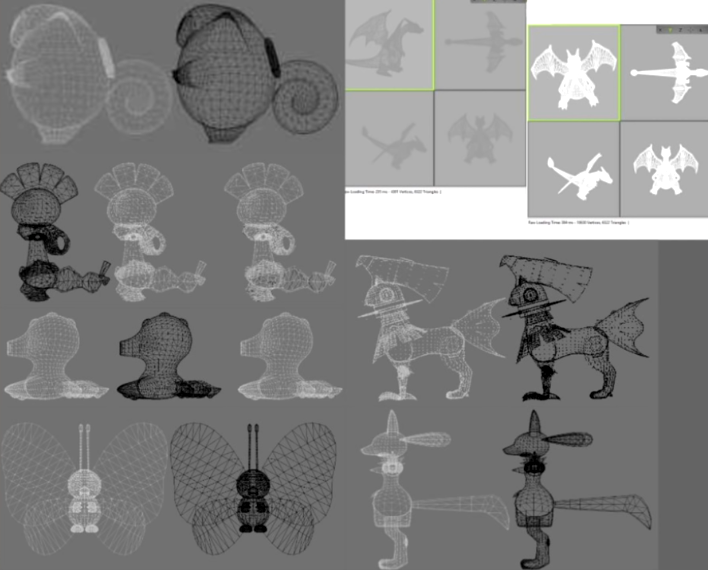 Arlo mentions that GameFreak had supposedly future-proofed Pokemon games by making HD sculpts of the Pokemon way back during the Nintendo 3DS’ era. This would make sense for a series like Pokemon where asset reuse is a staple of the design pipeline for the series.

There are also Reddit threads and videos from back in 2016 that do discuss GameFreak’s intention to reuse older assets and the retopological process to fit the models for the current generation of gaming without having to redo them.

So this poses the obvious question: if they had already future-proofed the models – and according to the leaked data it appears that they’re still using the old models – then why would they lie to say that they had to redo all the models and that’s why they couldn’t include them all?

Now, conspiracy theorists believe that the models are being reused and that GameFreak didn’t include all of the models so that in the next iteration of Pokemon they can proclaim that they have all 1,000 Pokemon included and then some, allowing them to bolster sales and reach a broader market.

The thing is, we don’t actually know for sure just yet if the models are indeed rehashed or if the leakers are just pulling everyone’s leg.

We’ll be able to tell for sure when the game launches on November 15th and others are able to mine the data and compare the models to the old 3DS games.

(Thanks for the news tip msd)