CyberConnect2 has a good pedigree when it comes to RPGs. Though more commonly known for their work on the Naruto line of games, the studio have developed great titles like Asura’s Wrath, Solatorobo: The Red Hunter, the .Hack// series along with a few other games. Now they’re gearing up for Fuga: Melodies of Steel.

The latest entry in the long running Little Tail Bronx series, depicts a world filled with anthropomorphic animals, aka furry bait. The latest iteration will aim to merge life sim elements and tactical combat into a 12 chapter package that will tell the tale of hope, despair, and revenge. 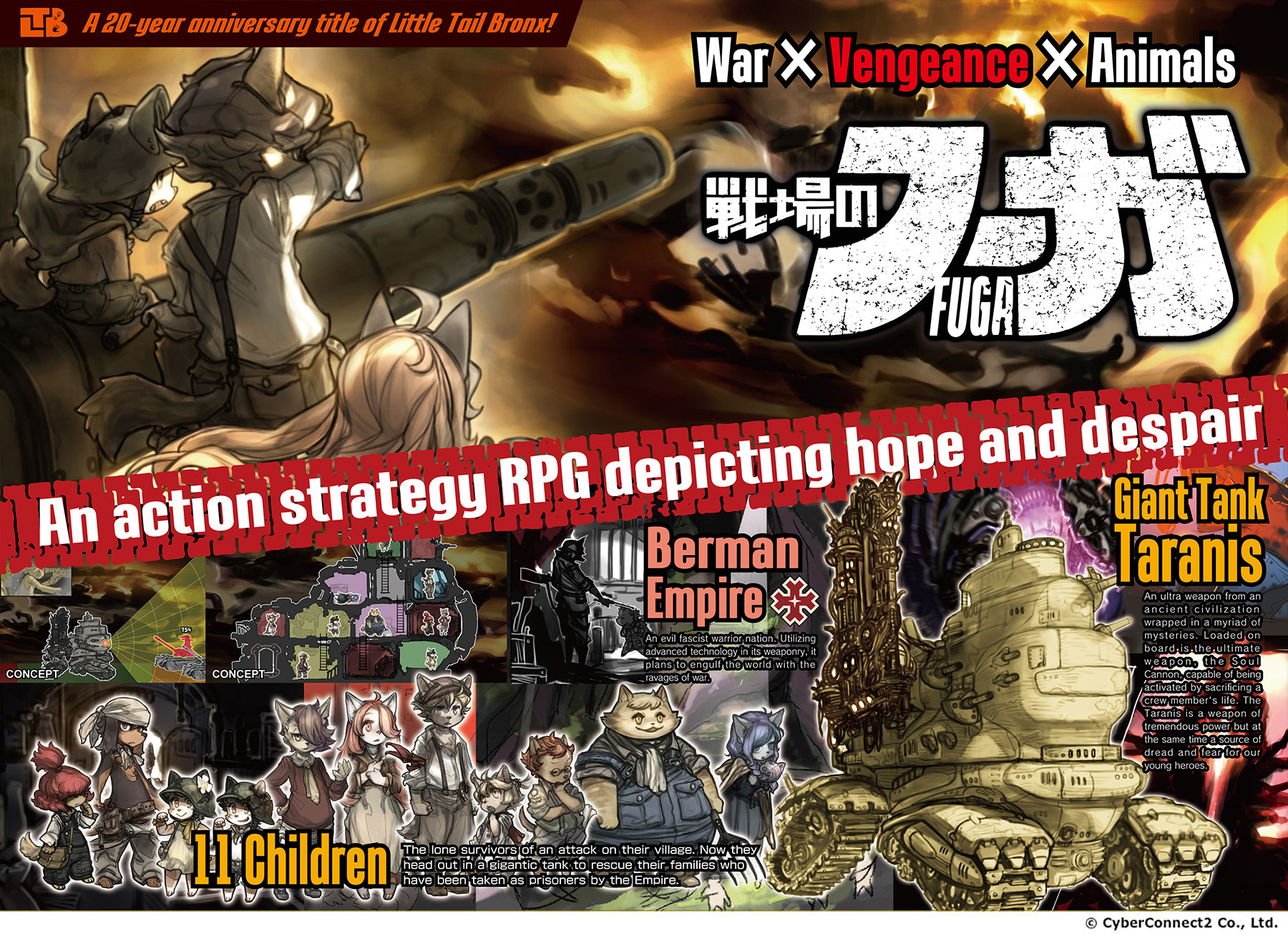 Don’t expect anything too thought provoking from the game’s WW2-esk setting. The Berman Empire is out to conquer the world by any means necessary and is described in English as a Fascist nation. Now I don’t know whether that is the phrasing of the developers or the localizers who translated the advertisement above.

Especially given the Berman are a stand in for the Germans who were Nationalist Socialists rather than Fascist as their Italian allies were. It is possible the two nations are being amalgamated into a singular force. It is equally plausible localizers are intentionally interjecting their ignorant ideology again. 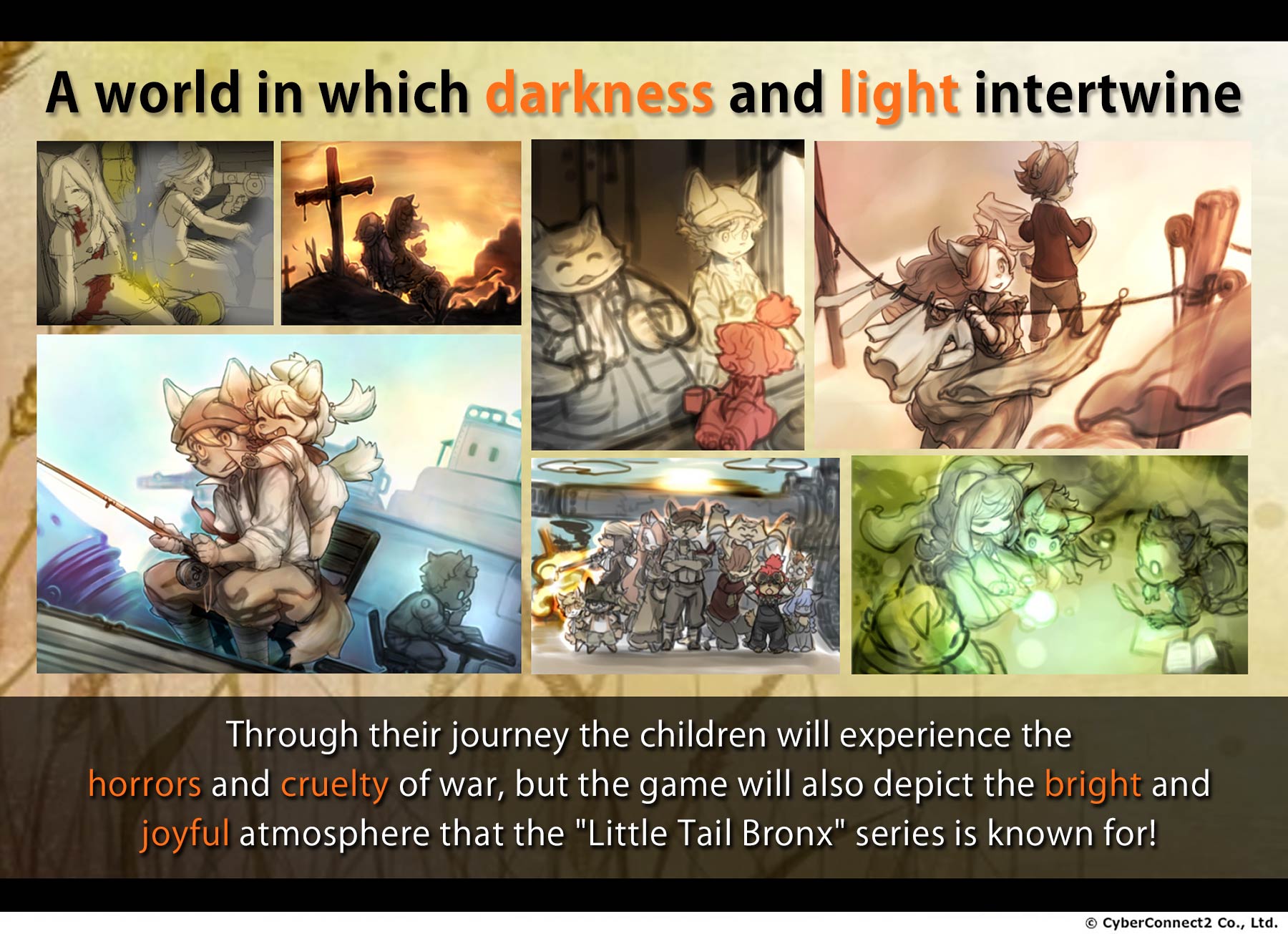 Whichever the case the narration will center around 12 children riding around in a Giant Tank that was leftover from some ancient empire. This huge tank is equipped with in addition to numerous armaments, a super weapon that will require the sacrifice of one of the children which creates a very interesting moral conundrum. Through the course of the game’s story you will witness these children’s struggles, hopes, dreams and determination.

In a way this creates a moral conundrum that vastly surpasses Bioshock’s “Do I sacrifice children for ultimate power?!” issue. For these children will not be a copy-pasted clone guarded by a boss. At the same time any failure will result in the player having to start the story from the beginning, but with all experience carried over. When the option arises to then sacrifice the child that you know on a more human level it will make the moment a more emotional decision. Compounding the matter further is the simple fact the best ending is locked behind the requirement of having all children survive. 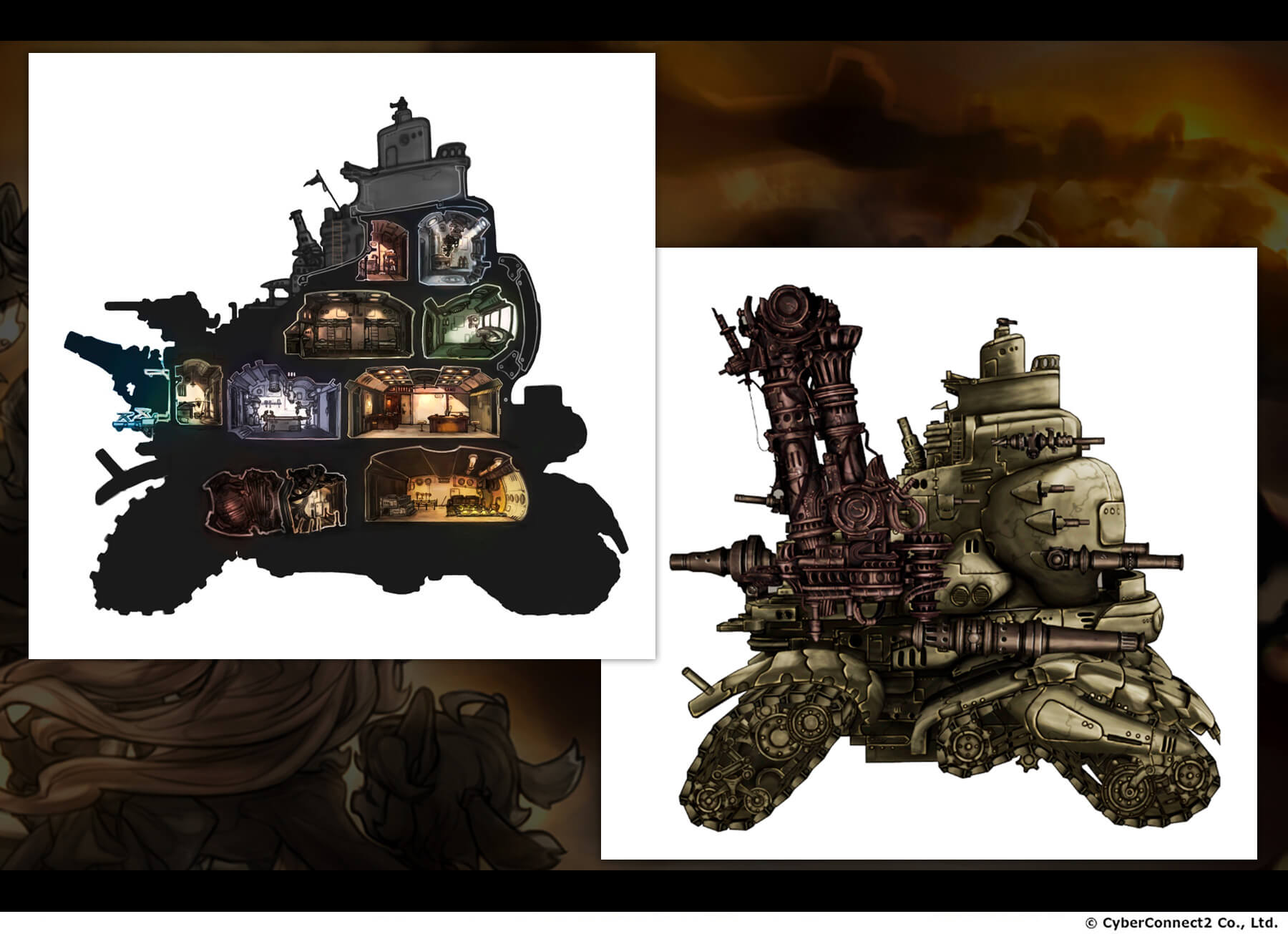 For those desiring a physical version of the game CyberConnect2’s CEO Hiroshi Matsuyama confirmed they have heard fan feedback and will be launching with a physical release as well as digital. International physical releases will be handled by the respective console publishers who have offered to assist in getting the game out to audiences.

We’ll find out whether Fuga: Melodies of Steel will deliver the emotionally driven tactical RPG experience it promises; or if it will ultimately fall victim to localizers agenda pushing when it launches in 2020.