343 community director Brian Jarrard had to quell some of the impatient community members who were getting a little riled up about the release of Halo: The Master Chief Collection on PC. With none of the scheduled games released on PC so far, Jarrard had to remind gamers that they never set a release date in stone and that the games would arrive on the glorious computer when they’re ready.

New Zealand outlet Gameplanet spotted Jarrard’s tweet from October 31st, 2019, where he corrected some no-name Twitter user named Josh who expressed his disappointment of not having any Halo games released from The Master Chief Collection on PC this year.

Hey Josh, we’ve never said anything about all the games arriving on PC this year. We’ve been consistently saying they’re ready when they’re ready. We certainly hope Reach arrives by end of year but much depends on flighting outcomes – when it’s ready, it’ll launch.

Josh’s comments came after the team at 343 issued an update on the status of the PC version of the game, where they discussed some of the tests that insiders are currently undertaking in helping iron out the kinks for the PC version of Halo: Reach. The update was posted up on October 31st, 2019 over on the Halo Waypoint website.

The last bit of notable news regarding the release before the most recent clarification on Twitter was from back in June, just before E3, where they revealed that they would be investigating split-screen options for Halo on PC, and that the insider testing would begin after E3.

At this point we do know that more testing has been taking place up through November 5th, and that the minimum specs for Halo: Reach on PC have been released. 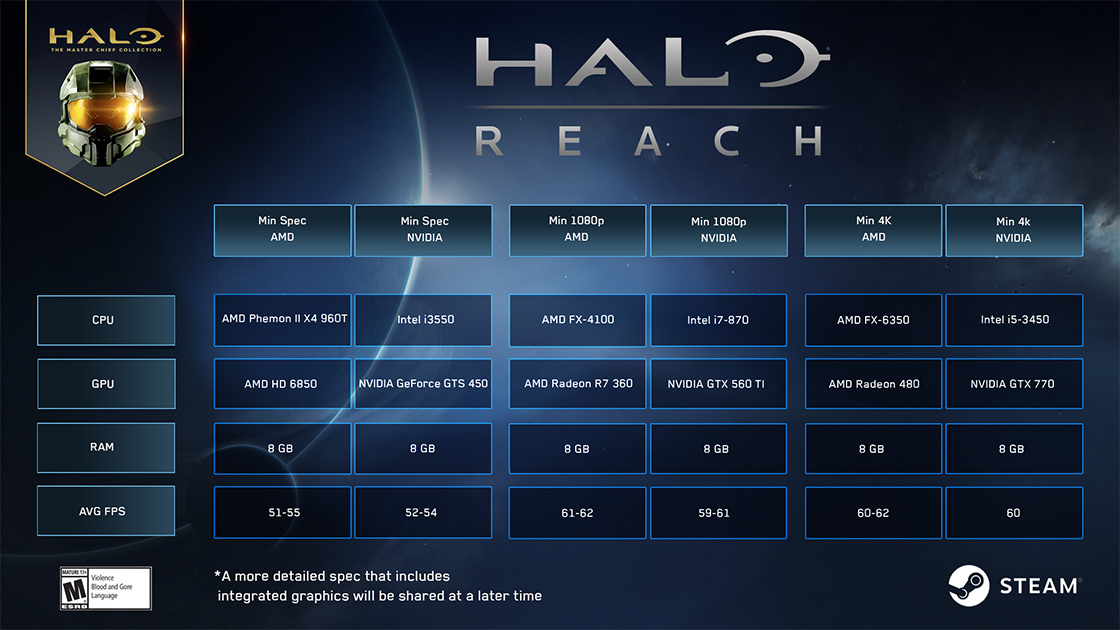 The team is also still working on cross-play, compatibility, and optimizing the single and multiplayer before committing to a release date.

At least the specs are manageable and the progress seems noteworthy. Now all we have to do is wait for a release date.