Ys Net and Deep Silver seemed to work hard to screw the pooch with Shenmue III. All they had to do was build and release the game on PS4 and PC, and let the market do the rest from there. But no… they had to screw over PC gamers with the Epic Games Store exclusivity, they had to make refunds difficult to acquire, and they even had to let Best Buy beat them to the punch in offering a better deal and better packaging than what they gave to backers. Nevertheless, if you still picked up a copy of the game despite all of that nonsense, there is a gameplay walkthrough available.

YouTuber PS4Kid has a playthrough of the game and full walkthrough playlist for Shenmue III from start to finish. You can check it out below.

At the start of the game, you’ll be able to choose between four difficulty settings. The easiest setting is basically if you just want a walking simulator experience. The hardest difficulty setting is if you’re a hardcore gamer with real skills and the ability to work your fingers across the controller like Bob Ross’ paintbrushes could make love to a canvas.

After you select the difficulty setting a lengthy cinematic will play that picks up literally where Shenmue II left off. Now if you’re unfamiliar with Shenmue II then why the heck are you playing Shenmue III?

Buy the double pack with the first two games if you don’t have a darn clue what’s going on in this game. 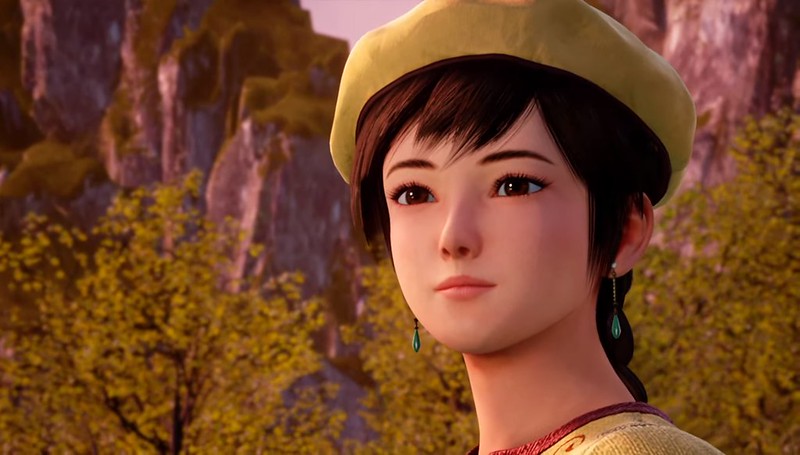 After the stolid cinematic plays with Shenhua and Ryo, you’ll appear at the bottom of the pathway.

Your main objective is to look for Mr. Yuan at the Bailu Village center.

You can check your objectives while walking around by tapping the Square button on the PS4 DualShock. If you’re playing on PC with an Xbox One controller, simply tap ‘X’ to open the memo pad.

After more of Ryo and Shenhua talking about the gatekeepers and the bridge, you have to follow her into Bailu Village.

Ryo is worried about outsiders attacking the village, which instantly makes it seem like potential migrant issues plaguing the issue, just like in Sweden, Germany, and what’s soon going to happen to Japan unless they keep their borders blocked to outsiders.

Once you reach Bailu Village, you can talk to the villagers as well as engage in the mini-games located there.

You can talk to the NPCs by tapping ‘X’ on the DualShock.

You can play the Pail Toss and Lucky Hit, the latter of which can earn you some extra coin. But you’ll probably want to talk to the villagers instead. 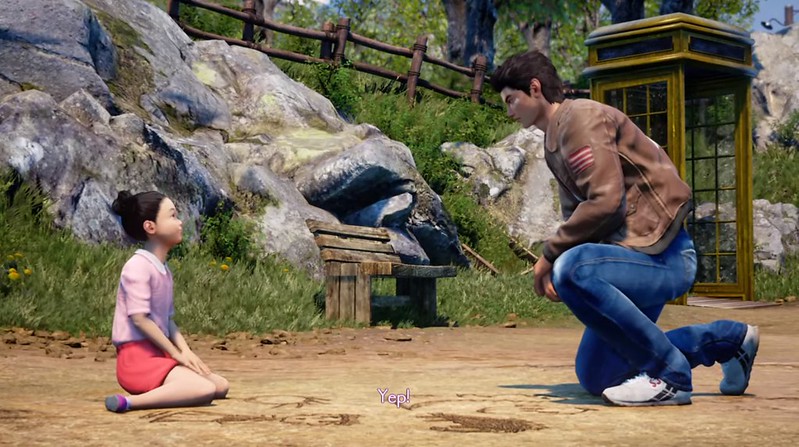 Talk to the annoying little girl drawing on the ground, she’ll inform you that her stonemason father won’t be home until 7:00pm.

The game will also inform you that you can skip time as well, which will allow you to time skip for quest purposes.

When you get done exploring the village, go to Lin’s house after 7:00pm to talk to the stonemason. When you wrap up there, go to Shenhua’s house.

You’ll find her place with some busted up walls next to the house with the sculptures.

There will be a time-skip and Shenhua will say that she would like to accompany Ryo by talking to the villagers the next day.

You can examine objects and look around at points of interest by holding down the left trigger and pressing ‘X’ to examine, to look, or to grab.

After you talk to Shenhua who is in the kitchen, go into Ryo’s room to sleep. 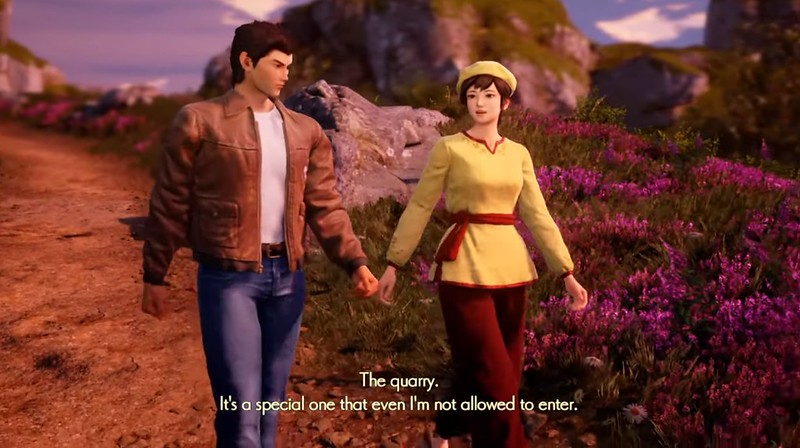 You’ll need to stick with Shenhua and follow her down the pathway to the Martial Hall dojo.

You’ll meet the master and finally get your first taste of combat by fighting Red Tiger.

The face buttons allow you to perform attacks, while the left trigger allows you to block.

Combining different techniques will allow you to perform different combos.

You’ll be able to fight other monks at the dojo to improve Ryo’s skills.

If you open up the option menu, you’ll be able to see all of Ryo’s learned skills. You can also assign your learned skills to the control layout using the skill editor.

Unfortunately you’ll have to stick with Shenhua for now and come back to the dojo later.

Talk to the fat master and you will learn the Elbow Assault. Simply follow the on-screen prompts as directed by tapping ‘X’, Circle, Circle when the indicator pops up.

The prompts will appear multiple times; the faster you do it the higher your level will raise via the blue bar at the bottom of the screen. Leveling up the attack will allow it to raise the attack level of the move.

You’ll also be able to finally run around using the right trigger while in exploration mode.

Talk to the young fop and then talk to Mr. Jiang. 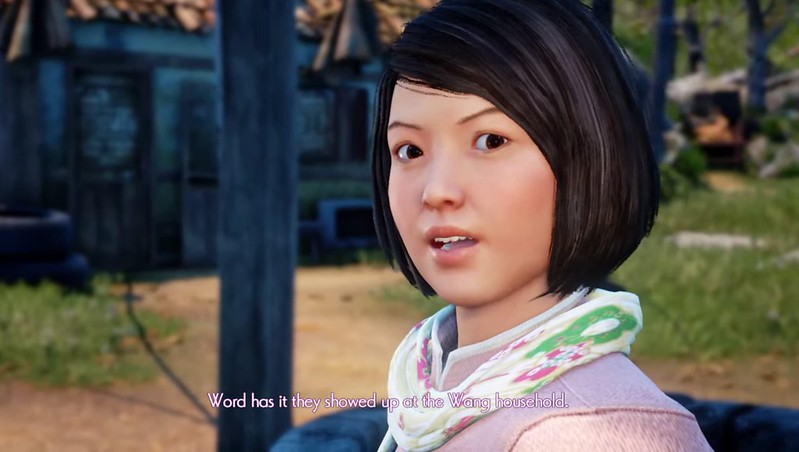 From there, go into the restaurant where Mrs. Jiang is located and talk to her.

Head out of the square and toward the sellers by the river. In the nearby shop you’ll find Mrs. Wong in the shop.

Talk to her and then talk to the old man and then go back to the martial arts dojo and practice the horse stance in the training mini-game.

Go to the bridge to talk to Wong Shiren about the thugs. However, he’s gone on to patrol the village – talk to Liu at the bridge and he’ll direct you to Shiren’s position.

You’ll find Wong Shiren just to the left of the monk’s martial arts dojo. He’ll be tending to the oxen by the fence.

Talk to him and he’ll direct you to a bookie with a scar on his cheek.

Go back to the shop and talk to Mr. Tao, who will direct you to Joy Park.

Talk to him and you’ll have to fight him to proceed.

Unfortunately in the previous video his kung-fu wasn’t good enough and he got his butt kicked.

If you’re weak like the guy in the video, then you’ll have to head back to the dojo to train your kung-fu and get stronger.

If you check the cards at the martial arts dojo you’ll see that the bookie has a fairly decent rank at the dojo.

Once you defeat the bookie he will direct you to the Flower, Bird and Wind bookie, who is located near the Verdant Bridge by the river.

The bookie will only arrive after 7:00pm.

You’ll need to buy tokens first from the first bookie. Once you buy the tokens play the game with the Flower, Bird and Wind bookie and beat him. He will then give you more info on the thugs.

The bookie will direct you to the Sunflower Grove where the thugs are located.