CyGames and Arc System Works’ Granblue Fantasy: Relink is still in development. It may not seem like it given that there’s been huge amounts of silence regarding the game, and any new information or updates have been sparse and infrequent. However, CyGames did let loose a new near-11 minute gameplay video showcasing the combat, party system, combos, traversal, and special maneuvers.

The last we reported on the game was back in February of 2019, where it was revealed that Platinum Games’ involvement with the development had ceased. The content on the YouTube channel for Granblue Fantasy: Relink had also been silent just up until this past week for the Granblue Fantasy 2019 Festival, where they rolled out some new trailers and gameplay content.

The 11-minute video was posted up over on the Granblue Fantasy YouTube channel, and you can check it out below.

The video starts off with four companions, rocking some level 45 equipment and gear, taking out some enemies in a cave before proceeding down through a canyon.

You can slot items into the four-way directional pad so you can easily buff your HP or refill your SP.

Special attacks are on a cooldown, so you can’t spam them endlessly.

The world is fairly large but the areas are also quite linear, similar to when you would traverse through quest-areas of games like Ni No Kuni or Final Fantasy XIV.

Combat all takes place in real-time, though. You can attack, dodge, evade and counter. 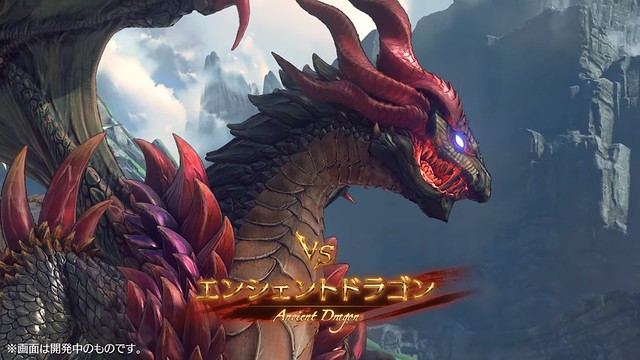 We later see that when the gauge is full, it’s possible to perform a full chain link attack with all of your available party members. You can perform this attack by pressing in the left and right thumbsticks together.

The combat definitely seems reminiscent of a traditional Platinum Games title, and I also couldn’t help but notice that the concept of Granblue Fantasy: Relink seemed to be what Microsoft wanted for Scalebound, where the publisher wanted it to be a multiplayer-style adventure game where you could ride on dragons, fight while off the dragon, and even transform to fight enemies.

After defeating the dragon the team were rewarded with some treasure chests.

The four characters that are featured in the gameplay video were previously introduced in a small cinematic trailer.

Now I imagine the game will go dark for a while and eventually reappear whenever it’s time for it to release on the PS4… but at this rate it’ll likely end up being a cross-gen title for the PS5.

(Thanks for the news tip アドベント・クラウン)